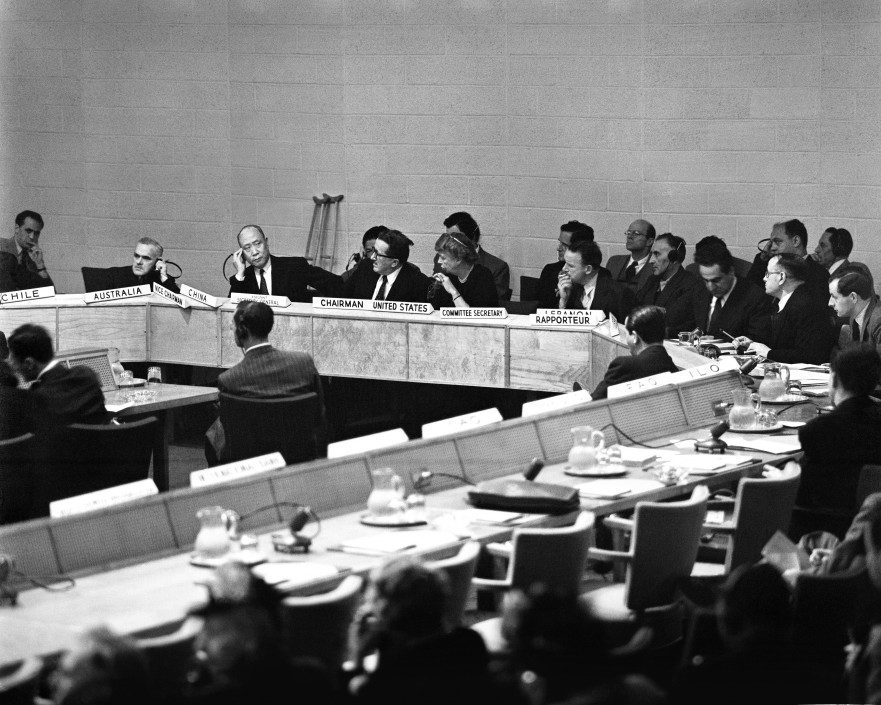 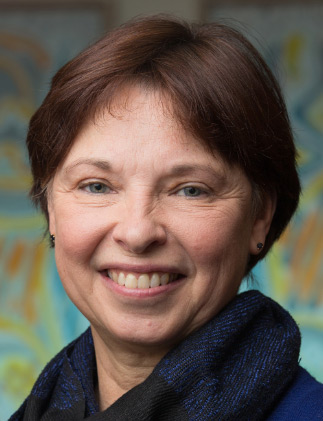 Many observers are expecting the 25th session of the Human Rights Council, which opened this week, to be a particularly bumpy ride. The combination of latent ill-feeling leftover from the General Assembly’s 2013 decision to only partially accept the Council’s annual report, significant changes to the Council’s composition, and the presence of a number of difficult and sensitive issues on the Council’s agenda have produced conditions that risk a perfect politicized storm.

So perhaps it is good, as delegates begin their important work, with one eye on their draft resolutions and the other on their perceived political ‘opponents’, to recall the beginnings of the international human rights system and to reflect on the inclusive and cooperative process – which relied on the combined vision, knowledge and determination of people from all four corners of the world – that led to the Declaration’s adoption by the General Assembly in 1948.

In one sense, the very existence of the Universal Declaration is extraordinary, because at the opening of the UN’s first meeting in 1945, there were no plans to draft a human rights declaration and nothing made that outcome inevitable.

During the war years, of course, the Allied powers had promoted human rights and fundamental freedoms, but the draft UN Charter negotiated by the US, UK, USSR and China at Dumbarton Oaks in 1944 made only a single reference to human rights. For Latin American states this was a disappointment, as human rights had been part of their own agenda since 1933 and they were keen to see the promotion of human rights included as part of the mandate of the new United Nations. Latin American countries thus figured prominently among states that helped ensure that human rights would be part of the core work of the new international organization. Chilean lawyer Alvaro Alvarez had in fact drafted a text for a human rights declaration, and at the UN’s inaugural meeting Panama’s delegation formally urged its adoption. Representatives of the fifty convening states declined to take up the proposal on the spot but agreed to enhance the prominence of human rights in the Charter and charged the UN’s Economic and Social Council to create a Commission on Human Rights that in turn would have responsibility for making recommendations about an “international bill of rights.”

In February 1946, an 18-member Commission of Human Rights was appointed and the task of producing a declaration was assigned to the Commission’s three officers, Eleanor Roosevelt (USA), Charles Malik (Lebanon) and Pengjun Zhang (China). The three officers met for the first time one Sunday in Eleanor Roosevelt’s New York apartment to discuss the project but reportedly spent much of the afternoon entangled in philosophical debates, with Malik promoting the idea of natural rights and Zhang arguing the merits of a Confucian approach. To break the impasse, a larger drafting team was assembled. John Humphrey from Canada, Director of the new UN Division of Human Rights, was asked to prepare the outline of an eventual declaration of human rights. In so doing, he drew heavily on materials at hand – including the Alvarez draft and a compilation of constitutions from around the world. French legal scholar Rene Cassin drafted a preamble and organized the operative articles into a legal format suitable for discussion and debate.

The draft Declaration went through multiple reviews before it was submitted to the General Assembly plenary for the historic vote of December 1948.

A first complete draft was readied by summer 1947. Over the next year, the full Human Rights Commission and its drafting sub-committee debated and massaged the text, clarifying concepts and inserting important provisions along the way. Delegates from China, Philippines, UK, Australia, and USSR, for example, worked with their counterparts from Latin America to negotiate and articulate a list of socio-economic rights to be included in the Declaration, resulting in the establishment of the right to food, clothing, shelter, and medical care as well as social security, education, and decent working conditions. Delegates from India, Dominican Republic and Denmark were ardent defenders of gender equality and succeeded in replacing the phrase “all men” with “all human beings.” The Soviets and their allies in the Communist bloc meanwhile ensured that phrases like “no one” and “everyone” were inserted into the text of nearly every article, stamping the Declaration with the language of non-discrimination. And the Egyptian delegate supplied phrasing for the Preamble that most directly and unequivocally asserted the Declaration’s universality, mandating that rights are to be upheld everywhere, “both among the peoples of the Members States themselves and among the peoples of territories under their jurisdiction.”

When the Commission concluded its work in summer 1948, the draft was forwarded for formal review to the UNGA Third Committee. From late September to early December, accredited delegates to the Third Committee (from 56 states) scrutinized the draft text, considering more than 150 amendments and taking votes article by article. Participation was widespread, with forty states offering commentary in the opening session. Charles Malik presided over all the sessions, using a stopwatch to keep the debate manageable while providing access to all participants. Delegates discussed the structure of the draft declaration as well as its contents, and the text of each article was carefully examined with an eye to future interpretation. Arguing that slavery needed to be addressed in all of its forms, for example, Poland’s delegate pointed to the problem of human trafficking. The representative from the Philippines argued convincingly that torture could not be attributed to cultural differences, in the face of a suggestion that allowances might be made for cultural practices. Representatives from Pakistan and Saudi Arabia engaged in a debate about child marriage, with the Pakistani delegate refusing to accept a change to the wording from “full age” to “legal marriageable age.” She successfully argued that the original wording more clearly conveyed the purpose of the article – to prevent child marriages and non-consensual marriages – and the Third Committee ultimately decided to retain the wording “full age.”

During the negotiations, Cold War tensions were ubiquitous, anti-colonial sentiments were rife, and many delegates argued unabashedly for provisions tailored to their own parochial concerns. Nevertheless, the negotiations moved forward. At times, the political undercurrents threatened the entire process and led some to despair, but in the end, many acknowledged that the arduous process of negotiation had given them a sense of joint ownership.

On 7th December 1948, the Declaration’s basic text was approved in the Third Committee, and two days later it was taken up by the General Assembly in plenary session for its final vote. As Emile Saint Lot (Haiti) said to the plenary in his capacity as rapporteur of the Third Committee:

“The United Nations representatives had sought out among old-established, or recent political, economic, social, and cultural rights, formulas which might be acceptable to men from the four corners of the world. The text of the draft declaration represented a kind of common denominator for those various ideas. It was perhaps not perfect, but it was the greatest effort yet made by mankind to give society new legal and moral foundations.” 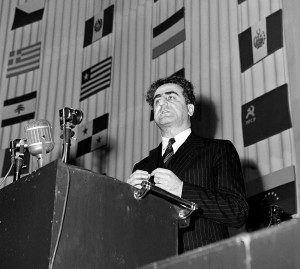 Dr. Charles Malik (Lebanon) addresses the third Session of the United Nations General Assembly prior to the adoption of the Declaration of Human Rights. Credit: UN Photo.

After a final review of the text and votes on several more amendments, the Declaration was approved unopposed on December 10. Although eight countries abstained, including South Africa, Saudi Arabia and Soviet bloc states, these positions were not definitive. Eighteen years later, the two human rights Covenants were approved with the unanimous support of a greatly expanded UN membership.

In presenting the draft UDHR for its final vote, Charles Malik summed up the process and underscored its significance:

“Thousands of minds and hands have helped in its formation. Every member of the United Nations has solemnly pledged itself to achieve respect for and observance of human rights. But, precisely what these rights are we were never told before, either in the Charter or in any other national instrument. This is the first time the principles of human rights and fundamental freedoms are spelled out authoritatively and in precise detail. I now know what my government pledged itself to promote, achieve and observe.”

As the current generation of diplomats, NGO representatives and UN staff look to build on this proud legacy and construct a Human Rights Council that can effectively safeguard the rights so painstakingly discussed and set down between 1946 and 1948, it is important to recall and be inspired by those momentous days. In particular, it is important to remember that the Universal Declaration was crafted not by one or two pairs of hands, and certainly not solely by Western hands, but is rather the product a global cooperative effort and is thus the inheritance of all people, everywhere.

As the President of the General Assembly, H.E. Mr. John Ashe, said at the opening of the Council’s 25th session:

“In these troubled times, let us take a moment to remember that a mere three years after the founding of the United Nations, our Assembly of nations stood together to reaffirm their faith in universal human rights as a main pillar of the organization, and that the Universal Declaration transformed into reality, for many generations and many more that are still to come, the bold and audacious premise that all people – regardless of circumstance – are born free and equal in dignity and rights.