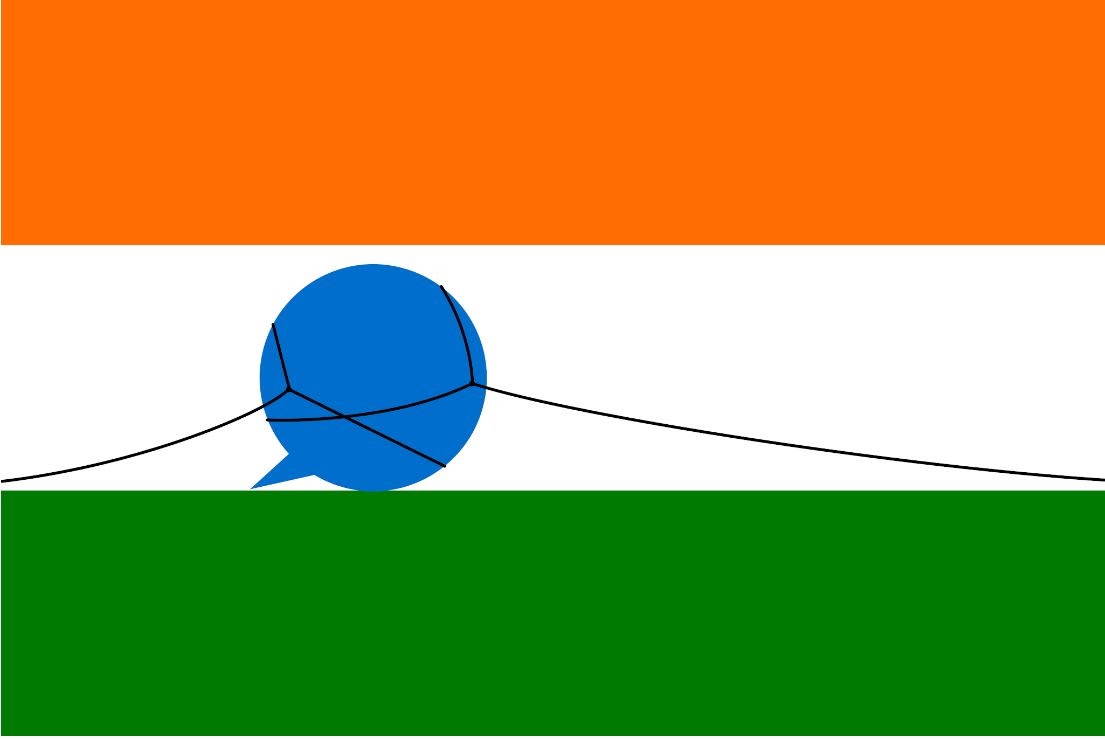 Amidst the collapse of the public health system in India and an atmospheric rise in COVID-19 cases, social media platforms became ‘town squares’; centres of desperate coordination for supplies as well as outlets for growing frustration at the government’s failure to prevent thousands of deaths. The Government of Narendra Modi has in turn pressured social media companies to block posts and remove users, though these campaigns, launched in the name of combating pandemic-related disinformation, have also targeted political opposition accounts and criticism of the Government.

On 2 June, new rules for social media platforms and digital news outlets, called the Intermediary Guidelines and Digital Media Ethics Code, came into effect. Failure to comply with these rules could lead to the removal of certain legal protections and would leave social media companies potentially liable for the content on their platforms. This has left social media companies in a difficult position – how to ensure access to legitimate public health information and preserve freedom of speech on their platforms, while combating disinformation and maintaining a working relationship with India’s Government (as well as access to a mammoth and lucrative market).

Amidst India’s devastating COVID-19 second wave, platforms like Twitter had become ‘akin to a town square,’ with thousands of social media users, including doctors, turning to Twitter, WhatsApp and Facebook to find hospital beds, medical oxygen, blood plasma, and medicine for stricken loved ones. The hashtag #COVIDSOS has painted a grim picture of the COVID-19 crisis and the limitations of the health system: ‘a 30-minute window into Twitter usage in India on April 27 there was on average one tweet every 30 seconds with the #SOS hashtag or mentioning the word “urgent”, relating to the COVID-19 crisis.’

Unfortunately, the same conduits that carried these calls for help also disseminated disinformation about the disease. While social media platforms primarily used content moderation, on 13 May Facebook announced that it would roll out a new campaign in India to educate people on how to detect misinformation related to COVID-19 while encouraging them to factcheck using authentic sources. Tips for detecting misinformation would appear on Facebook through adverts and a link to the website ‘www.fightcovidmisinfo.com/india/’, rolled out in English and 9 Indian languages.

Facebook’s new initiative promotes ‘media literacy’, a useful tool for combatting disinformation, rather than solely focusing on removing posts, which has proven to be a Sisyphean task. It also provides for the distribution of reliable sources and is accessible in multiple languages which can amplify its impact and reach. Facebook should seek to make the data on this exercise available to experts to determine its applicability in similar contexts.

Amidst a swelling death toll and crescendo of fear and anger on social media, the Modi government demanded that technology companies Facebook, Twitter and YouTube remove posts from their platforms that the Government considered to be dangerous or misleading. While in some cases, the posts were found to feature false information or disturbing images, in others, the posts were factually correct or appeared to challenge ‘lowball official death counts or criticise Indian leaders for their pandemic response.’ The companies did comply with the government’s requests at the time, making the posts invisible to those inside India.

Social media platforms had previously became caught in India’s efforts to crackdown on dissent during the massive protests in February by Indian farmers. At the government’s request Twitter briefly suspended accounts before reinstating them following public backlash. In February, in the face of India’s threats to arrest its employees, Twitter blocked 500 accounts, though it did not remove the accounts of journalists and politicians when ‘the orders to block them did not appear to be consistent with Indian law.’

Most recently, on 24 May, the administration sent police from the Government’s antiterrorism unit to Twitter offices in Delhi and Gurgaon to investigate why tweets made by senior members of the ruling  party about the coronavirus were labelled as ‘manipulated media’. There were no employees present at the Twitter offices and this visit has been viewed by many as an intimidation tactic. In June, the new guidelines entering into force request that social media companies establish a grievances mechanism, submit monthly reports to the Ministry of Electronics and Information Technology on actions taken to address complaints received from users, and for messaging apps to establish provisions for tracking the origins of a message.

As indicated above, social media platforms have been relied on by users in India to coordinate non State action on public health, as well as to hold the government accountable, a critical component of any healthy democracy. As they have also been conduits for disinformation, there are of course legitimate reasons for content moderation, but this necessity has placed social media companies directly in the path of a Government that appears more intent on stifling dissent than controlling the spread of a deadly disease.

One route social media companies could take is to try to contest the Government’s requests in Indian courts. In fact, WhatsApp (whose parent company is Facebook) has filed a lawsuit in Delhi to block the new regulations that experts argue would force Whatsapp to violate privacy protections. In a conversation with The New York Times, Mishi Choudhary, a lawyer who works to defend digital rights in India and the United States, said of tech companies ‘If they’re going to squeeze money out of our market, they better also stand up for our people.’ The risks posed to democratic norms and human rights by the new digital ecosystem are significant, particularly if these platforms fall prey to disinformation spread by political candidates, or strongarming by Government actors, including in established democracies like the US or India.

Ultimately, no matter how much of a geopolitical actor social media companies become, it is of course the responsibility of the Government in India to prioritise the health of their people and their democracy. Other States, including allies like the US, can also prioritise this issue in their engagement with India. Platforms for international cooperation, like the Human Rights Council, should strive to provide guidelines for social media regulation that prioritise rights protections while accounting for present social and public health challenges.