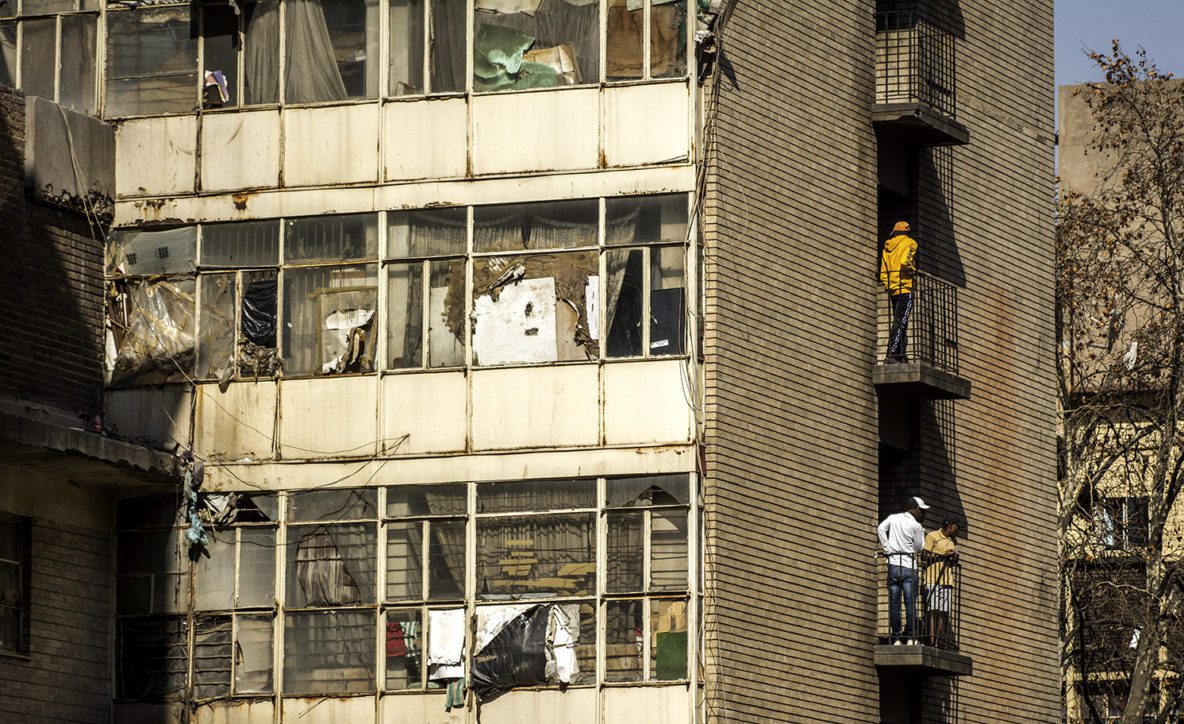 ‘The world is at an existential crossroads.’ These are the opening words in the outgoing UN Special Rapporteur on Extreme Poverty and Human Rights Philip Alston’s final report to the UN Human Rights Council submitted in July 2020.

Professor Philip Alston, one of the world’s most distinguished human rights experts, used his five-year tenure to put a spotlight on the critical linkages between poverty, inequality and failures to protect human rights globally.

Alston has also undertaken a series of country missions. During these, he has documented serious and systemic human rights violations caused, for example, by austerity policies in the United Kingdom and Spain or by the extreme and expanding inequalities in the US. His well-researched and fact-based reports have created great discomfort among governments, especially in the UK and the US, who disliked facing this kind of international scrutiny.

Notably, his work has been well-received by the many individuals, community groups, think tanks and organisations that he met with, listened to and gave a voice to describe the socio-economic, political and human rights realities they experience in their daily lives.

His work has left a mark.

His 2018 visit to the UK, for example, inspired the creation of the “Social Rights Alliance of the North East of England”. Local people – from the areas hardest hit by the UK government’s austerity politics over the last decade – took this initiative inspired by his investigation on behalf of the United Nations. It is a great example of how international human rights monitoring can hit close to home.

The UN Special Rapporteur is not leaving his role quietly. For good reason. To call his final report, which is entitled “The parlous state of poverty eradication”, timely would almost be an understatement. His report was presented to the Council on 7 July 2020 during its recent 44th session. More than 45 states and 10 NGOs delivered statements in response to the report and the work of the UN Special Rapporteur.

The challenge is for civil society to take his recommendations forward, as it is unlikely that many governments will.

The “existential crossroads” that Alston identifies the world as now facing, involves five elements: the Covid-19 pandemic, a deep economic crisis, devastating climate change, extreme inequality and a movement fighting the prevalence of racism in numerous countries. There is a common thread that runs through all these challenges, namely, as he writes, “the dramatic and longstanding neglect of extreme poverty and the systemic downplaying of the problem by many governments, economists and human rights advocates”.

The UN Special Rapporteur has for years warned us about this neglect. That means long before Covid-19 entered the global frame. Now, the pandemic is here to exacerbate all the existing problems. The estimates of the Covid-19 impact predict that more than 70 million additional people will be pushed into extreme poverty (the number increases to 176 million with a more reasonable measurement for this level of poverty). Hundreds of millions will become unemployed. More than 250 million are estimated to be at risk of acute hunger.

There is a reason that we have ended up here. We have not, according to Alston, taken extreme poverty seriously enough and addressed the consequences of its problems. It is actually worse than that. Leading policy actors have – armed with the World Bank’s superficial international poverty measure – declared major progress (verging on victory), over extreme poverty way too soon. Complacency has governed global discourse. Opportunism and indifference have nurtured it.

Alston has spent considerable effort analysing what he labels the “misplaced reliance” on the World Bank measurement – the so-called International Poverty Line (IPL). The current poverty line is placed at an income of $1.90 a day. The positive messaging has stated that since 1990, the number of people in extreme poverty has fallen from 1,895 billion in 1990 to 736 million in 2015 or from around 36% to 10% of the world’s population.

That would be good news – if it was true.

The problem is that the chosen measure skews the conversation and distorts reality. The real threshold of existing extreme poverty may well be three to four times higher.

The World Bank’s IPL does not take relative economic factors related to purchasing power parity between countries into consideration. It is a one-size-fits-all measure. It has been extensively critiqued, but still, it is being promoted as the key measurement. This is despite major institutions and actors knowing better. It is noteworthy that the economist who developed the International Poverty Line is now criticising its usage. He is one of the experts that Alston has consulted in the preparation of the report.

The problems with the World Bank IPL becomes particularly jarring when compared with the national poverty lines established by many countries themselves. The discrepancies here are actually mind-boggling. Alston quotes the most recent comparisons that are available: “Thailand has a poverty rate of 0% under the IPL but 9.9% under the national line, the US, 1.2% versus 12.7%, South Africa 18.9% versus 55%, and Mexico, 1.7% versus 41.9%.”

The conclusion is clear. This World Bank measure should not be such a central reference when trying to determine whether the international community is eradicating extreme poverty or not. It is designed to reflect a “staggeringly low standard of living, well below any reasonable conception of a life with dignity”.

We desperately need a new conversation about dealing with poverty and inequality. We need ways of measuring that speaks much more truthfully to lived realities. The Covid-19 pandemic only makes this more urgent. The World Bank measure should not be propagated further because more reasonable measures do exist. The problem is that it is still being propagated. It has become a benchmark for measuring the Sustainable Development Goal 1 on poverty – part of the 2030 Agenda for Sustainable Development.

It is therefore not surprising that the second area of focus of the UN Special Rapporteur’s critical assessment is the Sustainable Development Goals (SDGs). He identifies a lot of activity related to SDG implementation but little transformative impact. The assessment is pretty damning: “Instead of promoting empowerment, funding, partnerships, and accountability, too much of the energy surrounding the SDG process has gone into generating portals, dashboards, stakeholder engagement plans, bland reports and colourful posters. Official assessments are rarely critical or focused, and they often hide behind jargon.”

One observer is quoted for saying that the major accountability forum – the so-called High-Level Political Forum which concluded 2020’s annual two-week gathering on 17 July 2020 – is “a platform that welcomes all and challenges none”. This is simply not good enough – even more so in a time of global crisis.

It is clear that the Covid-19 pandemic forces us to rethink strategies for SDG implementation. We were not in line with meeting the 2030 SDG targets before the pandemic arrived. The situation has now only gotten worse. However, the appetite seems mainly to salvage the SDG process out of the pandemic predicament, but we cannot avoid having to face its devastating reality.

One key slogan has underpinned the SDGs since their adoption in 2015, namely “leaving no one behind”. This has the potential to serve as a transformative human rights concept that challenges discrimination, marginalisation and inequalities. However, this slogan risks becoming the latest gloss we pour on our international development commitments if it does not help us achieve traction against the lack of accountability that is currently so prevalent in SDG implementation and review processes.

The UN Special Rapporteur has provided some highly relevant critiques of SDG implementation that the international community would do well to consider. He also offers a range of policy solutions for the international community. These include tackling inequality, embracing redistribution, implementing universal social protection, embracing participatory governance and moving beyond the aid debate to promote tax justice. On the latter point, he explains that: “The terms ‘taxation’ and ‘fiscal’ appear but once in the 2030 Agenda. The assumption seems to be that those issues only relate to the challenge of financing. But, taxation, both as a symbol of solidarity and burden-sharing, and as a reflection of deeper values, must be front and centre in any set of policies to eliminate poverty.”

The UN Special Rapporteur on Extreme Poverty and Human Rights is not the only person to make these points in public. Many civil society organisations, human rights advocates and economists are also raising exactly this point. However, Alston is absolutely correct in using his mandate to bring this debate before the UN Human Rights Council.

It is one of the most important and principled debates that needs to take place nationally and internationally. It is clear when we remove the veil of propaganda from the data on extreme poverty globally – something the UN Special Rapporteur’s report convincingly helps us do – that too little progress has been made over several decades now. It is not just about speaking truth to power. It is more fundamentally also about just speaking truthfully about the global human condition.

In the report’s closing paragraph – which is also the closing statement of Alston’s distinguished five-year tenure as UN Special Rapporteur – he summarises what the lessons are for all of us: “Extreme poverty is and must be understood as a violation of human rights … Only when the goal of realising the human right to an adequate standard of living replaces the World Bank’s miserable subsistence line will the international community be on track to eliminate extreme poverty.”

The message really could not be clearer. The question is: Does the international community really care?

This article first appeared on Maverick Citizen, and has been reproduced with the author’s kind permission.

Steven LB Jensen is a senior researcher at The Danish Institute for Human Rights. He is co-editor of the anthology Histories of Global Inequality. New Perspectives published by Palgrave Macmillan in 2019.

Feature picture: Residents gather on the balconies of a dilapidated residential apartment block in the Central Business District of Johannesburg, on Thursday, 7 May 2020. (Photo: Waldo Swiegers / Bloomberg via Getty Images)