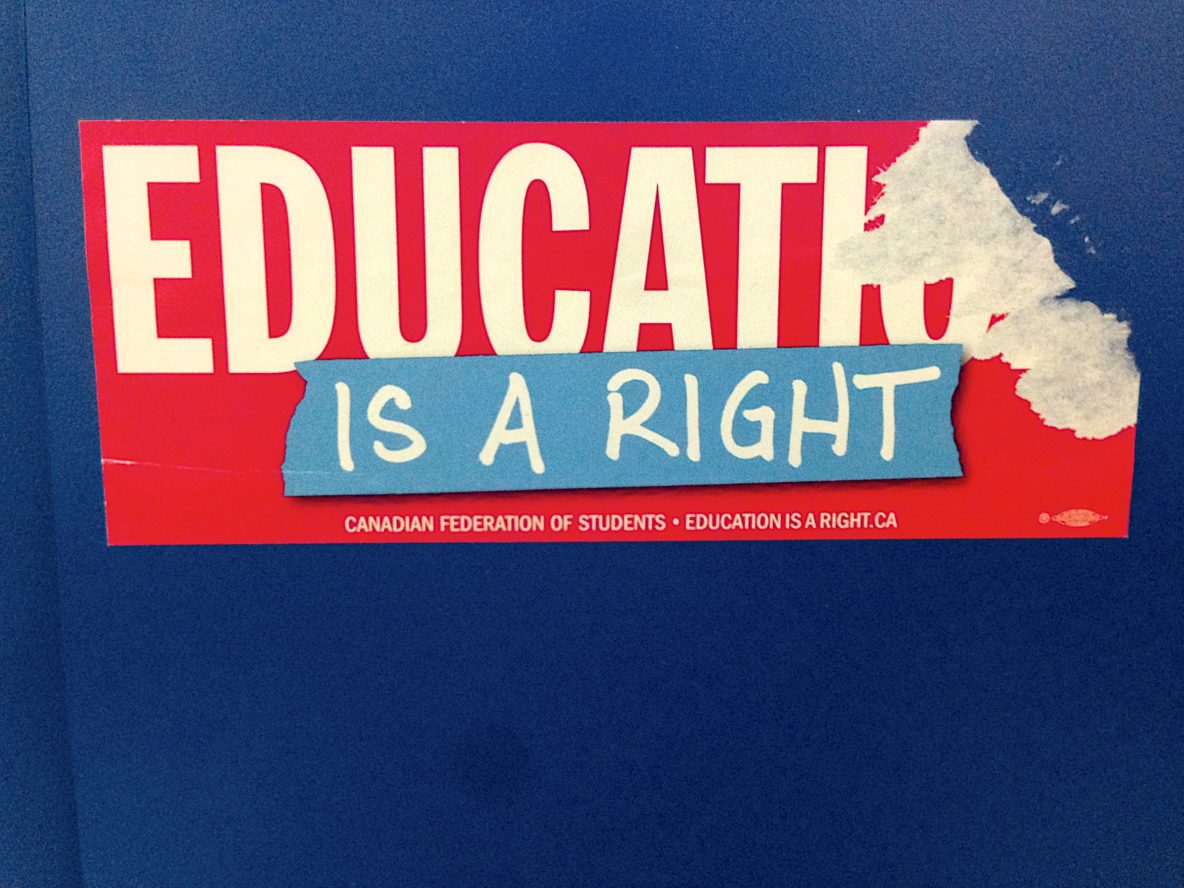 One of the most entertaining exposés of the recent scandal in the UK around A-Level (for 18 year olds) and GCSE results (for 16 year olds), and in particular the automatic, computer-generated (via an algorithm) downgrading of kids from State schools in poorer parts of the country, was undoubtedly provided by James O’Brien of LBC radio. Speaking on 14 August, he explained that the offending algorithm (which automatically punished pupils from poorer areas and underperforming State schools, as compared to their more wealthy, privately educated peers) had merely made explicit something that had previously been implicit – namely, that the UK has, over decades, built an education system that is fundamentally unfair, unequal and discriminatory – in clear violation of its obligations under the International Covenant on Economic, Social and Cultural Rights (ICESCR). Unlike countries such as Finland, where every child, no matter the station of their birth, enjoys an equal right to a State-funded and State-provided high-quality education, in the UK quality education and opportunity are commodities – to be sold to the highest bidder (in the form of places in the country’s elite private schools).

After a popular outcry against the new grading system, on 17 August the Conservative Government made a hasty U-turn – marking an important victory for the thousands of students from England’s comprehensives and sixth form colleges who had been unfairly downgraded and risked losing places at university. Yet in reality the U-turn will change nothing about the underlying, unequal and unfair nature of the national education system – a system that for centuries has been the main cog in a perpetual, grinding engine of inequality.

Writing in the Guardian in 2019, Francis Green and David Kynaston explained the particular impacts of private schooling on equality and non-discrimination, and on economic and social rights in Britain.

‘What particularly defines British private education is its extreme social exclusivity,’ they wrote. Only about 7% of the UK’s school population attend such institutions, ‘and the families accessing private education are highly concentrated among the affluent.’ Once there, pupils at the country’s leading private schools (e.g. Eton, Harrow, Westminster) are ‘overwhelmingly […] rubbing shoulders with those from similarly well-off backgrounds’ – thereby perpetuating the UK’s rigid class system and cementing the division of the country into ‘haves and have-nots.’

The consequences of this for an individual’s economic and social rights continue throughout his or her life. ‘The proportion of prominent people in every area of UK life who have been privately educated is striking, in some cases grotesque,’ according to Green and Kynaston. ‘From judges (74% privately educated) through to MPs (32%), the numbers tell us of a society where bought educational privilege also buys lifetime privilege and influence.’ They might also have added that 59% of civil service permanent secretaries, 54% of top journalists, and 85% of British Prime Ministers attended private school (fully 20 of them, Eton). British private schools are, in short, the UK’s ‘engines of privilege’ (the title of Green and Kynaston’s 2019 book on the subject).

The UN has been openly critical of this situation. Following his visit to the UK in November 2018, UN Special Rapporteur on extreme poverty, Philip Alston, noted that the UK had long been a ‘pioneer in privatising previously public services across a wide range of sectors.’ And yet, he noted, ‘in 2018, the National Audit Office concluded that the private finance initiative model had proved to be more expensive and less efficient than public financing in providing hospitals, schools and other public infrastructure.’ ‘Abandoning people to the private market in relation to services that affect every dimension of their basic well-being, without guaranteeing their access to minimum standards, is,’ according to Alston, ‘incompatible with human rights requirements.’

Alston’s comments echoed those of the former UN Special Rapporteur on the right to education, Kishore Singh. Writing in the Guardian in 2015, Singh argued that ‘education is not a privilege of the rich and well-to-do; it is the inalienable right of every child […] Privatisation cripples the notion of education as a universal human right and – by aggravating marginalisation and exclusion – runs counter to the fundamental principles of human rights law. It creates social inequity.’

The importance of equal access (including economic access) to a quality education, for individual children and society as a whole, has also been recognised by the UN Treaty Bodies. In its General Comment 13 in 1999, the Committee on Economic, Social and Cultural Rights reminded States that: ‘Education is both a human right in itself and an indispensable means of realising other human rights. As an empowerment right, education is the primary vehicle by which economically and socially marginalised adults and children can lift themselves out of poverty and obtain the means to participate fully in their communities. Education has a vital role in empowering women, safeguarding children from exploitative and hazardous labour and sexual exploitation, promoting human rights and democracy, protecting the environment, and controlling population growth. Increasingly, education is recognized as one of the best financial investments States can make. But the importance of education is not just practical: a well-educated, enlightened and active mind, able to wander freely and widely, is one of the joys and rewards of human existence.’

Even though the UK Government has now announced its U-turn on one of the symptoms of this situation, namely the unfair system used to grade this year’s A-Level and GCSE students, it will do nothing to alter the underlying condition – namely, the deeply unequal and unfair nature of the country’s education system.

Despite his oft-repeated claim that he wishes to ‘level-up’ the country, it appears highly unlikely that UK Prime Minister, Boris Johnson (Eton College and Oxford), his chief advisor, Dominic Cummings (Durham School and Oxford), or anyone in the UK Cabinet (around two-thirds of whom attended private school), would ever look to dismantle this engine of inequality – because, quite simply, they and their families are its main beneficiaries. As James O’Brien foresaw in his LBC monologue, as long as the current status quo is defended by those in power, bright, ambitious students in England’s comprehensives and sixth form colleges will continue to ‘watch people with less talent fly by because of the tie they wear around their neck,’ while people like ‘the 5th Baron Bethell’ (Harrow School) will still be able to ‘fluff their A-Levels’ and yet find themselves in the House of Lords and a minister in the UK Government.

Unfortunately, while parents’ anger at the discrimination unwittingly laid bare by the Government’s A-Level algorithm has been both visceral and powerful, it is unlikely that such indignation will spread to the actual epicentre of inequality – the country’s powerful private school system. Why? As James O’Brien correctly judged, because ‘parents [of children from less affluent backgrounds] have [consistently] been gaslit into voting for this kind of perpetual privilege […], into voting to give further advantages to people born with the most glittering prizes already within their grasp […], a system that already implicitly encourages you to vote, doff your cap […] and see people born into a Baronetcy as somehow more deserving of advantage than are your own children.’

Until the scales fall from people’s eyes and they see the current school system for what it is – namely a product of, and a means to perpetuate, discrimination and inequality in British society, then the system will remain in place – notwithstanding occasional bouts of anger at some of its more egregious manifestations. And perhaps here, in the final analysis, there is some room for hope. With each passing scandal over the right to education in the UK, the right to health in the US, or the systematic violation of other economic and social rights in many of the world’s other rich countries; as the gap between rich and poor in all UN member States – especially the wealthiest – becomes more and more grotesque; and as more and more information comes to light about unfair tax systems and loopholes that undermine a fair distribution of wealth and opportunity; more and more scales will fall from people’s eyes and they will demand change – real change. That, at least, is the hope – audacious though it may be. What is clear is that without such change, the full enjoyment of human rights and the realisation of the Sustainable Development Goals ‘leaving no one behind,’ will remain distant and diminishing visions.