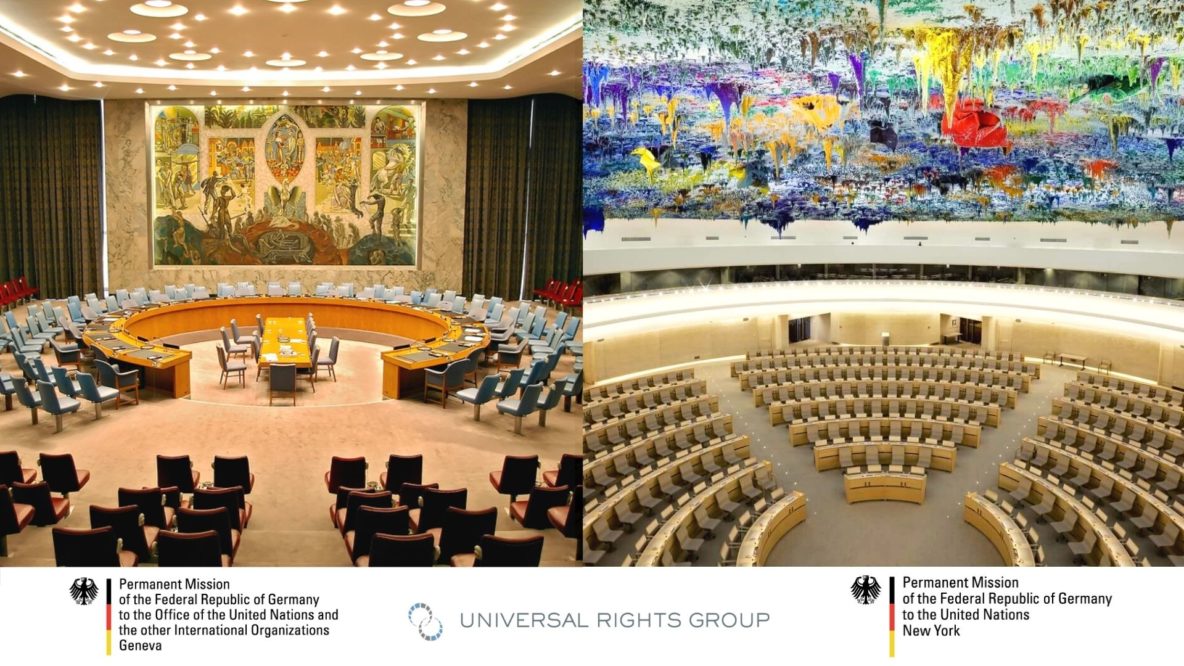 From 23-25 October, members of the Security Council carried out country missions to Mali and Niger, under the auspices of the Kenyan presidency of the body. In Mali, they met with members of the Transitional Government, including the Transitional President and Prime Minister, signatory armed groups, representatives of civil society, the Special Representative of the Secretary‑General for Mali, and representatives of the UN country team. Members of the Council used the mission to reiterate the body’s strong support for the mediation efforts of the Economic Community of West African States and the African Union, and urge authorities to complete the political transition, return to the normal constitutional order, and ensure a peaceful handover of power to democratically elected civilian authorities. In Niger, members met with the President of the Republic, the Prime Minister, the Minister of Foreign Affairs, the Force Commander of the Group of Five for the Sahel joint force, and representatives of the UN country team. The mission allowed them to, inter alia, assess the level of operationalisation of the joint force, including the implementation of the human rights compliance framework referred to in resolution 2391 (2017) and the human rights due diligence policy on UN support to non-UN security forces; and exchange views with national authorities in Niger on the security, development, and humanitarian situation in the Sahel.

This was the Security Council’s first country mission since October 2019 when it visited South Sudan, and its 68th in total since 1992. As is clear from the above, the aim of these missions has not been to monitor or investigate the actions of national authorities, including the possible commission of human rights violations. Nor has it been to report back (including by ‘naming and shaming’) to the UN’s peace and security machinery. Rather, the aim of these types of missions, which are generally seen as a valuable and ‘underrated tool’[1] in the Security Council’s toolbox, is two-fold. First, to provide Security Council members with an opportunity to see the situation in-country with their own eyes, and thus better understand that situation (as well as what types of UN intervention might be useful – or counterproductive). Second, such missions have a vital ‘good offices’ function. They allow members to engage in direct and frank dialogue with all relevant national stakeholders, remind them of their responsibilities and obligations under relevant international or internationally brokered agreements, facilitate national dialogue (including through international mediation), keep the country on a path towards peace, security, and sustainable development, and help prevent further human rights violations.

The last point raises a crucially important question for the UN’s human rights pillar, namely: why does the Human Rights Council not deploy such missions, especially in the context of its prevention mandate (under paragraph 5f of GA resolution 60/251)?

The Human Rights Council (Council) has never, in its 15-year history, deployed a ‘good offices’ mission to strengthen dialogue with States facing serious human rights challenges, as a contribution to long- and medium-term prevention.[2]

This important gap in the realisation of the Council’s mandate was recognised in a landmark report to the body’s 43rd regular session (March 2020) by a group of three experts, appointed pursuant to resolution 38/18 on the contribution of the Council to the prevention of human rights violations and crises. The experts’ report concluded, under the subtitle ‘The need for enhanced early warning/early action capabilities’ (paragraph 64), that:

While the Council is privy to early warning information, there has been relatively little discussion about developing its early action capacity. The type of early action to be taken should be decided on a case-by-case basis, depending on the specific country or regional context. One option could be a confidential meeting with the country concerned and/or, should the latter accept it, a good offices mission to conduct quiet diplomacy. The composition of the good offices mission should be decided on a case-by-case basis and could include the President and members of the Council, special procedure mandate holders, OHCHR and representatives of regional/subregional organizations.

This broad conclusion/recommendation was subsequently taken-up by the Council in its resolution 45/31 (October 2020). In it, members recognised (paragraph 7) that:

… the Human Rights Council may resort, on a case-by-case basis and where appropriate, to work formats that enhance dialogue and cooperation with the State and region concerned, with the aim of addressing the root causes of and preventing further human rights violations and responding promptly to human rights emergencies.

The challenge for members of the Council today is to give that paragraph meaning – to make it real and thus place such ‘good offices’ missions at the service of prevention, and ultimately at the service of the human rights of the Peoples of the United Nations. Unfortunately, despite this clear and explicit mandate, the Human Rights Council, unlike the Security Council, is yet to deploy ‘good offices’ or ‘quiet’ diplomacy tools.

That is partly because the High Commissioner for Human Rights has yet to exercise her new (or newly clarified) early warning powers under resolution 45/31. Despite an explicit mandate under paragraph 6 to bring information on ‘patterns of human rights violations that point to a heightened risk of a human rights emergency […] to the attention of the members and observers of the Human Rights Council in a manner that reflects the urgency of the situation and that maintains space for dialogue and cooperation with the State and region concerned, including through briefings,’ the High Commissioner has not yet called for, or otherwise tried to convene, a single urgent briefing. As a consequence, the Council has not yet had the opportunity to reflect on possible early action steps it might take to prevent a further deterioration of the relevant situation – actions that might include, potentially, ‘good offices’ missions to the countries and regions concerned.

But it is also – and perhaps even more importantly – a result of a lack of imagination (i.e., to ‘think outside the box’) amongst delegates at the Council, and a related tendency to continue to ‘do things as they have always been done’ – i.e., to react to (rather than seek to prevent) human rights crises, usually by adopting resolutions condemning the States concerned, convening special sessions, or establishing independent monitoring or accountability mechanisms. Since the adoption of resolution 45/31 in October 2020, the pervasive nature of this ‘reaction culture’ at the Council has been evident in its responses to the crises in Myanmar, Tunisia, Ethiopia, Afghanistan, and Sudan.

To move beyond that status quo, it will be important to expose Council delegations to representatives of other parts of the UN, especially the UN’s security pillar, who might share their expertise and experiences in conducting ‘good offices’ missions – as well as information on the results achieved. This might help to shift the current reactive mindset of members of the Council. Ultimately though, the best way to move the Council towards a ‘culture of prevention,’ including an openness to consider the deployment of ‘good offices’ missions, will be to try it for itself – i.e., pass a first resolution or take a first decision mandating the deployment of a ‘good offices’ mission.