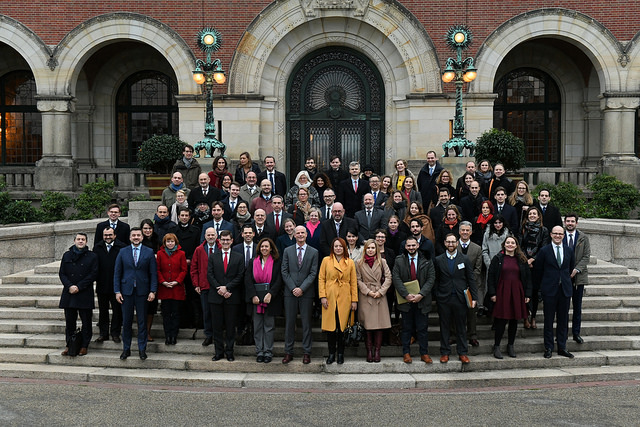 The extrajudicial killing of Washington Post columnist Jamal Khashoggi in the Saudi Arabian consulate in Turkey, and the international reaction thereto, could well represent a defining moment in the evolution of systems of international accountability for serious human rights violations. In particular, the US response to the killing is being shaped (or, from the perspective of President Trump, perhaps dictated) by the country’s Global Magnitsky Human Rights Accountability Act (GMA). The GMA is a new type of domestic law through which governments can be ordered (by the legislature) to investigate allegations or serious human rights violations or grand corruption in foreign countries and, where perpetrators (including foreign nationals) are identified, to apply international sanctions against the individuals concerned (i.e. rather than against the State). As the global fallout from the Khashoggi affair has gathered pace, and as President Trump has done his best to to avoid a human rights-centred confrontation with Saudi Arabia and its powerful rulers, it has been the US Senate using the GMA that has taken steps to secure accountability for the terrible human rights violations now known to have occurred.

First, on 10 October, a bipartisan group of 22 US Senators presented President Trump with a letter triggering the US GMA. The letter asked the Administration to determine ‘whether a foreign person [was] responsible for gross human rights violations’ committed in the context of the 59-year-old journalists’ disappearance and alleged murder.’[1]

Following an investigation of the case, on 15 November the US Treasury announced that it would levy sanctions against 17 Saudi Arabian officials under the GMA, including the Head of the Saudi Arabian consulate in Istanbul and, crucially, Saud al-Qahtani, a former senior advisor to the Saudi royal court and to Crown Prince Mohammed Bin Salman (otherwise known as ‘MBS’).

Then, on 20 November, the Senate raised the stakes further by sending a second letter to President Trump asking the US Administration to explicitly examine whether MBS himself had ordered Khashoggi’s torture and murder. Remarkably, this letter triggering this additional GMA investigation was signed by the leaders of both major US parties in the Senate Foreign Relations Committee, Republican Senator Bob Corker and Democratic Senator Bob Menendez. With relevant parts of the US Government apparently in possession of evidence that MBS was indeed involved, the Senate’s new letter paves the way towards a major showdown between President Trump’s ‘America First’ version of global realpolitik on the one hand, and America’s historic commitment to human rights on the other.

As previously noted in URG Insights blogs, so-called ‘Magnistky laws’ are rapidly gaining in popularity around the world. Today, at least six States, including the UK, Canada and the US, have already enacted such laws, while Japan and Australia, amongst others, are actively considering them.

Importantly, on 20 November (the same day US Senators Corker and Menendez sent their latest GMA-triggering letter to President Trump) the Netherlands Government convened a first meeting of EU member States to consider a EU-wide GMA. Speaking after this meeting on a ‘EU global human rights sanction regime,’ Dutch Minister of Foreign Affairs Stef Blok noted that while the international community has made enormous progress in the field of human rights since the adoption of the Universal Declaration of Human Rights, the fact remains that as the world prepares for the 70th anniversary of the Declaration, human rights are under pressure in most parts of the world, and may even be in full-on retreat. In large part that is because, argued Mr Blok, those who commit terrible human rights abuses often ‘simply get away with it.’ The Minister continued:

‘As Eleanor Roosevelt told us,’ we must always ask ourselves ‘how can we continue strengthening the human rights system.’

‘Rules are rules’ as the Dutch saying goes. But only if breaking the rules has consequences.’ This underscores ‘the importance of accountability. After all, a norm can only stand if violations of that norm are punished.’ Securing accountability ‘requires a multifaceted approach. And we see human rights sanctions [against individuals] as a necessary additional instrument.’

Such an instrument, at EU level, would ‘supplement criminal law, but also the geographic- and theme-based sanctions that already exist.’ Those kinds of sanctions are often too blunt or too politically sensitive to be of use, and thus should be supplemented by other, more precise and calibrated, ‘global human rights sanctions.’

[1] After initially denying any involvement, the Saudi Arabian Government has since accepted that Jamal Khashoggi died inside the Consulate, at the hands of State officials.