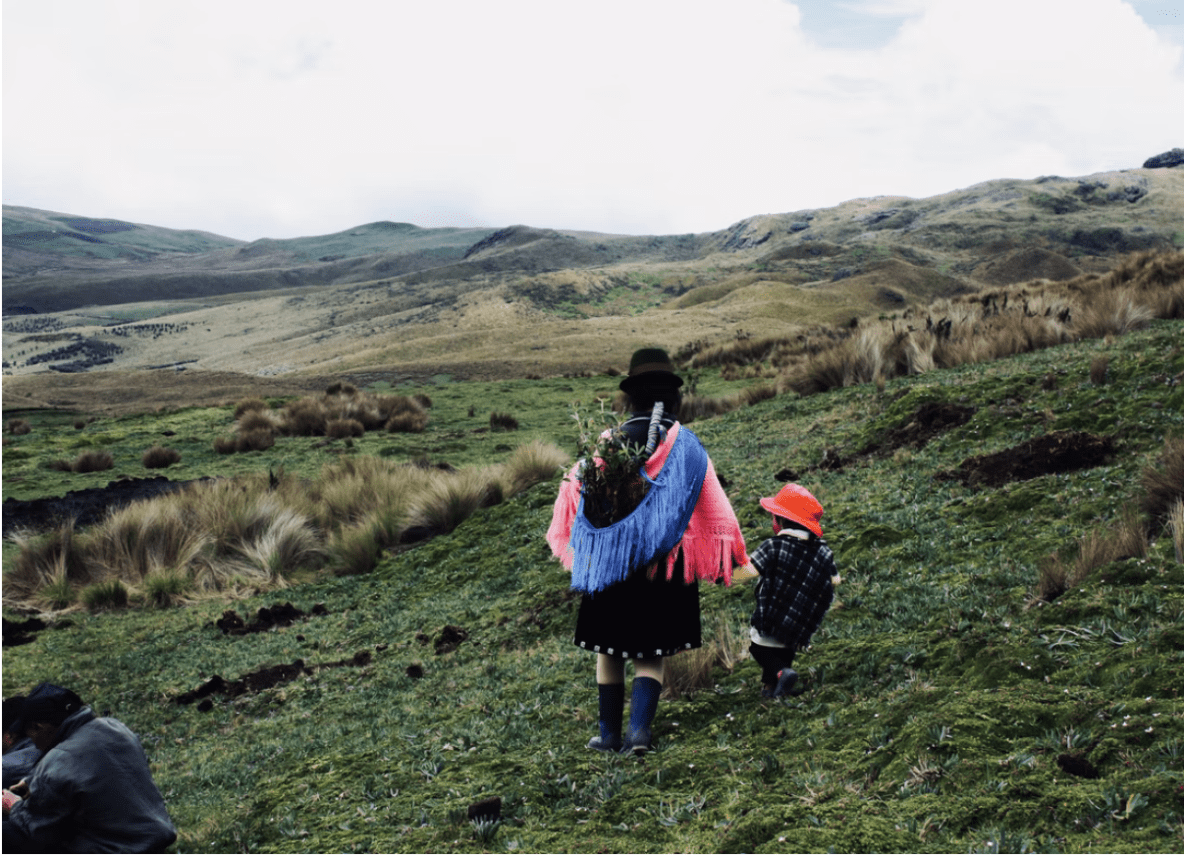 Today, nearly 476 million Indigenous Peoples live in 90 countries across the world, accounting for 5,000 different cultures and 6.2 percent of the world population. Many of these communities live across national borders, such as the Amazighs in North Africa, the Mapuche at the Chile-Argentina border, or the Sámi in Northern Europe. Current border governance practices often hamper Indigenous Peoples’ full enjoyment of land rights when access to land is essential to guarantee their livelihoods, food security and cultural survival. While existing international legal frameworks recognise these cross-border rights, to this day they have not been fully realised. There are, however, a number of avenues that indigenous communities (with and without the assistance of civil society) can take to achieve the full realisation of their territorial and cross-border rights.

Current societies were constructed on the idea of the nation State, meaning the assertion of control over a delimited geographical area or territory, where the majority of people have a common sense of belonging and identity. The social contract was thus made by  dominant population groups imposing international borders on communities, denying the alterity of indigenous territorial governance. To this day, this governmental imposition of fixed borders hinders indigenous border-fluid traditional practices, which are often essential to Indigenous Peoples’ way of living and survival.

Taking the example of the semi-nomadic Sámi people, the indigenous conception of territoriality is more fluid than a traditional nation State-based conception. The geographical borders of their locality move according to migratory patterns of reindeer or the seasonal scarcity of resources, meaning that their territorial boundaries are not static, but rather based on seasonal migration. Moreover, their territory is considered as a livelihood rather than property, as it is a necessary element for the physical and cultural survival of the Sámi people. Indeed, the reindeer hunted throughout the locality ensure not only food and economic security, but are an instrumental part of the Sámi mythology and cultural traditions. They can even be seen as an environmental ‘clock’, as the Sámi measure time based on reindeer seasons and cycles, and the evolution of the reindeer (non) presence within the territory acting as a countdown in relation to global warming.

Governments have long tried to make Indigenous Peoples fit within a state-centric logic and defined borders to ensure the assertion of state sovereignty. This has gone hand in hand with policies of assimilation and patronisation and laws leading to deep-rooted marginalisation and discrimination against indigenous populations and the undermining of their fundamental human rights. Indigenous Peoples have therefore been confined in a Westphalian State concept and divided by (for them) artificial borders, which has also excluded these communities from international State-to-State relations. In this context, the international community has developed legal frameworks to protect the rights of Indigenous Peoples and ensure their physical and cultural survival.

Although traditional indigenous transborder practices are being increasingly recognised by international organisations and States, including through International Labour Organisation (ILO) Convention 169 and the UN Declaration on the Rights of Indigenous Peoples (UNDRIP), which notably recognise the rights of Indigenous Peoples to maintain and develop contacts, economic and sociocultural relations and cooperation across borders, these rights continue to be challenged by contradictory trends of border securitisation. Indeed, transnational threats, such as terrorism or armed conflicts, or crises, such as migration, have lead to the militarisation and impermeabilization of the borders, hindering border-fluid practices of Indigenous Peoples.

More recently, mobility restrictions were imposed upon the population worldwide to counter the coronavirus pandemic, disproportionately affecting Indigenous Peoples with a semi-nomadic or pastoral livelihood, exacerbating their vulnerabilities to spatial immobilisation, and undermining their human rights, as they are unable to engage in customary activities. State-imposed border closures hinder the provision of medical or economic support of family members across borders and indigenous livelihoods based on herding or other border-fluid practices.

Considering the impact of strict cross-border policies on Indigenous Peoples’ human rights, national and local governments should strive to ensure the full realisation of those rights and comply with international human rights law. Considering the particular vulnerability of Indigenous Peoples, two public policy paradigms clash. Adopting a liberal stance, some would argue that all citizens should be ensured equal treatment. On the other hand, under the multiculturalism model, equality would call for direct governmental support for minority cultures by waiving certain legal requirements or granting exceptions. States are thus required to balance both approaches to securing border crossing rights in order to effectively protect the rights of all people without infringing on the rights of Indigenous Peoples.

Indigenous Peoples, through their own communities as well as with the assistance of civil society organisations, have a range of tools at their disposal to secure their cross-border rights. In this regard, cooperation with civil society should be seen as critical to driving progress towards the full realisation of Indigenous Peoples’ rights.

The Indigenous Navigator Initiative, for instance, alongside other statistical agencies such as the Global Indigenous Data Alliance and the Inclusive Data Charter, collects data to help diagnose the vulnerabilities of communities and best practices on a sui generis basis. The data provided by these organisations and initiatives thus provides indigenous communities with additional evidence to support their human rights claims.

Lawsuits can also be used to recognise and give effective force to indigenous rights, in particular land rights. Indeed, recognising indigenous ownership over their traditional lands is essential as many indigenous communities survive based on their access to land and natural resources, which is necessary for their traditional activities. Therefore, litigation allows for the progressive inclusion of indigenous values into the judicial system and can assist in achieving a decrease in victimisation. Territorial and border-related claims have become increasingly common in indigenous rights’ litigation, as Indigenous Peoples bring governments and private parties to court for diverse motives such as trespass and nuisance.

The pivot towards strategic litigation can in part be explained by the failure of other tactics, such as protests, to protect indigenous rights. Even though a study of landmark decisions from Kenya, Malaysia and Paraguay showed that the implementation of judgements in favour of indigenous communities was uniformly poor across the jurisdictions reviewed, such litigation: empowers communities; increases awareness of indigenous rights; can result in jurisprudential, institutional, and policy changes; and impacts the work of State institutions. In a landmark 2021 ruling that not only increased awareness of indigenous rights but also resulted in jurisprudential and potential policy changes, the Supreme Court of Canada affirmed the constitutionally-protected Aboriginal right to cross the Canada-US border to hunt. It was an historical case as it recognised the cross-border ancestral lands of Indigenous Peoples and opened the door for  US-based Aboriginal communities to assert their rights within Canada even if they are not Canadian citizens or residents.

Community leaders also have a key role to play in the decision-making process in order to build reality-anchored public policies. Ensuring the participation of Indigenous Peoples in policy responses to security threats can provide legitimacy and ensure the effectiveness of such policies. The strengthened cooperation between federal and tribal governments in policy-making further enables capacity-building and institutionalisation of tribal participation, essential components to securing Indigenous Peoples’ rights. This participation could also be achieved through the provision of funds and training of indigenous personnel to take part in the national security response, with a certain degree of autonomy and flexibility but bound by national standards.

Finally, the role of international organisations should not be minimised as they encourage States to recognise the moral force of the UNDRIP. Although this declaration is a ‘soft law’ instrument, States should take steps towards the strengthened implementation of its language in the development of new domestic laws and public policies with the participation of Indigenous Peoples. The evidence-based documenting work of international organisations and advocacy initiatives allows for a more well-informed global governance. Further, and more importantly, rights awareness and empowerment of Indigenous Peoples enhance their engagement in global decision-making processes.

Borders are historically constructed dividing lines between people, based on the culture of the greatest majority. However, special attention should be drawn to indigenous communities whose traditional territories do not adhere to current, State-defined borders, to ensure the survival of their culture, even if it means adapting, to a certain degree, the universal State-centric model with defined borders to a model more based on traditional indigenous understandings. Existing frameworks such as UNDRIP and ILO Convention 169 have played a critical role in reinforcing the recognition and protection of the rights of Indigenous Peoples including their right to maintain and develop relations beyond national borders, but more remains to be done to turn the letters of the Declaration into practice on the ground.

Feature photo – Guangaje, Ecuador: After the blessing of a water spring. A mother with a child returns home.  Published on June 9, 2021