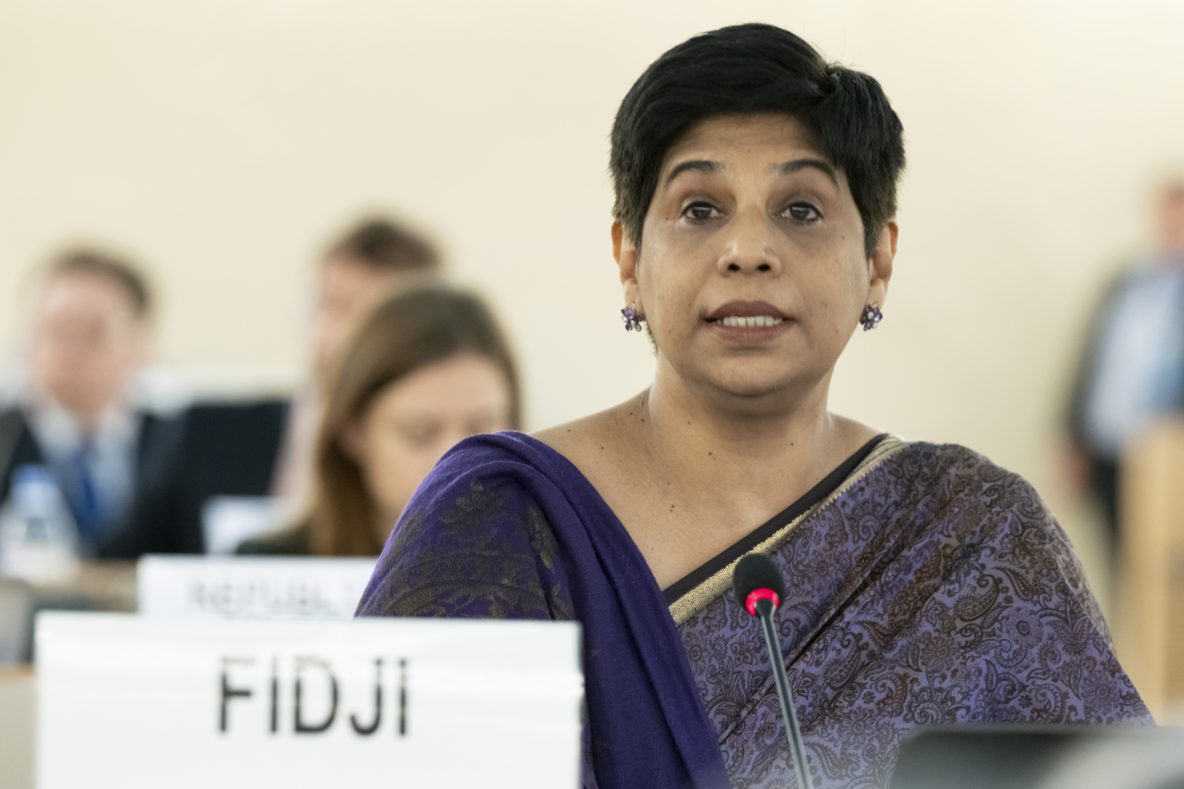 There have been suggestions in press coverage about the selection of the 2021 President of the Human Rights Council that the inability of members of the Asia-Pacific Group (APG) to settle on a single consensus candidate, and to instead pass the decision to the full Council for vote by secret ballot, was in some way a bad thing – that it was somehow ‘messy’ and may detract from the body’s credibility and authority. Such analyses, however, misread the situation. In fact, last Friday’s vote in the Council, which saw Fiji’s Ambassador, Nazhat Shameen Khan, elected President, was a positive development, fully in line with the wording and the spirit of the Council’s foundational documents – and sets a positive precedent for the future.

Friday’s ballot, the first time the UN’s apex human rights body has chosen its leader by a vote, was the concluding chapter in a story stretching back to the final days of November. Until that moment, Ambassador Khan had stood unopposed (in the APG) for the post, meaning her name would be forward by the APG coordinator (Oman) to the full Council as the group’s consensus candidate for President. However, a few working days before the deadline for candidate submissions, Bahrain, likely with the encouragement of others in the APG, also put its name forward and used diplomatic channels to ask Fiji to step aside. Fiji, noting that it would become the first Small Island Developing State (SIDS) to accede to the Presidency, and the first country of the Pacific region, refused.

A few days later, Qatar circulated a note opposing Bahrain, meaning Fiji was once again the only consensus candidate. Within 24 hours, however, the situation had shifted once more. Syria, (again) probably at the behest of others, circulated a note expressing its opposition to Fiji. Those countries opposing Fiji, which the New York Times has identified as China, Russia and Saudi Arabia, then encouraged possible ‘third candidates’ to stand, with countries including Indonesia, Nepal and Uzbekistan rumoured to be in discussions with the group coordinator. As a result, later in December, Uzbekistan presented its candidature. This was, however, immediately opposed by Pacific SIDS angry at what they saw as big power moves to bully and sideline a fellow Small State.

When Oman-brokered talks between the three candidates failed to find a way forward, Oman proposed that a secret ballot by held within the APG. This was, however, opposed by two group members. When final talks convened by the new group coordinator, Pakistan, in early January failed to break the impasse, the scene was set for a vote by the full Council. That vote was held on 15 January and was won, decisively, by Fiji (with 29 votes out of 47). Bahrain received 14 votes and Uzbekistan four.

Bringing the choice of President out into the open

Far from being ‘messy’ or serving to strengthen ‘those voices that argue the Council is anti-democratic [or] dysfunctional,’ as Richard Gowen of the International Crisis Group (ICG) and others have argued, events since end-November are in fact more closely aligned with the wording and spirit of the Council’s foundational documents (GA resolution 6/251 and Council resolution 5/1) than is the usual practice of selecting Presidents behind closed doors.

Rule 9 of the Council’s rules of procedure (contained in resolution 5/1), for example, says that ‘the Council shall elect [i.e., not appoint], from among the representatives of its members, a President and four Vice-Presidents.’ Council resolution 5/1 (the body’s institution-building package) in turn builds on GA resolution 60/251 establishing the Council’s mandate and basic operation. In paragraph 9, that resolution makes clear that Council members ‘shall uphold the highest standards in the promotion and protection of human rights [and] fully cooperate with the Council.’ Taken together, it is clear that the choice of who leads the Council each year should, in principle, be determined by the body’s membership, via an election, and with candidates judged against the criteria for membership set out in resolution 60/251.

On the contrary, what could justly have been described as ‘messy,’ ‘anti-democratic [or] dysfunctional,’ would have been any successful effort to bully Fiji out of the race or otherwise engineer a ‘consensus candidate’ behind closed doors and according to geopolitical rather than human rights considerations.

As it is, the Council now has a strong and authoritative President, elected ‘from among the representatives of its members,’ to lead the body through what will be a challenging year: as the international community seeks to ‘build back better’ from COVID-19; as the Council prepares for the 2021-2026 review of its status; as China, Russia and the UK return as members; and as the US seeks to reengage with the UN human rights system following the election of Joe Biden.

Featured image: Nazhat Shameem Khan, Permanent Representative of Fidji ( Concerned Country ) to the United Nations Office at Geneva after of the report of David Boyd, Special Rapporteur on human rights and the environment during the 43rd Regular Session of the Human Rights Counci. 2 March 2020. UN Photo / Jean Marc Ferré