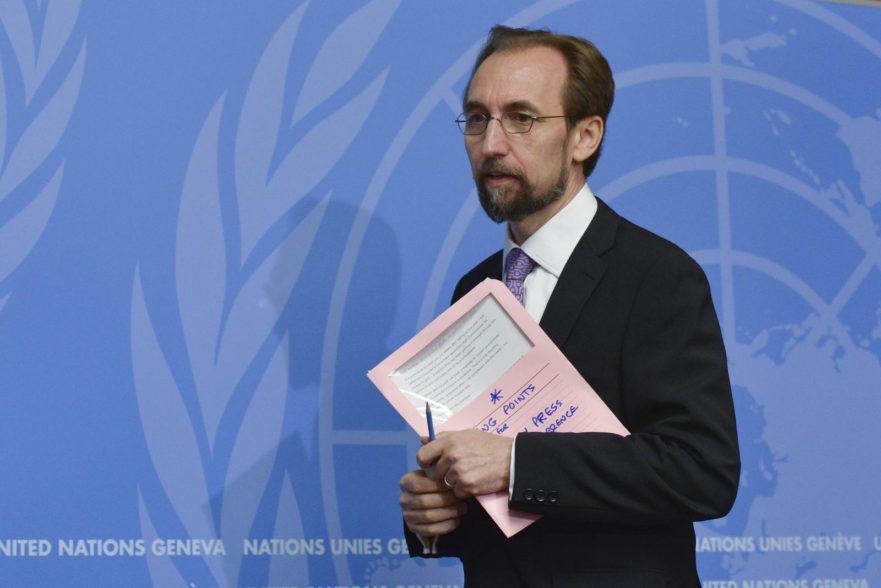 As highlighted in two recent blogs by David Petrasek and Marc Limon, the position of High Commissioner is, by its very nature, an extraordinarily challenging job. According to GA resolution 48/141, the High Commissioner is expected to be, simultaneously: a global voice of conscience on human rights – calling out violators irrespective of their geopolitical power or influence; an international human rights watchdog; a global leader in human rights diplomacy; a provider of human rights services and capacity-building assistance; a driver and coordinator of human rights ‘mainstreaming’ across the UN system; head of the secretariat of the UN’s human rights bodies and mechanisms; and an ‘honest broker’ leading much-needed efforts to strengthen the efficiency and effectiveness of the UN human rights system. As Limon contends in his article, it is questionable whether one single person can undertake so many seemingly mutually-incompatible tasks. Notwithstanding, in lieu of any wider reform of the mandate of the High Commissioner, it is vital that the Secretary-General identifies and appoints an individual with the capacity to undertake – and who understands the equal importance of – each part of this demanding mandate.

What is more, the chosen individual will have to take forward this mandate against a backdrop of historic and on-going underfunding for the UN’s human rights pillar, and in a world where universal human rights norms are apparently under siege, and even being pushed back, including in established democracies. It is therefore crucial that the most qualified candidate is selected, ‘appointed by the Secretary-General of the UN and approved by the GA’  – someone ‘of high moral standing and personal integrity’ who possesses ‘expertise, including in the field of human rights, and the general knowledge and understanding of diverse cultures necessary for impartial, objective, non-selective and effective performance of the duties of the High Commissioner.’

Unfortunately, there are, today, serious question marks over whether the selection process foreseen in GA resolution 48/141, as recently applied/implemented, is capable of delivering the most highly qualified candidate, one whose impartiality, objectivity and non-selectivity are such that she/he can command the respect and authority needed to effectively perform each part of High Commissioner’s diverse duties.

Based on the examples of the most recent High Commissioner appointments (i.e. that resulted in the appointments of Louise Arbour, Navi Pillay and Zeid Ra’ad al-Hussein), the existing process is broadly as follows. First, a note verbale is sent to UN member States and an advertisement is published on the UN’s website (though this call for applications is very difficult to find). Received applications are then reviewed, and candidates interviewed by a panel of UN senior officials, which thereafter submits a shortlist to the Secretary-General. The latter would then normally consult with States (especially with a small number of powerful States) before making a final decision. The culmination of the processes sees the Secretary-General appoint his/her preferred choice before submitting it to the GA for approval (basically a rubber-stamping of the Secretary-General’s choice).

This existing process is no longer fit for purpose. The call for applications lacks visibility, meaning it falls to attract a wide cross-section of good candidates. The basis of the selection process is unclear – what is the profile of the ideal candidate, against what criteria are the candidates measured, is there a geographic or gender dimension to the selection – and the process itself is untransparent (the screening of candidates takes place behind closed doors, candidates do not have the opportunity to present their ‘vision’ to the general public, there is little consultation with civil society, the shortlist of preferred candidates is not made public, the approval of the General Assembly is largely formulaic, and the process is vulnerable to the influence of a few powerful States). This latter point can have significant negative repercussions for perceptions of the chosen candidate’s independence and legitimacy, and for therefore for the selected person’s authority.

Against this backdrop, a coalition of civil society actors[1] has come together to send a joint letter to the UN Secretary-General encouraging him to enhance the selection procedure to make it more transparent, inclusive, meritocratic, and engaging for civil society and the general public. This echoes recent calls by the current Deputy High Commissioner, Kate Gilmore, for the process to be ‘more transparent and robust.’[2] It is also in line with emerging best practice in other senior UN / international appointments, including those introduced in the context of the most recent Secretary-General appointment process. It is vital that a similarly rigorous and open process be applied in the context of the appointment of the next High Commissioner – a process that meets the high standards now expected of governments, civil society and the general public, and standards that are enshrined as part of universal human rights norms.

In the letter, the coalition of civil society actors put forward a number of proposals to revitalise and enhance the High Commissioner selection process. These include: publishing a formal set of selection criteria; improving the global visibility of the formal call for candidatures; publishing a clear timetable for the selection process that enables adequate assessment of candidates; publishing an official list of candidates; and requiring all candidates to produce vision statements. The letter also calls, in the interests of transparency, inclusivity and public engagement, for the selection process to include wide consultation with all stakeholders, including civil society.

A revitalised procedure that incorporates some or all of these suggestions would, we believe, strengthen the authority, independence and credibility of the new High Commissioner, contribute to the existing reform agenda with regards to the revitalisation of the UN and, more broadly, improve the Organisation’s global legitimacy.

[2] Annual meeting between the UN High Commissioner for Human Rights and Civil Society Organisations in the margins of the 37th session of the Human Rights Council, 9 March 2018, Geneva.