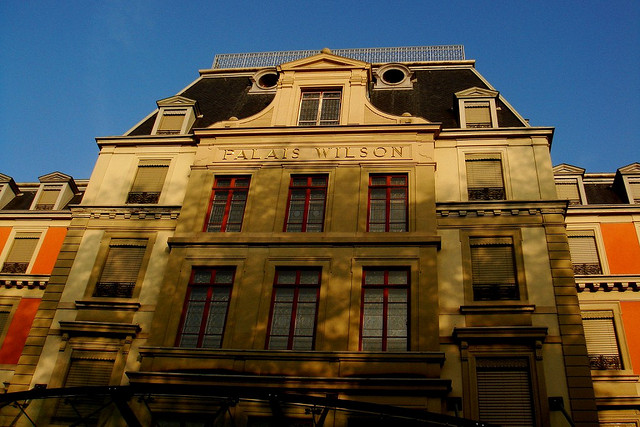 Casual observers of the Human Rights Council may have been forgiven, in the run up to the body’s 28th session (2nd to 27th March), for a degree of bafflement at repeated and sometimes quite excitable references to a three letter acronym: JIU.

The reason for all the excitement was the publication of a report by the JIU (Joint Inspection Unit – the UN system’s independent external oversight body) on the ‘review of management and administration of the Office of the United Nations High Commissioner for Human Rights (OHCHR).’[1] The report was produced by the JIU in response to a request by the Human Rights Council in March 2013 (resolution 22/2) and the report’s author, Mr Gopinathan Achamkulangare, hoped to be able to present is to the Council at its 28th session.

This may all seem innocuous enough. However, resolution 22/2 and the JIU report touch upon fundamental and extremely sensitive questions about the role, prerogatives, and independence of OHCHR, and its relationship with the member States of the Council; and are part of a long-running struggle between two groups of States with very different views on what OHCHR is, what it is there to do, and how its work should be overseen.

Human Rights Council resolution 22/2 (adopted by a vote, with developed countries against and developing countries in favour) requested the JIU to ‘undertake a comprehensive follow up review of the management and administration of the Office of the High Commissioner for Human Rights (OHCHR), in particular with regard to its impact on the recruitment policies and composition of the staff.’[2] This resolution, like many previous ones with the same title, was pushed by Cuba and other States in the belief that the staffing policies of the OHCHR favoured individuals from certain regions (notably the West) over others.

In Cuba’s view, OHCHR had continuously failed to improve regional balance among its staff and thus, in order to strengthen accountability; it was asked to report and explain itself to the Council.

However, to others – especially Western States – asking the OHCHR to report to the Council on an administrative issue represented a worrying step towards making this supposedly independent entity answerable – and thus under the political oversight of – States sitting in the UN’s apex human rights intergovernmental body.

Similar differences of opinion have arisen, since the Council’s establishment in 2006, with regard to the financial resources of the OHCHR. Cuba and other developing States have regularly expressed concern about where the Office’s money comes from (the UN’s regular budget or voluntary contributions from certain States), and how it is used and allocated (e.g. to certain field operations, to certain Special Procedures mandates). These concerns led Cuba and others to circulate a resolution in 2011, calling for greater financial transparency – though this was subsequently replaced by a Presidential Statement merely inviting the High Commissioner to provide more information on funding.[3]

Central to the concerns of Cuba and others on both issues is a suspicion that the high proportion of individuals from Western States working at the Office (including at senior levels) together with Western financial support (especially where that support is ‘earmarked’ for certain purposes), gives the West undue influence over the OHCHR.

For its part, Western States, together with a number of States from other regions, suspect that Cuba and other leading countries of the Like Minded Group are intent on undermining the independence of the Office and bringing it under the political control of the Council (and thereby seeking to stop OHCHR criticism of States’ human rights records).

Against this background, the JIU report by Mr Gopinathan Achamkulangare (himself a former Ambassador and Permanent Representative to the Human Rights Council and someone previously involved in institutional debates around the functioning and prerogatives of the Council and the OHCHR – thus adding to Western concern) expressed its goal as being to ‘identify[] areas of improvement in [the OHCHR’s] management and administration.’

The report notes the unique character of OHCHR, including the unique mandate of the High Commissioner, as defined in GA resolution 48/141.[4] It further asserts that this unique character, especially the High Commissioner’s ‘overarching’ promotion and protection mandate, and its advocacy role, ‘inevitably gives rise to tensions’ with member States.

The report also draws attention to the low level of regular budgetary funding for the human rights pillar (around 3%) and that one consequence of this is reliance on extra-budgetary voluntary contributions – a reliance which may leave OHCHR open to accusations of being ‘donor-driven’ thus eroding ‘its image of neutrality.’

Turning to overarching issues of governance, the report acknowledges the ‘complexity of the governance framework at OHCHR’ and related differences of opinion, between states, as to a ‘vision of OHCHR and its future’. The JIU argues that these differences prevent agreement on measures to ‘enhance their capacity to provide strategic guidance, monitor the work of the Office, without in any way infringing upon the independence of the High Commissioner, and increase their ownership of the Office.’ States, it continues, ‘need to clarify the respective roles of the different intergovernmental bodies in order to streamline the governance dynamics of OHCHR.’

It doesn’t take an international lawyer to understand that all these utterances are packed with possible political meanings, some subtle some less so, and have enormous potential implications for the functioning of the UN human rights system.

The report then makes six recommendations:

The political background to the report, together with the sensitive nature of the questions and issues it deals with, together help to explain why it was the focus of so much attention in the run up to the 28th session of the Council. Indeed, as March approached, it was not even sure that Mr Gopinathan Achamkulangare would be allowed to present it – with some States (correctly, based on a legal analysis of relevant UN documents)[5] arguing that discussing the management and administration of OHCHR is not part of the Council’s mandate as per GA resolution 60/251.

In the end, the President of the Council and the Bureau announced that, as a courtesy, the JIU inspector would be allowed to present his report, but there would be no interactive debate with states.

By the time of the report’s presentation on 13th March, the Secretary-General had provided his comments on its findings and recommendations.[6]

Regarding the six recommendations, the Secretary-General responded as follows:

Although the President and Bureau of the Council decided that there would not be an interactive debate with the JIU inspector (who consequently had to leave the podium after his presentation), a number of States nevertheless used the General Debate under agenda items 2 and 3 to respond to the report.

Western States, in line with the analysis of the Secretary-General, rejected key findings and recommendations in the report. For example, Norway noted that ‘existing governance arrangements strike an appropriate balance between independence and accountability,’ and underscored the importance of safeguarding the independence of the High Commissioner.

Countering this view, Pakistan, on behalf of Like-Minded Group (LMG) States, expressed support for the JIU conclusions and recommendations, noting that oversight by a relevant intergovernmental body would contribute to ‘enhanced efficiency and effectiveness of the Office activities.’ LMG States therefore called for a clarification ‘of the respective roles of the different intergovernmental bodies with a view to streamlining the governance dynamics of OHCHR’ (i.e. in line with the JIU’s recommendations).

To support their call for such reforms, the LMG again drew attention to concerns over the predominance of individuals from the ‘West’ among OHCHR staff, especially at high levels, and to concerns over donor State influence over the Office.

On the former point, a look at the current situation appears to support the LMG’s contention. For example, statistics presented by the High Commissioner to the Human Rights Council at its 27th session showed that the share of staff from countries of the Asian, African, and Latin American regions combined has dropped to 42.8% while the number of staff from countries in the Western Europe and other region (WEOG) went up to 49%. It is important to note that relevant UN regulations on staffing, adopted by states in the GA, focus on securing a balanced geographic representation among States, not regions, and thus the legal basis of the LMG’s argument is questionable. Notwithstanding, it remains clear that the continued preponderance of staff from countries of just one region sends out a negative political message about accessibility for people from countries, especially developing countries, in other regions.

Continued regional imbalance also serves to feed suspicion, which in turn encourages continued moves, by some States, to constrain the independence of the OHCHR and bring it more closely under the control and supervision of the Council. Indeed, in its new draft resolution on the composition of the staff of the Office (to be adopted at the end of this week), Cuba uses the fact that ‘a single region occupies almost half of the posts in the Office of the High Commissioner’ (OP1) as a prelude to ‘take note with appreciation of the Joint Inspection Unit report’ and to ‘invite the General Assembly and its appropriate subsidiary bodies to give consideration to the present resolution and, as necessary, to the report of the JIU, and to take appropriate actions.’

It is also to be observed, that the predecessor of the Human Rights Council, namely, the Commission for Human Rights did not exercise administrative and budgetary oversight on the OHCHR program plan as the latter remained the competence of specific committees tasked by the General Assembly. The Secretary General, as the chief administrative officer of the United Nations is responsible for the organisation’s programme planning and budgeting including for OHCHR. The intergovernmental organs vested with the responsibility to exercise oversight over administrative and budgetary matters of the UN Secretariat including OHCHR are the General Assembly, and the relevant subsidiary organs namely the fifth committee, the Advisory Committee on Administrative and Budgetary questions and the Committee for Programme and Coordination.