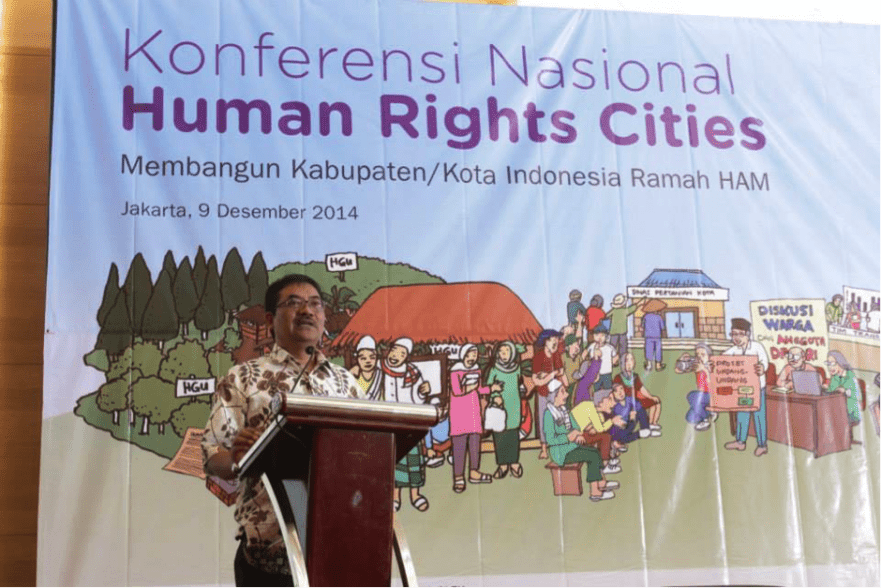 On 2nd August I landed back in Jakarta after three-and-a-half years with the Indonesian team at the Human Rights Council. As well as giving me time to readjust to life back home, the intervening weeks have given me time to reflect on the nature and extent of the ‘on the ground’ impact of my work at the Council. Have my efforts – and those of other delegates at the Palais des Nations in Geneva – made any difference to people’s lives, and the enjoyment of their human rights?

To help inform my reflections, I read the national and local newspapers, watched the TV news, chatted to ordinary Indonesians, from taxi drivers to security guards, and discussed matters with colleagues at the Ministry of Foreign Affairs.

The picture that emerged was, as one might expect, of relatively high levels of understanding about, and interest in, the Council, in relevant government departments, especially the Foreign Ministry, but low levels of visibility in the media, across civil society, and among the general public.

True, one does read stories or hear people talk about “the UN” and even about “UN human rights,” but, outside of government, I have barely heard the words “Human Rights Council” or “OHCHR” uttered once. Indeed, the only newspaper article I have come across that explicitly mentions the Council and/or its mechanisms was a report of comments made by the Governor of Jakarta (26 August) in response to perceived criticism (probably by the UN Special Rapporteur on adequate housing following her 2013 visit to Indonesia) of a housing relocation programme. He said: “UN human rights has no right to tell me what do to, and I told them that when they visited.”

This general lack of awareness is, in some ways, disappointing. But in other ways it should be inspiring, as it underlines the importance of current efforts, at the Council, to strengthen relevance, efficiency, effectiveness and impact.

In terms of what can be done at the national/local level, it seems to me there are three ‘on-the-ground’ measures that might help.

First, there is a need for governments to systematically engage with all relevant national stakeholders on the Council, its mechanisms and their output (e.g. resolutions, recommendations). This could take the form of a ‘national epistemic community’ comprising experts from relevant government ministries, national independent institutions (e.g. NHRIs), civil society, and academics. The community could also organise public awareness rising campaigns and events.

Second, governments, including the Government of Indonesia, should more systematically disseminate relevant and important Council resolutions. One lesson from my time in Geneva is that much of the actual and potential influence of the international human rights system is dependent on changing mind-sets and practices, as well as changing laws. A good example of that is Council resolution 16/18 on combatting religious intolerance. That resolution has had a real impact in Indonesia because the Government translated it into local languages, and organised regional and local consultations with community leaders, local religious leaders, civil society, etc. That allowed ‘practitioners’ to become involved, to understand what resolution 16/18 meant for them, and to align and adjust existing efforts as steps in implementing it. If governments everywhere were to follow such as approach, and for all key issues and resolutions, then the relevance and importance of the Council would soon become more evident.

Third, governments can and should do much more to mobilise local civil society, through projects aimed at making human rights relevant to local people. For example, in Indonesia, there is an initiative called ‘Human Rights City.’ The initiative, which operates in several parts of the country, has generated considerable interest and support because it focuses on issues of direct concern to people, such as clean streets, accessible public services, transparent local government, public consultations on the local budget. The initiative also works because it projects a positive image of human rights, showing that asserting one’s rights is not only about criticising the government, protesting in the streets, or international (and sometimes intrusive) monitoring; it is also about promoting human rights as a way to improve lives and living standards. In the ‘Human Rights City’ programme, planning, implementation, developing indicators, and monitoring are all done by local people in dialogue with the local government.

First, the Council needs to revamp its media strategy. The current summaries of meetings for the press and basic webcasting do not generate local press interest. The Council should establish an ad hoc intergovernmental task force to develop a strategy that makes the Council’s work more understandable to local media. This means contextualising the output of the Council and its mechanisms. For example, summaries of key outcomes of the Council could be tailored (e.g. by (sub) regional groupings) to regional interests. Such a contextualised approach may also help present a more positive, and less politicised vision of the Council.

Second, the Council should become much better at presenting and sharing good practice examples of cooperation and dialogue – case studies that demonstrate the body’s importance and impact. These case studies can be shared and discussed during inter-sessional workshops, regional ‘communities of practice,’ or via social media (e.g. Facebook). The aim would be to create a ‘buzz’ about the Council’s and its important, positive and consensual work.

Third, and somewhat more ambitious, States could revisit the idea of holding more meetings, dialogues, and events outside Geneva. Perhaps one of the three regular sessions could be conducted at a regional level? Or, if that is not possible, why not organise regional workshops or ‘communities of practice,’ to bring ‘Geneva’ into closer orbit with the realities of people at national and local levels?

Whether or not these particular ideas have traction, what is clear is that the Council must look to the national and local levels, as well as inwardly at itself, as it considers reforms to improve its efficiency, effectiveness and relevance. Only by closing the gap between Room XX and the lives of ordinary rights-holders in villages, towns and cities around the world, can the Council live up to the expectations placed upon it at the time of its establishment in 2006.

*Caka A. Awal is an official in the Ministry of Foreign Affairs of Indonesia. Above is his personal view.