This week UN Member States will consider the “zero draft” of goals and targets entitled ‘Introduction and Proposed Goals and Targets on Sustainable Development for the Post 2015 Development Agenda” which has been issued by the two Co-Chairs of the Open-ended Working Group (OWG) on Sustainable Development, namely H.E Mr. Macharia Kamau, Permanent Representative of the Permanent Mission of the Republic of Kenya to the United Nations and H.E. Mr. Csaba Kőrösi, Permanent Representative of the Permanent Mission of Hungary to the United Nations.

The zero draft proposes 17 future Sustainable Development Goals (SDGs) to be attained by 2030, as well as associated targets. These are illustrated in the diagram below: 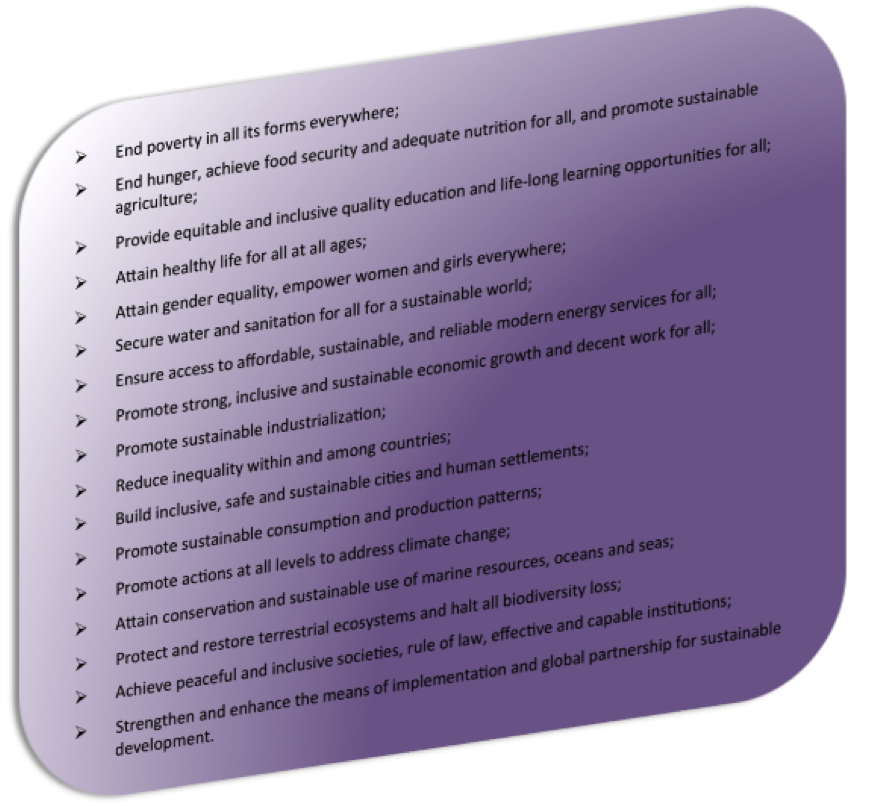 The preamble of the zero draft recognizes important achievements in the current proposals to take into consideration the universality of human rights. This still remains rhetoric however, and fails to explain how a human rights based approach to achieve these goals could be measured and implemented.

It is unfortunate that the socioeconomic goals and targets within the zero draft are not recognized as human rights in themselves. An example of this is the proposed SDG on secure water and sanitation. The target does not include important aspects of the rights to water and sanitation, as recognized by the UN Human Rights Council and other international human rights bodies. The right to water under Article 11 of the International Covenant on Economic, Social and Cultural Rights (ICESCR), as interpreted by the Committee on Economic, Social and Cultural Rights (CESCR) and recently accepted by the UN General Assembly and Human Rights Council, includes an explicit concern for safety and quality, as well as affordability, of water for domestic or personal use. The proposed targets under the SDG do not take into account these existing human rights parameters.

Furthermore, with regard to the proposed SDGs on attaining gender equality, it is not clear how the target to end all forms of discrimination against women and girls will be measured and rated as the policy interventions to achieve it are not specified. Since discrimination against women has yet to be eliminated even in the developed world, it is not clear how this could be achieved on a global scale. The goal itself is worthy, as it helps to raise awareness of the need to encourage gender equality and empowerment worldwide. However, there is currently no clear evidence of how this could actually be achieved.

While recognizing the need for capable institutions as a new SDG is welcomed, it remains unclear what type of institutions should be developed. Similarly, clarity needs to be provided with respect to providing public services for all by 2020, focusing on the need to ensure accessible and affordable justice systems and legal aid. It should be clarified that a person has an immediate right to remedy under international human rights law, and that States must not defer or delay the implementation of this legal obligation. The OWG should explicitly re-affirm this, and not give States until 2030 to provide equal access to independent and responsible justice systems. Further, ensuring equal access to the justice system requires concrete measures to eradicate existing barriers to access to justice, particularly the affordability of justice for people living in poverty. This target should then be complemented by a commitment to eradicating all barriers to access to justice. Furthermore, the target should guarantee that justice systems would provide a remedy for civil, political, social, economic, cultural and environmental human rights so as to buttress national-level accountability over the SDGs. 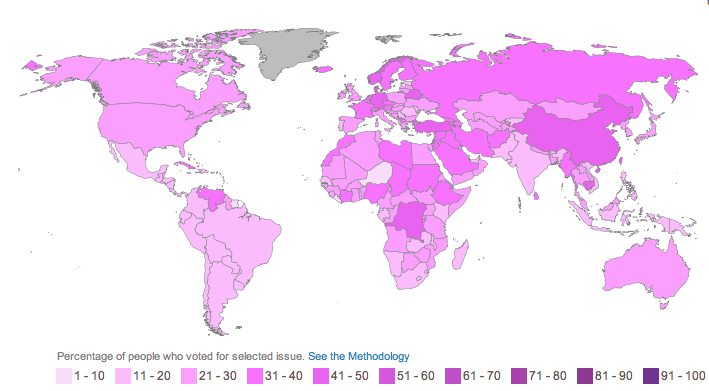 It is also observed that the process for formulating the future SDGs seems to have deviated from the principle of a grassroots approach. While a survey from the World We Want indicates that political freedoms remain the main priority of the post-2015 development agenda, this issue is reflected as a sub-target in the Chair Document. Moreover, it is not clear how the OWG will find an acceptable target which would be objective and in accordance with international human rights law.

Drawing from the lessons of the Millennium Declaration and 2010 MDGs Summit, in which space for civil society participation was minimal, it will be critical for a post-2015 agreement to be more inclusive, led by representatives from the Global South rather than Northern donors. While civil society uptake and ownership of the MDGs in the Global South has been uneven at best, recent surveys indicate a clear grassroots demand for a post-2015 development framework. The quality of the consultation process will be a key determinant of the legitimacy and ultimate impacts of the post-2015 global monitoring framework.

Global SDG indicators should go beyond standard outcome or impact measures (maternal mortality ratio, literacy rates and so forth) to include a modest number of indicators that capture human rights commitments to the extent that these can be generalised across countries. These proposed indicators should also promote accountability for human development outcomes.

It is hoped that when Members of the Open-ended Working Group consider elaborating on goals and targets this week, they remind themselves of the raison d’être of this exercise, which is to eliminate absolute poverty worldwide and to ensure that every single human being is afforded a life of dignity, free from fear and want.