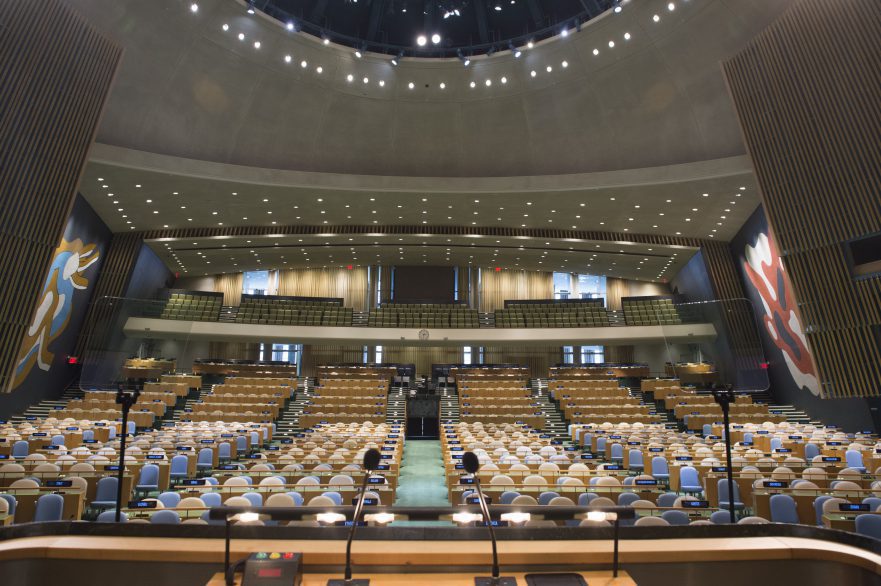 The best place to get a sense of both is the general debate of the UN General Assembly (GA) in New York, held each year in October, where the world’s presidents, prime minsters, foreign ministers and assorted dignitaries meet to pronounce on global developments, crises, and trends.

With that in mind, today the Universal Rights Group NYC launches the first of what will become an annual analysis of the speeches of world leaders at the UNGA – a human rights-orientated analysis designed to pick out key words, key themes and key ideas from the nearly 200 high level speeches delivered every year at beginning of each GA session.

Every year, the general debate focuses on a different main theme – although leaders are of course free to address any issue. This year, the 72nd session of the GA (GA72) addressed the overall theme: ‘Focusing on People: Striving for Peace and a Decent Life for All on a Sustainable Planet.’

URG NYC’s detailed analysis of their 196 speeches identified reference to 1,874 human rights-related topics or subjects. When clustered and prioritised (only themes raised by at least four different speakers were included in the final analysis), it was possible to identify around 107 broad themes.

The results of this groundbreaking assessment are presented below via two ‘word clouds,’ one summarising key thematic human rights issues and one relaying the most talked about country-specific human rights situations (i.e. situations of alleged violations). For each, the size of the word reflects the total number of mentions of the given theme or situation. 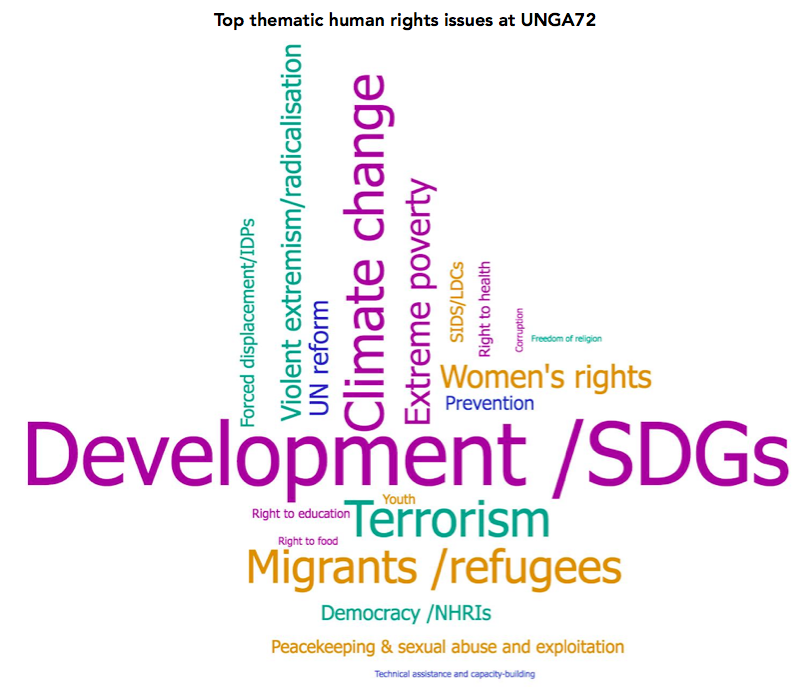 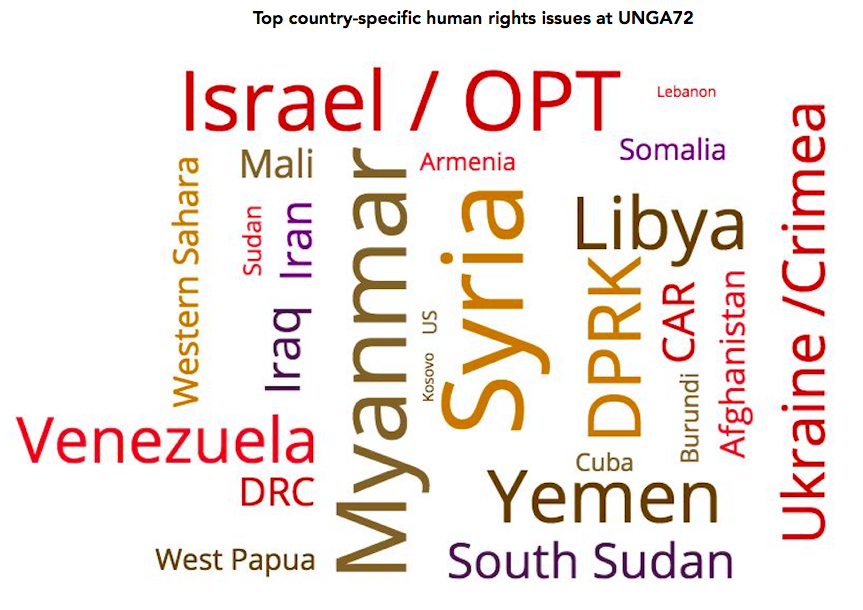