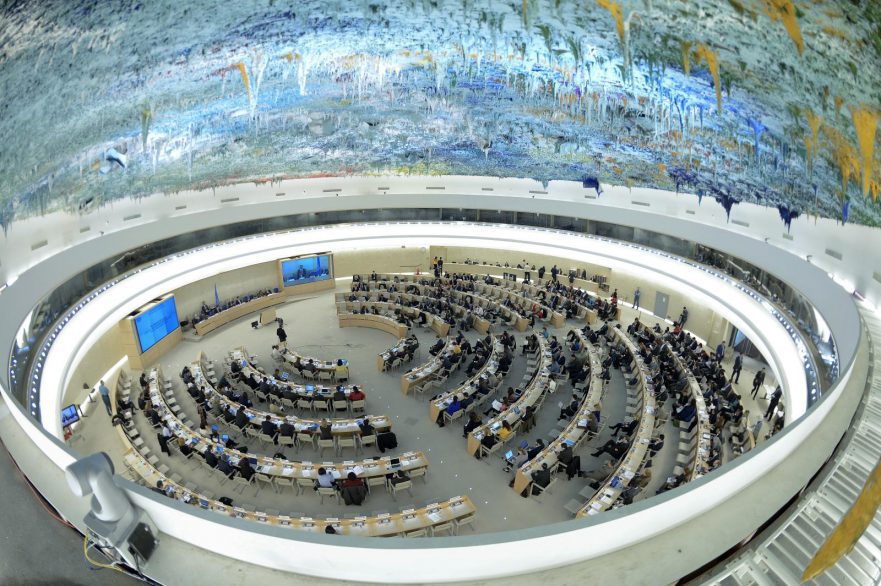 Human rights – alongside peace and security, and development – constitutes one of the three pillars of the United Nations. Their interconnected nature is clear: without steps to promote and protect human rights, the international community will be unable to achieve peace and security, while socio-economic development will remain unequal. Yet more than 70 years after the establishment of the UN, human rights remains the Organisation’s ‘neglected pillar’. If she or he is to help fulfil the UN’s purpose, the next Secretary-General must work to resolve this architectural imbalance.

Beginning with the words “We the Peoples”, the UN Charter clearly positions the promotion of human rights as core to the UN’s purpose and principles. Yet from the very beginning of the Organisation, many states – especially powerful states – have seen the UN’s human rights work as, at best, a nuisance, and, at worst, a direct threat to an international order based on sovereignty and non-interference in domestic affairs.

At first it was the Western powers that sought to constrain the UN’s actions on human rights. These countries, concerned with issues of colonisation and racism, argued that the UN only had a mandate to promote human rights, not to protect them. This “no power to act” doctrine held sway for more than 20 years until it was challenged in the 1960s and 70s by groups of developing countries which argued that, when faced with grave human rights violations, the international community was duty-bound to act. This stance led to the emergence of UN resolutions and mechanisms designed to strengthen the Organisation’s capacity to address human rights violations.

Curiously, this re-orientation of the UN’s role in human rights was quickly embraced by the Western powers, and equally quickly disavowed by leading countries of the Global South – some of which had originally called for the dismantling of the “no power to act” doctrine. In an interesting case of role reversal, these countries now argued that the UN’s human rights pillar was being leveraged by the developed world to ‘name and shame’ developing countries.

One consequence of this polarisation – and of the underlying political sensitivities surrounding the relationship between sovereignty on the one hand, and universal human rights on the other – has been the general neglect of human rights, both in terms of funding and the relative institutional importance afforded to the human rights pillar. Whereas security and development are addressed by main UN bodies (the Security Council and the Economic and Social Council (ECOSOC)), human rights is dealt with by a subsidiary body (the Human Rights Council).

This situation is damaging for the credibility and effectiveness of the UN as a whole. If it is ever to be addressed, it will require strong leadership by the Secretary-General. While states themselves are unlikely to develop the necessary political will for change, the Secretary-General is in a unique position to act as a catalyst for reform.

This important role was leveraged most effectively by former Secretary-General Kofi Annan. In a 2005 report, Annan called for human rights to be accorded: “a more authoritative position, corresponding to the primacy of human rights in the Charter”, and proposed to replace the Commission on Human Rights with a Human Rights Council. While he left it to states to decide whether “they want the Council to be a principal organ of the UN or a subsidiary body of the General Assembly” (GA), he made his own preference clear by putting his proposals under the heading “The Councils” – placing the Human Rights Council alongside the Security Council and ECOSOC.

Unfortunately, while the General Assembly endorsed the proposal to construct the new Council, it decided that it would be a subsidiary organ of the GA. The GA reaffirmed this decision in 2011, but agreed to review the Council’s status in 10-15 years’ time.

The lead up to this vital review and, possibly, the period of the review itself (2021-2026) will fall under the term of the new Secretary-General. Using this review to strengthen the human rights pillar should be a key priority for any incoming leader.

The review also offers an invaluable opportunity for wider reflection on how to strengthen the human rights pillar, including through enhanced regular budgetary funding and improved implementation of the Human Rights Up Front action plan across the UN. It also provides an opportunity for the next UN leader to ensure a human rights-based approach is adopted to address contemporary global challenges – from violent extremism and climate change, to achieving sustainable development for all.