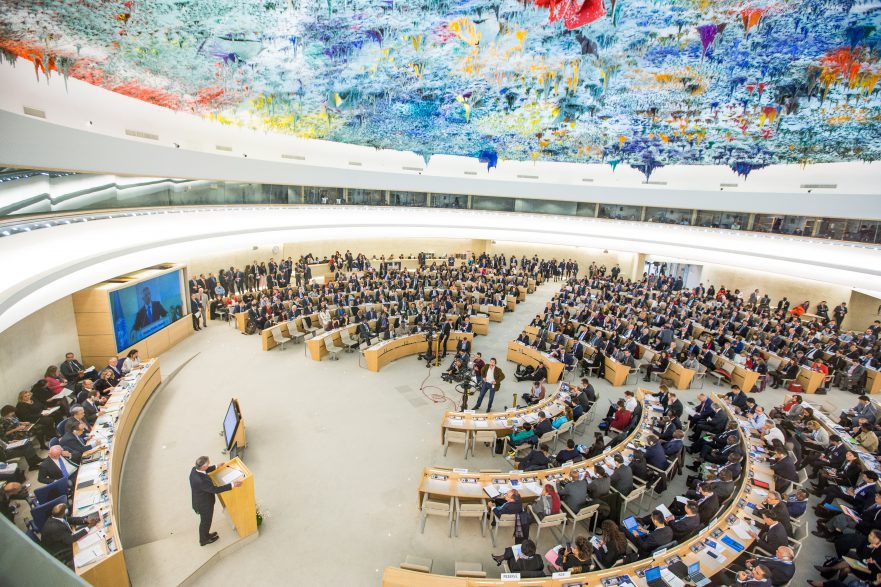 A comparative analysis of Council and Third Committee resolutions

The relationship between the Third Committee of the General Assembly and the Human Rights Council sometimes appears not dissimilar to that of two brothers. Like brothers, for the most part, these two key UN human rights bodies get on well, with both understanding that they are part of the same family and that their fortunes are ultimately intertwined. However, also like siblings, when problems arise, the lack of a clear hierarchy between them can lead to confusion, rivalry and, occasionally, bad blood.

The seeds of the occasionally fractious relationship between the Third Committee and the Council were laid in 2005-2006 when States chose to ignore the-then Secretary-General, Kofi Annan’s hints that the newly established Council (which replaced the old Commission on Human Rights) should be a main body of the UN – on an (almost) par with the Council’s representing the other two pillars of the UN system: peace and security (i.e. the Security Council), and development (i.e. ECOSOC). Instead, States decided that the Council, even though it would be the UN system’s apex body ‘responsible for promoting universal respect for the protection of all human rights and fundamental freedoms for all,’ would only be ‘a subsidiary organ of the General Assembly,’ (OP1 of GA resolution 60/251).

Right from the start of the Council’s work, when the body’s first President, Luis Alfonso de Alba of Mexico, was forced to present the Council’s annual report to the GA not from the podium but from the seat of the Mexican delegation, this institutional fudge caused friction and confusion. Should the Council report only to the plenary of the GA, or also – at first instance – to its Third Committee (responsible for human rights)? If the latter, should members of the Third Committee have the opportunity to scrutinise and, potentially, re-open decisions of the Council, or merely receive and acknowledge them? Perhaps most fundamentally, the situation raised the question: which part of the UN system is responsible for driving international human rights policy: for setting norms and for holding States accountable against those norms? Is it the Council, is the Third Committee, or is it both?

These questions are important because they impact upon the overall coherence of the international human rights system.

The issue of coherence matters because, at its most fundamental level, it has implications for whether or not the world needs the Human Rights Council at all. If, for example, the Third Committee retains the power to negotiate and adopt its own UN resolutions on human rights, and has the prerogative to unpick or block Human Rights Council resolutions (often on the same or very similar subjects), then a sensible observer might reasonably ask why the Council should spend ten weeks a year negotiating its own texts or establishing human rights mechanisms. Moreover, if, as happened in 2013 and again last year, the Third Committee can simply block (or try to) Council resolutions that some of its members don’t like (namely, in those cases, resolutions on the issue of ‘reprisals’ against human rights defenders, and on the issue of sexual orientation and gender identity), then one might ask why the General Assembly ‘resolve[d] to create a Human Rights Council’ in the first place.

This explains why, to many stakeholders, the events of 2013 and 2016 were about far more than normal disagreements over the extent and nature of universal human rights norms; rather they also had existential implications for the prerogatives of the Council and the institutional integrity of the UN human rights system.

One useful way of measuring and understanding these issues of coherence and integrity is to look at the resolutions adopted by the Council and the Third Committee. As noted above, one consequence of the current institutional fudge over the position of the Council in the UN hierarchy is that two different parts of the UN – the Council and the Third Committee – both draft, present and adopt human rights resolutions. What is more, often times these two sets of resolutions cover the very same subjects, yet present notably different positions or recommendations to States. This raises the obvious question: which UN body – the Council or the Third Committee – speaks for the UN in the area of human rights? In other cases, the human rights resolutions adopted by the two bodies are functionally identical (clearly ‘copy and paste’ duplications): a clear waste of human and financial resources.

These numbers, which in some cases indicate a worsening of the situation since 2012-2013, are suggestive and indicative of significant problems – overlap, duplication and normative confusion – in the UN human rights system. There is clearly no added value in the 5% of Third Committee texts being functionally identical to their Council equivalent; nor is it be said to be a wise use of resources when 1/5 of Third Committee texts have significant substantive overlap with the Council’s resolutions.

In the short term, where States feel it necessary to run resolutions on a given subject in both Geneva and New York, then they should ‘stagger’ them – so, for example, table it one year at the Council and the next year at the Third Committee; and should aim to address different aspects of the issue in the two geographies (e.g. Denmark’s resolutions on the prevention of torture).

However, in the long-term, the reality is that above statistics are symptomatic of wider institutional incoherence, and that only by addressing those wider institutional questions will the problems of overlap, second guessing, reopening of Council reports and resolutions, etc., be permanently resolved. In the final analysis that means seizing the opportunity presented by the new review of the Council, starting in 2021, to elevate the Council to be a main body of the UN.

The analysis began at a prima facie level by comparing the titles of the resolutions adopted by each body. Resolutions adopted under the following items of the Third Committee’s agenda were considered to be human rights related:

An analysis of the degree of overlap in the content of these resolutions was then conducted. The analysis considered substantive operative paragraphs with practical effect only, i.e those beginning with/containing any of the following terms:

This analysis allowed them to be divided into five categories:

The results of this analysis have been outlined in full in the article above.

Almost 50% all human rights resolutions passed by the Third Committee during the 2014-2015 biennium contain at least some substantive overlap with their Human Rights Council equivalents.