Part I of this report looks at prevention as a framework for understanding the relationship between the UNSC and the UNHRC, while Part II presents a series of case studies showing how the UNHRC–UNSC relationship has operated in the past.

The six country case studies presented in this groundbreaking new report by UNICEF and URG, show, beyond question, that the UN human rights compliance mechanisms, complemented by the wider UN system, have had and continue to have a clear and measurable impact on the domestic enjoyment of human rights.

The report on the 7th meeting of the Istanbul Process seeks to summarise some of the key points made during each part of the meeting, and to collate some of the best practices shared in that context.

A World Made New: Beyond COVID-19 to a low-carbon, resilient and inclusive world

The Prevention Council: The business case for placing human rights at the heart of the UN’s prevention agenda

The report calls on the international community to learn from past mistakes and place a robust Human Rights Council prevention strategy at the centre of the Secretary-General's revitalised prevention agenda.

The Human Rights Council in 2019

A written analysis of the main events and development at the Council in 2019, as well as data on the quantitative evolution of the Council’s work since the body’s establishment in 2006.

Policy or aspiration: Shedding light on the Human Rights Up Front initiative

The question of ‘what happened to Human Rights up Front’ is an oft-repeated refrain in meetings with New York civil society. However, little consistent and clear information has been provided by the UN secretariat on the status of the initiative...

The Inside Track NY

The report is the fifth annual yourHRC.org Guide to the UN Human Rights Council Elections. It provides general information on the 2019 Council elections (scheduled for 16 October at the GA in New York), when States will compete to win seats for new three-year terms (2020-2022)...

Measuring human rights performance is not straightforward. Yet it is as important as it is challenging. In the context of the global human rights ‘implementation gap’ that has caught the attention of United Nations (UN) member States, and human rights organisations, professionals and advocates, this policy brief sets out the…

Between 2021 and 2026 the UN General Assembly is scheduled to review the status of the Human Rights Council (i.e. should i remain a subsidiary body or become a main body of the UN). URG’s new policy brief provides background information on the 2021-2016 review, and offers thoughts on how…

3 February 2020
For the UN’s prevention agenda to work, it is vital to build a business case for placing human rights at its heart.

Locked up and locked down: how persons in detention have been left behind during COVID-19

While the COVID-19 pandemic has exacerbated global health disparities, the group that has arguably been impacted the most is persons in detention. As the UN Subcommittee on Prevention of Torture (SPT), which supervises compliance with the Optional Protocol to the Convention against Torture[1], has pointed out, ‘persons deprived of their liberty comprise a particularly vulnerable group’. Nowhere has this been more prominent than during the pandemic. For one, hard-won progress in the reduction of COVID-19 cases in parts of the developed world has been a result of, inter alia, the quick rollout of vaccination campaigns as well as social distancing,…

END_OF_DOCUMENT_TOKEN_TO_BE_REPLACED

‘Never has the human right to privacy been more important and more under siege,’ suggested the UN Special Rapporteur on Privacy, Joe Cannataci, when presenting his recent report on ‘artificial intelligence and privacy’ to the Human Rights Council’s 47th session (HRC47). His words seemed especially prescient this week as news broke that spyware developed by NSO Group, an Israeli surveillance company, called Pegasus, has been sold to some of the world’s most authoritarian governments to extract private data from citizens, including human rights defenders and elected officials, record calls and obtain personal messages, track internet searches, and monitor social media…

END_OF_DOCUMENT_TOKEN_TO_BE_REPLACED

On 30 June, UN Secretary-General António Guterres opened the second session of the Generation Equality Forum (GEF) alongside UN Women Executive Director Phumzile Mlambo-Ngcuka and French President Emmanuel Macron. The GEF is a global gathering co-organised by UN Women and the Governments of France and Mexico in close cooperation with youth activists and civil society organisations from around the world. The GEF 2021 consisted of two sessions, which were aimed at reviewing progress made since the adoption of the Beijing Declaration and Platform for Action 26 years ago and addressing current challenges, including climate change and the impact of the…

END_OF_DOCUMENT_TOKEN_TO_BE_REPLACED

On 13 June, at the National Constitution Center in Philadelphia, President Joe Biden delivered a fiery speech on the importance of protecting voting rights in America. The president emphasised the need for free and fair elections in order to uphold American core values as well as to strengthen democracy domestically and abroad. The speech was directed both at the American people and at their congressional representatives, with many Republican office holders seeking to limit ballot access across the United States in what has been called a ‘21st Century Jim Crow assault’, while Democrats have largely pushed to restore and expand…

END_OF_DOCUMENT_TOKEN_TO_BE_REPLACED

From apartheid South Africa to the Euro 2020 football championship: how sport and human rights make for natural teammates

Competitive sports and the athletes who compete in them, can have an enormously positive impact on the enjoyment of human rights. The global reach and popularity of sports such as football, rugby, cricket, basketball, golf, athletics, and Formula 1, mean they can be used as a vehicle to either promote human rights (e.g., soccer training camps for disadvantaged children), or – in some cases – leveraged to whitewash human rights abuses (see the popularity of hosting Formula 1 races amongst the world’s autocracies). Moreover, the voices of elite athletes reach millions every day, and can – and often are –…

END_OF_DOCUMENT_TOKEN_TO_BE_REPLACED 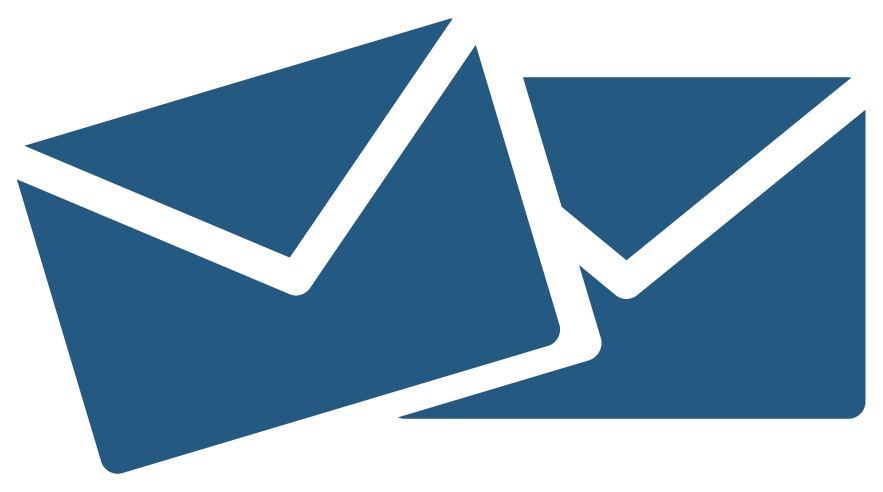 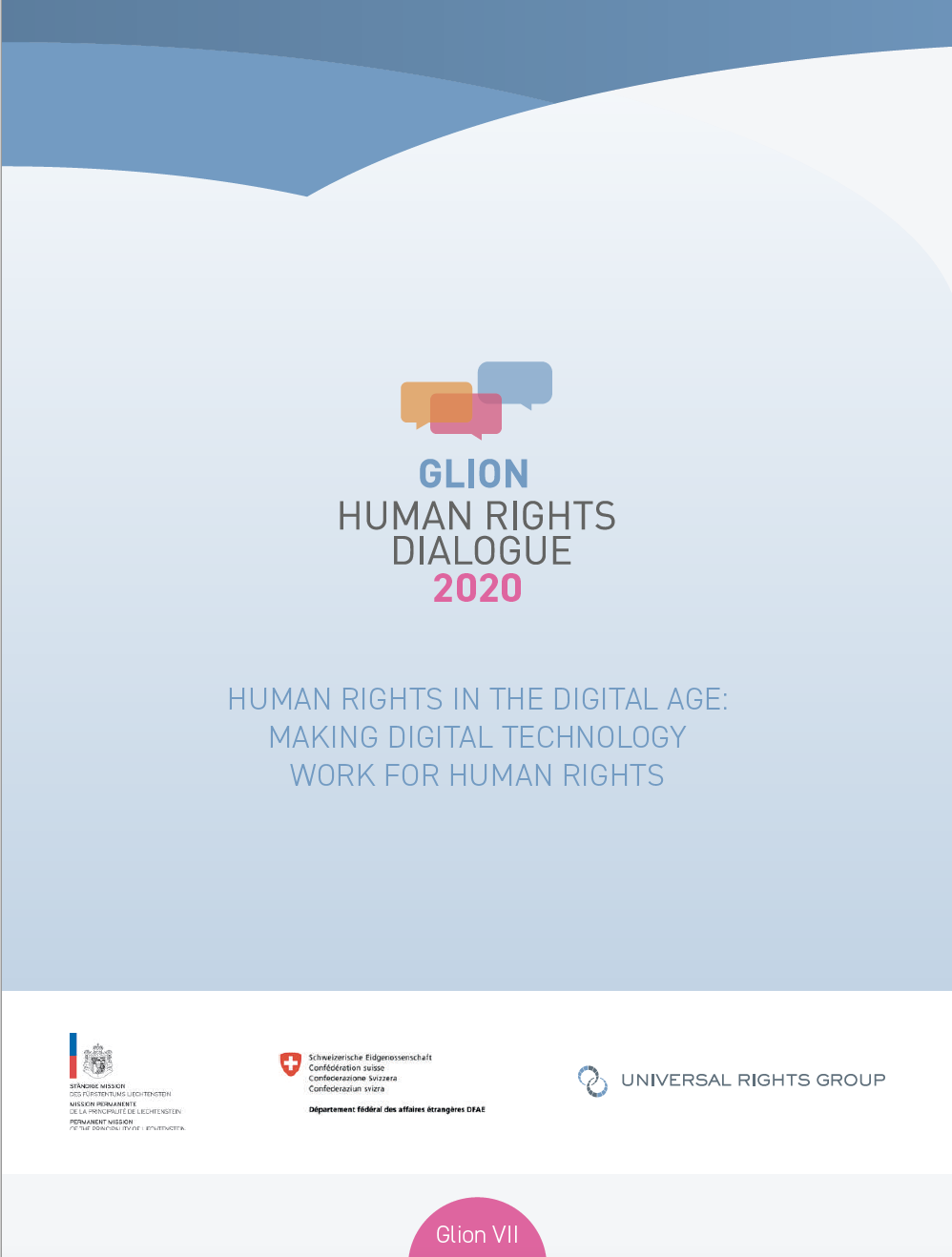 The seventh Glion Human Rights Dialogue (Glion VII), organised by the Governments of Switzerland and Liechtenstein, and the Universal Rights Group (URG), in partnership with the…

#The time is now - The case for universal recognition of the right to a safe, clean, healthy and sustainable environment

OSLO+Digital – International support for the national implementation of UN human rights recommendations, including as a contribution to the Sustainable Development Goals during the COVID-19 pandemic

On 9 and 10 June 2020, the Permanent Missions of Denmark and The Netherlands to the UN in Geneva, in cooperation with the Universal Rights…

Towards a new accountability? The role of UN-mandated investigative mechanisms in securing accountability for human rights violations at the national, regional and international level’

The Universal Rights Group (URG), in cooperation with the Permanent Mission of the United States to the UN in Geneva, is organising a virtual policy dialogue focusing on 'Towards a new accountability? The role of UN-mandated investigative mechanisms in securing accountability for human rights violations at the national, regional and international level'.    The policy dialogue ...

No planned events at the moment

The Istanbul Process is the dedicated mechanism for follow-up on the implementation of the action plan set out in Human Rights Council resolution 16/18 on combatting intolerance, negative stereotyping and stigmatisation of, and discrimination, incitement to violence and violence against, persons based on religion or belief.

Impact OSS is a data management tool designed to help States manage recommendations received from the UN's human rights mechanisms, coordinate implementation across government, as well as between the executive, legislative and judicial branches of the State; and facilitate streamlined reporting back to the UN.