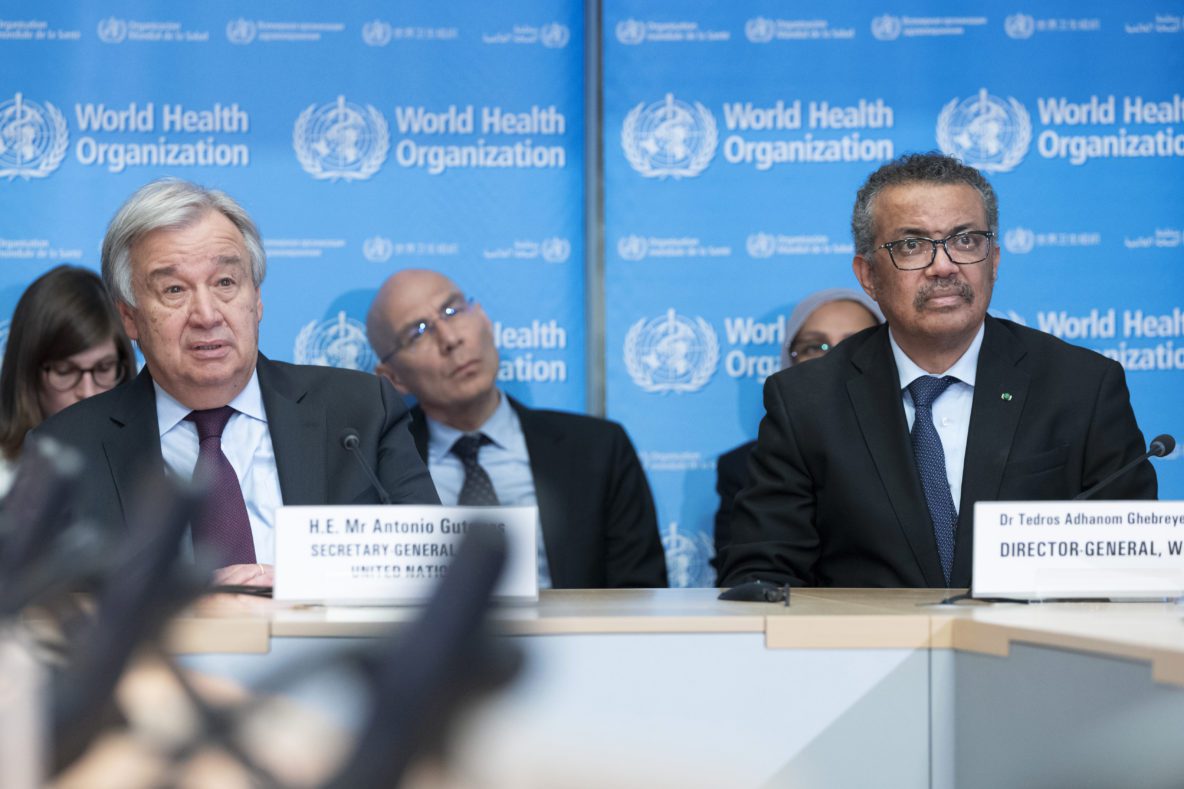 Addressing the opening of the 74th World Health Assembly in Geneva on Monday, UN Secretary-General António Guterres warned that ‘unless we act now, we face a situation in which rich countries vaccinate the majority of their people and open their economies, while the virus continues to cause deep suffering by circling and mutating in the poorest countries.’ This sharp criticism of the inequity that has characterised the global distribution of vaccines shines a harsh light on the failure of companies, governments and the international community at large to ensure a human rights-based approach to vaccine distribution, and global health more broadly. As a result, this risks further exacerbating inequalities in an already troubling economic and sanitary context, which has seen inequalities within and amongst States reach their highest levels in decades.

While the vaccine rollout is a huge step forward and cause for much-needed optimism, ensuring fair and equitable vaccine access is crucial not only as a moral and human rights imperative, but also from a global health perspective. In reality, however, aside from some laudable but insufficient efforts at international solidarity (for example through the COVAX initiative), the refusal by some States to consider vaccines a global public good – as evidenced by ‘vaccine hoarding,’ export restrictions and disputes concerning patent waivers for COVID-19 vaccines, for example – points to a chronic and dangerous inability to prioritise a rights-based approach to public health. The political sensitivities and significant hurdles around these issues demonstrate the need for a consensual international framework, such as an international treaty with human rights safeguards, to better address future pandemics.

While the US nears making vaccinations accessible to all who want them, several countries, particularly from the Global South, have received very few, and in some cases absolutely no doses. This inequity in global vaccine distribution runs counter to a human rights-based approach and constitutes a violation of States’ obligations pursuant to the International Covenant on Economic, Social and Cultural Rights (ICESCR).

The Committee on Economic, Social, and Cultural Rights (CESCR), which monitors States’ compliance with the ICESCR, has emphasised that every person has the right to enjoy the benefits of scientific progress, and that States must cooperate to ensure that the rights enshrined in the Covenant, including the right to health, are upheld. The current inequitable distribution of vaccines raises doubts as to whether States are fulfilling their extraterritorial obligations under the ICESCR, which requires them to jointly take all necessary measures to ensure the prevention, control and treatment of COVID-19. The United Nations Office of the High Commissioner for Human Rights (OHCHR) has expressed in similar vein that a global pandemic of this scale will require mitigating efforts to be based on human rights principles such as international solidarity, cooperation, and assistance. Yet, it is evident that States are not living up to their commitments.

To Waive or Not to Waive?

The manufacturing of vaccines overwhelmingly takes place in the Global North, and some commentators have argued that one obstacle preventing the more equitable and efficient distribution of vaccines worldwide is the existence of Intellectual Property (IP) regimes, such as the Agreement on Trade-Related Aspects of Intellectual Property Rights (TRIPS). The TRIPS Agreement is an international treaty between all members of the WTO and establishes minimum standards for the regulation of different forms of IP that apply between the members inter se.

In October 2020, India and South Africa introduced a proposal for a ‘TRIPS waiver,’ which would lift IP restrictions in order to allow developing countries to produce medical equipment, including COVID-19 vaccines, in reliance on IP and know-how that would otherwise be patented. Local production, so the supporters contend, would constitute a step towards the more equal distribution of vaccines worldwide. South African and Indian WTO representatives have stressed that in light of the ‘global emergency, it is important for WTO Members to work together to ensure that intellectual property rights such as patents … do not create barriers to the timely access to affordable medical products including vaccines.’

More than 57 countries have come to support the waiver, many of which are in the Global South, including the entire African Group and the Least Developed Countries (LDC) Group at the WTO. A few weeks ago, in a rather unexpected development, the Biden administration joined the cause, citing the grave nature of the pandemic as valid grounds to consider exempting COVID-19 vaccines from IP laws currently in place, and expressing the hope that such a waiver will help bring forward the end of the pandemic.

Growing international support notwithstanding, the proposal has drawn criticism from developed countries, including members of the European Union, the United Kingdom, Japan, and Switzerland, as well as from pharmaceutical companies themselves. Indeed, as we have discussed elsewhere, the EU has maintained the view that the root cause of ‘vaccine inequality’ lies not with the enforcement of IP regimes but rather export restrictions and ‘vaccine hoarding’ in wealthy Western States. That is due to the specialised nature of the global pharmaceutical supply chain, and the fact that the manufacturing process especially for the novel mRNA vaccines developed by BioNTech-Pfizer and Moderna is highly complex. In other words, well-intentioned as it may be, a lifting of the regulatory standards imposed by the TRIPS Agreement might not remedy the unequal distribution of vaccines in the short- and medium-term, since developing countries simply lack the resources and productive capacity to immediately benefit from such a measure.

IP organisations likewise oppose the waiver. They argue that IP laws are principal drivers of innovation, as evidenced in the rapid development of vaccines against COVID-19; a removal of the protections offered by the TRIPS regime might have long-term detrimental ripple effects and curb innovation in future.

On the other hand, detractors argue that the waiver was purposefully included within IP law, and that if it was not made to be used in the context of a global pandemic, then when? They further counter objections to the short-term effectiveness of such a measure by pointing to the fact that many pharmaceuticals that would benefit from the waiver are not based in developing countries and do not have capacity or resource constraints. They contend that decreasing the barriers to production would thus increase the stock of vaccines available globally and help mitigate the issue of inequitable distribution.

A Treaty for Future Pandemics

Leaving aside the complexities of a potential TRIPS waiver, which is just a small drop in the ocean of the fight against COVID-19, perhaps the time has come to rethink the fragmented response of the international community on a more fundamental level.

It is in this spirit that 24 world leaders called for the creation of an international pandemic treaty on 29 March this year, which would enshrine a worldwide commitment to managing future pandemics in a more efficient and equitable manner. More concretely, it is envisaged that the treaty would help put in place advanced warning systems for potential pandemics, and improve information sharing as well as the distribution of vaccines and protective equipment across countries and continents.

The call for an international pandemic treaty is thus the latest, and perhaps most ambitious, of a growing number of initiatives – including the TRIPS waiver and COVAX programme – geared towards combating ‘vaccine nationalism’ and ensuring a human rights-based approach to vaccine distribution. As the last few months have unquestionably demonstrated, the effects of pandemics transcend national borders; as such, the efforts of States in mitigating the resulting public health and economic crises must be international as well – better even, they must be truly global and solidary.