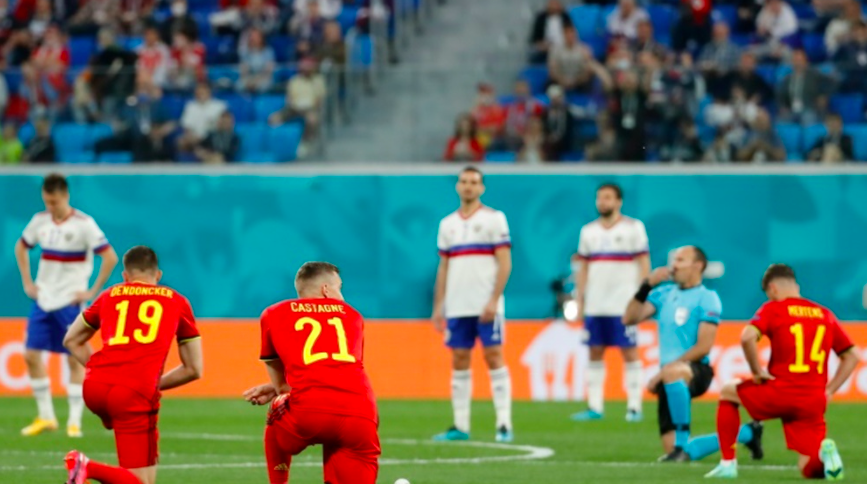 Competitive sports and the athletes who compete in them, can have an enormously positive impact on the enjoyment of human rights. The global reach and popularity of sports such as football, rugby, cricket, basketball, golf, athletics, and Formula 1, mean they can be used as a vehicle to either promote human rights (e.g., soccer training camps for disadvantaged children), or – in some cases – leveraged to whitewash human rights abuses (see the popularity of hosting Formula 1 races amongst the world’s autocracies). Moreover, the voices of elite athletes reach millions every day, and can – and often are – used to inspire people, especially young people, the world over (consider, for example, Ronaldo’s recent call for people to drink water instead of cola and its repercussions on the right to health). This is especially the case in the age of social media. These sportsmen and women are, in effect, exercising their own human rights (e.g., freedom of expression, freedom of peaceful protest) to promote the rights of others. Three examples – one historic and two recent – serve to powerfully illustrate this point: the role of sports boycotts in the dismantling of South Africa’s apartheid State; and the actions of the Germany and England football teams during the recent European football championships (Euro 2020).

What is the relationship between sport and rights?

As the Human Rights Council has repeatedly made clear (most recently in its resolution 43/18 on promoting human rights through sport and the Olympic ideal), sport is a ‘universal language that contributes to educating people on the values of respect, dignity, diversity, equality, tolerance and fairness as a means to combat all forms of discrimination and to promote social inclusion for all,’ and can be used ‘to promote awareness, understanding and the application of the Universal Declaration of Human Rights, and to promote human rights and to strengthen universal respect for them, thus contributing to their full realisation.’ Sport also contributes to ‘the continued advancement of women and girls […], providing opportunities for women’s and girls’ empowerment.’

In addition to non-discrimination, sport helps promote the rights to education, to health, to participation, and to culture. Participation in sport, as either an athlete or a spectator/fan, serves to encourage social integration, for example of people from different ethnic, national, or cultural backgrounds, or persons with disabilities. As the UN has made clear, sport also contributes to the achievement of the Sustainable Development Goals ‘leaving no one behind,’ to the promotion of peace and security.

This positive potential of sport can be, and often is, amplified when individual athletes, especially star athletes, and popular sports clubs/teams, exercise their own human rights to raise awareness and educate their millions of followers, whether against racism or in favour of the right to health, for example.

On the other side of the ledger, the popularity of, and glamour associated with, sport and major sporting events are often used by autocratic governments to distract attention from human rights abuses, and present a whitewashed image to the world about the host country. Ahead of such events, many of those States routinely crack down on human rights defenders, independent journalists and others who might, in the view of authorities, ‘tarnish’ the country’s image. Other States violate human rights, for example the rights of migrant workers, in preparing for major sporting events (e.g., in constructing stadia).

Apartheid was a legislative system that supported segregationist policies against the non-white citizens of South Africa. Under apartheid, non-white South Africans (a majority of the population) were forced to live in separate areas from whites and to use separate public facilities. Despite strong and consistent opposition inside and outside South Africa, apartheid remained in place for almost five decades. Many factors contributed to its eventual demise, however, one of the most powerful was a campaign of boycotts, divestments and sanctions instituted by the global anti-apartheid movement.

Sports boycotts of South Africa were a powerful means of drawing international attention to the systematic human rights abuses being committed by the State, and of increasing pressure on successive South African governments.

For example, in 1964, the International Olympic Committee (IOC) withdrew its invitation to South Africa to the 1964 Summer Olympics, after interior minister Jan de Klerk insisted the team would not be racially integrated. South Africa was formally expelled from the IOC in 1970. In 1988, the IOC adopted a declaration against ‘apartheid in sport.’

Boycotts of the South African cricket and rugby teams were particularly effective, considering white South Africans’ love of these sports. The cricket boycott was prompted by the reaction of the South African authorities to the selection of Basil d’Oliveira, a ‘Cape Coloured’ South African, for the England national cricket team in 1968. The 1970 South African tour of England was called off and replaced by a ‘Rest of the World’ tour featuring several South African players. Consequently, in 1970 the International Cricket Conference (ICC) imposed a moratorium on tours to South Africa. While there were several ‘rebel tours’ to the country in the 1970s and 80s, players were banned by their national federations upon their return home. Regarding rugby, although South Africa remained a member of the International Rugby Board (IRB) throughout the apartheid era, tours to the country remained extremely controversial, and South Africa was officially excluded from the first two Rugby World Cups, in 1987 and 1991.

The fight over European values at Euro 2020

On 4 July 2021, the national football teams of Germany and Hungary squared off in Munich for a group match in the 2020 European Football Championships (Euro 2020). In the months preceding the tournament, Hungary’s right-wing Prime Minister, Viktor Orbán, had come under intense criticism in Europe for laws targeting his country’s LGBTQ+ community. These laws, according to other EU leaders, stood in stark contrast to ‘European values’ and violated the human rights of LGBTQ+ persons.

To draw attention to those violations, and to the plight of people in Hungary, the City of Munich sought permission from European football’s governing football body, UEFA, to light the stadium up with the LGBTQ+ colours. The captain of the German football team also wore an armband with the same colours.

In 2016, American footballer Colin Kaepernick went down on one knee as the American national anthem was played at the start of an NFL match. He made this gesture, he said, because he could not stand to show pride in the flag of a country that oppressed black people.

Since that time, ‘taking the knee’ has become a powerful global symbol of the fight against racism, inside and outside of sport.

Ahead of Euro 2020, the entire England football team, which included many black players, all of whom had suffered incidences of racial discrimination and hatred during their careers, announced that they would ‘take the knee’ during all warm-up games and during all the matches of the tournament proper. This announcement caused significant controversy in England, and during the warmup games, large sections of the crowds booed the team when they ‘took the knee’ at the start of matches. UK Prime Minister, Boris Johnson, and Home Secretary, Priti Patel, both refused to condemn those booing the England team, with Patel maintaining: ‘That’s a choice for them [the spectators], quite frankly.’ Both went on to describe ‘taking the knee’ as nothing more than a gesture, with the Home Secretary making clear, ‘I just don’t support people participating in that type of gesture politics.’

After England lost the final on penalties, the three young England players who missed, all of whom happened to be black, were subjected to a systematic campaign of racism and hate speech, especially on social media. At this point, both the UK Prime Minister and the Home Secretary jumped to the defence of the England players, with the latter expressing her disgust at the ‘vile racist abuse.’ However, in view of having earlier condoned the booing of the England team, another England player, Tyrone Mings, criticised the Home Secretary, saying (on Twitter), ’you don’t get to stoke the fire at the beginning of the tournament by labelling our anti-racism message as gesture politics, and then pretend to be disgusted when the very thing we’re campaigning against, happens.’

The Belgium team suffered a similar experience during a Euro 2020 match against Russia in St Petersburg. Video footage showed what appeared to be a sizable number of the 26,264 spectators in the stadium whistling and jeering as the Belgian players and the match officials ‘took the knee.’

It is clear from these, and many other examples, that the fight against racism and other forms of discrimination, and related human rights abuses, still has a long way to go, including in the world’s democracies. However, it is equally clear that sport, and the inspirational example of sportsmen and women around the world, are perfectly placed to use their unique platforms to continue to push for positive change. And these people are used to winning!

Featured photo: Belgiums players and the referee took the knee before Saturday’s match against Russia. AFP