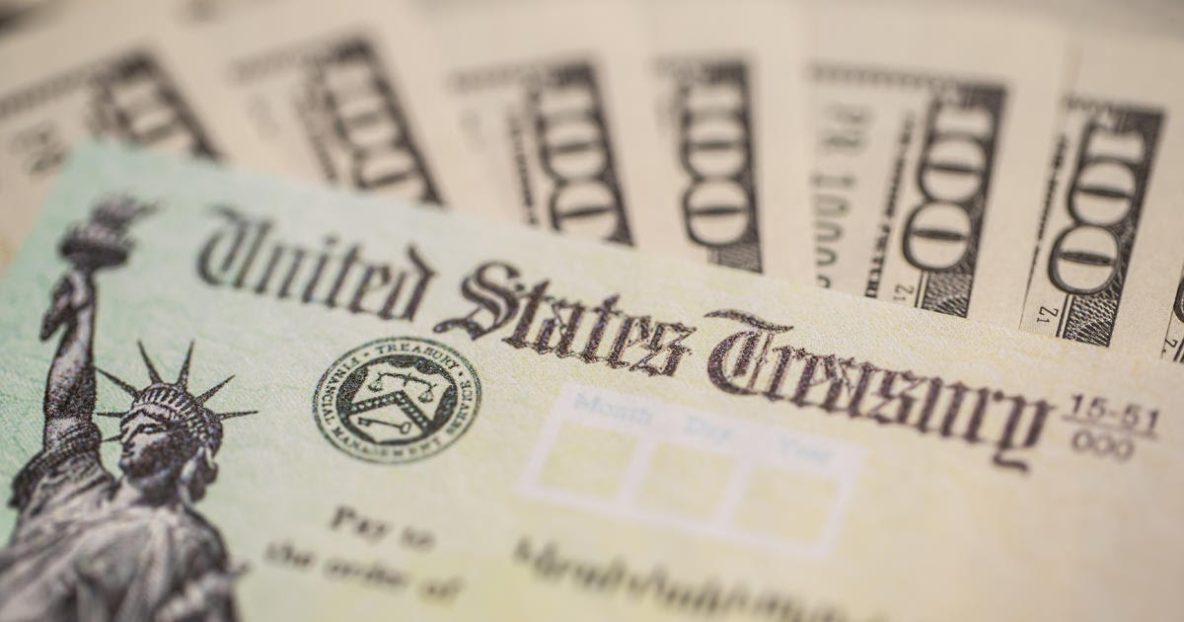 Despite the growing feeling that the end of the COVID-19 pandemic may be in sight, a staggering number of people worldwide continue to suffer from the consequences wrought. The imperative to provide support to those who have suffered the most and the opportunity to ‘build back better’ have never been more evident. The Biden administration seems to recognise this, as the proposed $1.9 trillion American Rescue Plan has the potential to tackle the more systemic inequalities in American society–like child poverty. Successful passage of this bill and the subsequent impact it will have could constitute a shift away from historical reluctance to provide support for economic, social, and cultural rights (ESCRs) in the US. But the shift will need to be more durable in order to truly ‘build back better’, as Biden has advocated, and encourage greater recognition of ESCRs as integral to the resilience of democracy and US society.

The COVID relief bill has faced pushback from both sides of the aisle. As expected, the bill passed through the Senate on an entirely party line vote. After a final vote in the House, the bill was sent to Biden’s desk for signature on Thursday, 11 March. As it stands, the package includes similar provisions to previous relief bills like targeted stimulus checks and an extension of unemployment benefits. It will also introduce expanded tax credits and an increased minimum wage. The package signifies an acknowledgement by the Biden administration that the current system is in need of changing, not just one-off assistance.

The impact on child poverty

The Center on Poverty and Social Policy at Columbia University recently released an analysis on the potential impact the American Rescue Plan could have on reducing child poverty levels in the US. Researchers found that ‘a relief package containing enhanced Supplemental Nutrition Assistance Program (SNAP) benefits, unemployment benefits, family and child care tax credits, as well as direct cash payments and an increased minimum wage could cut child poverty by more than half in 2021.’ Biden himself said that the bill could lift as many as 5 million kids out of child poverty. The Columbia analysis finds that policies could reduce the overall poverty rate by 3.6 points to 9%, below pre-pandemic levels, and could lift 12 million Americans out of poverty. The impacts would be greatest for Black and Hispanic families.

While numerous components of the relief package would have a positive impact, many are paying particular attention to the child tax credit. The credit, which maxes out at $2,000 annually under current legislation, could be increased to as much as $3,600 for families with younger children (per year, paid monthly). In a bizarre paradox, millions of Americans currently do not make enough money to qualify for the full benefit. Many also face challenges like knowledge barriers or unstable housing, preventing them from filing their taxes and receiving the benefit. The House Ways and Means Committee estimates that the increased credit, which would also be paid to families that don’t earn enough to pay taxes, would likely help about 20 million lower-income people.

Today, children are more likely to be living in poverty than adults. Impoverished children are more likely to be homeless or food insecure, and ‘are at greater risk of abuse, physical and developmental problems, and poor academic achievement.’ School closures due to the coronavirus pandemic have pushed more children into food insecurity, as many rely on school meals to eat. Studies have shown that children living in poverty do not develop at the same pace or in the same way as children living in higher-income, well-resourced households, potentially disadvantaging them for life.

There are also considerable long-term benefits to lifting children out of poverty. Children that do better in school and developmentally are more likely to go on to high school and college, and are less likely to be recipients of public assistance in the future. A 2020 paper by Harvard University economists Nathaniel Hendren and Ben Sprung-Keyser found that ‘each dollar spent on health insurance programmes for children led to a $1.78 return for the government.’ It is logical then that many economists argue financial relief would provide similar benefits. The proposed relief package is expensive, and hesitancy to spend money on support measures is deeply entrenched in American politics. But while the pandemic has made the need more obvious, it has not created it. A 2015 committee to address child poverty, convened by Congress, concluded that ‘alleviating child poverty would cost billions, yes, but not doing so would be even more expensive.’

Economic and social rights in the US

The conversation around child poverty in the US calls attention to the greater perception of human rights in America, which has typically referred to civil and political rights, not economic and social. In the most obvious rebuke of these rights, the US is not party to the International Covenant on Economic, Social and Cultural Rights (ICESCR). Despite being one of the richest countries in the world, ‘a broadly neo-liberal approach to the economy and to business, combined with insufficient political and financial investment in social security and health systems’ has resulted in massive gaps between the wealthiest and poorest, with the most marginalised communities suffering the brunt of inequality. The US has done little over the years to address these issues. In 2019, the US ranked ‘37th among OECD countries – barely ahead of last-place Turkey – for how little it spends on family benefits: just 0.6% of gross domestic product.’

When confronted with the persistent inequalities, US officials have balked at claims of rights abuse. UN Special Rapporteur on extreme poverty and human rights, Phillip Alson, visited the US in December 2017. His report found that the ‘immense wealth and expertise [of the US] stand in shocking contrast with the conditions in which vast numbers of its citizens live. About 40 million live in poverty, 18.5 million in extreme poverty, and 5.3 million live in Third World conditions of absolute poverty.’ Nikki Haley, Trump’s US Ambassador to the UN at the time, claimed the very premise of looking into poverty in America was ‘patently ridiculous’, as US legislatures actively work to address the issue.

But the notion that US lawmakers have been actively working to rectify growing inequalities, is not entirely true. The provisions of Biden’s American Rescue Plan intended to support those most in need have been criticised, mostly by US Conservatives. Many argue that expanding assistance measures will reduce the incentives to work. But this is largely theoretical, as people who receive assistance, particularly single mothers, are actually afforded more leeway to pursue careers. Furthemore, the sense of dignity associated with employment cannot be ignored. The other argument, that these benefits should be offered exclusively to those with jobs, further highlights that many American lawmakers do not see economic rights as human rights.

The need for greater recognition of economic rights as human rights in the US is amplified when placed against the backdrop of the internationally agreed Sustainable Development Goals, which provide States with a blueprint for sustainable and equitable development The SDGs are grounded in human rights agreements and standards, and a number of the SDGs (namely, 1, 2, 8, 10) in particular highlight specific goals for States to meet in order for a  liveable life to be achieved. UN Secretary-General Antonio Gueterres himself recognised the importance of ‘building back better’ through the framework of the SDGs, noting in his report on COVID-19 and human rights that ‘the lessons learned from this human crisis can lead to more peaceful, just, inclusive and resilient societies and deliver on the promise of the 2030 Agenda through the SDGs.

How has the rest of the world fared?

Jason Furma, a Harvard University economist, has called the American Rescue Plan ‘the most ambitious proposal to reduce child poverty ever proposed by an American president.’ The plan has forced Americans, lawmakers and everyday citizens alike, to grapple with ideas about child poverty that have not been addressed for decades. Yet this seemingly revolutionary event in US politics seems less so when compared with other wealthy States.

At least 17 wealth countries currently subsidise child-rearing for much of the population. In many countries, benefits in the form of cash allowances are truly universal – meaning families receive the assistance regardless of their annual income. Canada has a similar program to the one in the US, with benefits phasing out for higher earners, but provides a much larger sum of up to $4,800 per child each year. There is also an abundance of evidence that policies of this nature work. One study found that the child benefits in Canada boosted test scores and health outcomes. Another study found that the German child benefit program led families to spend more money on food, not on things like alcohol, as many in the US argue would happen should greater public assistance be provided in this form.

Biden himself has made nods to economic and social rights, saying in a speech while a Presidential candidate that ‘equality of opportunity, rule of law, and equal access to justice, a quality education and healthcare, are also important bedrocks of a functioning democratic society.’ But the stark contrast between the situation in the US and policies implemented in other developed countries demonstrate that the connection between economics, human rights and democracy has not been fully realised. And while the American Rescue Plan offers a step in the right direction, as it is written, the benefits will only last for one year. Some Democrats are hopeful that the expansions will become permanent. Should that be the case, more durable policies towards lifting children from poverty and addressing economic inequalities in the US can assist in shifting the perception that economic rights are indeed human rights.

Featured photo: Originally featured in Third stimulus check: Will you get a stimulus check — and how much?, CBS News, March 5 2011