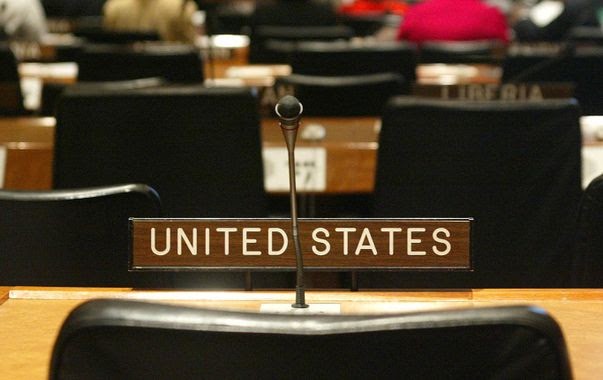 Starting 20 January, when US President-elect Joe Biden takes office, so much can change for human rights at the United Nations. The US, which is the largest contributor to the UN budget by far, will have the power to move mountains if President-elect Biden delivers on his plan to restore US leadership on the global stage. His transition team has been preparing for months. He sees four crucial challenges in the US and around the world: the COVID-19 pandemic, the economy, racial justice and climate change.

President-elect Biden has committed to rejoining the UN Human Rights Council, because the US stands to gain more through engagement. It may be expected that the US will insist on its principal concerns since the Council’s creation, that Council members uphold human rights and that all States be treated by the same standards. If the US becomes a member of the Council once more, it will bolster allies for human rights. Presently, the Council’s membership includes fewer liberal democracies than last year.

President-elect Biden has committed to restoring America’s relationship with the World Health Organization and coordinating a global response to the COVID-19 pandemic. In addition, he has a plan to safely reopen schools. His Administration can support similar efforts around the world by rejoining UNESCO. Concerns over an anti-Israel bias, which led to the Trump Administration’s decision to leave UNESCO, may have subsided with the organization’s new leadership. By engaging, the US could promote shared values through education for democracy, programs supporting press freedom, advancing girls’ education and strengthening the organization’s reputable Holocaust education.

Taking on racial justice domestically, a Biden-Harris Administration may also be poised to usher in a new deal on racism at the United Nations. Fighting racism should enjoy consensus, but the topic has been politicized at the UN for decades. In 1975, the General Assembly’s Third Committee adopted a resolution determining that Zionism was racism, reversing its decision only in 1991. This trend continued when the World Conference on Racism adopted in 2001 the Durban Declaration and Programme of Action, which, again, singled out Israel. To this day, resolutions on racism are adopted by a vote for this reason. A new deal to combat racism could bring consensus and promote fresh commitments to address systemic racism, racial healing, reparations and incitement, online and offline.

President-elect Biden has committed to rejoining the Paris Agreement on climate change on day one and encouraging countries to raise their climate targets. To pursue environmental justice, his Administration could consider supporting the global movement that recognizes the right to a healthy environment.

The Biden-Harris Administration has committed to restoring US support for women’s health and ending the global gag rule which limits its funding. US contributions to the UN Population Fund (UNFPA) were as high as $76M in 2015, and fell to zero in 2018, under a false claim that the organization funded forced abortions. New contributions will support UNFPA’s mission to deliver a world where every pregnancy is wanted, every childbirth is safe and every young person’s potential is fulfilled. The humanitarian work of the organization is supported by contributions from all regions, including more conservative Governments.

Children’s rights stand to benefit from truly universal support if the US finally ratifies the Convention on the Rights of the Child, being the last State to join. The same applies to women’s rights and the rights of persons with disabilities, whose respective treaties have not been ratified by the US and few other States. Perhaps there is also an opportunity to form consensus on a new convention on older persons. In 2012, the US was isolated in voting against a UN General Assembly resolution which called for a new convention. A first step in the opposite direction could be for the US to join States in its region and sign the Inter-American convention on protecting the human rights of older persons.

President-elect Biden has a very detailed plan to advance LGBTQ+ equality. There are steps that can be taken at the UN as well, in addition to joint statements in support of equality. The US can help promote the continued development of the work to protect, include and empower LGBTI people in every part of the UN system.

Another shared priority is reopening civil society space. For the international community to deliver on the 2030 agenda for sustainable development and create effective and inclusive policies, the UN needs inputs from civil society. With US engagement, the Economic and Social Council (ECOSOC) may be encouraged to consider a structural overhaul of the Committee on Non-Governmental Organizations, which acts as the UN’s gatekeeper. Several other steps are needed for the people to be heard, including stronger measures to combat reprisals against human rights defenders.

Starting 20 January, allies for human rights will have multiple opportunities to encourage reinvigorated engagement, innovative thinking and challenging outdated limitations. Following a period of great polarization with obvious costs, now is the time to reconsider positions and for a new consensus to emerge in so many areas to advance human rights.