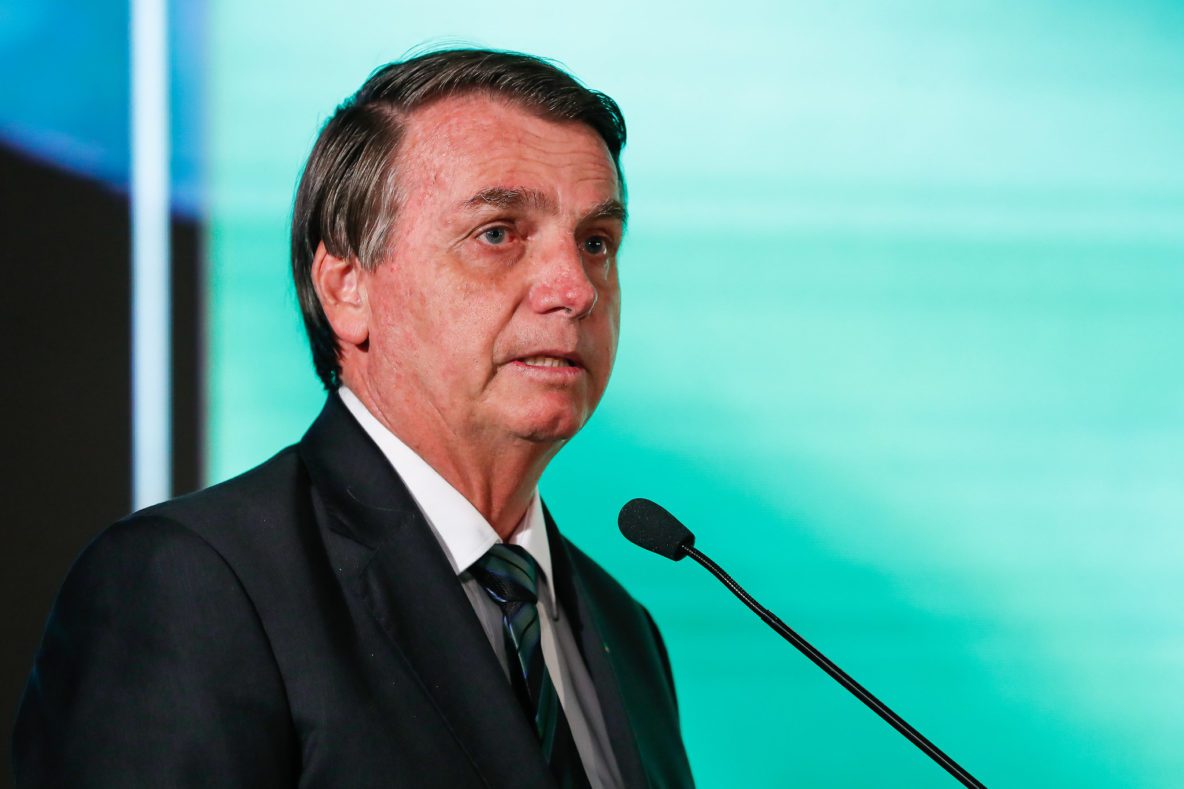 Brazilian indigenous leaders have requested the International Criminal Court (ICC) prosecutor, Fatou Bensouda, to investigate[i] President Jair Bolsonaro for ‘crimes against humanity’, accusing him of unprecedented environmental damage, killings, and persecution. Chief Raoni Metuktire, the leader of the Kayapo people, and Chief Almir Narayamoga Surui, leader of the Paiter Surui tribe, filed the claim at the Hague-based body on 22 January.

Since Bolsonaro became president in January 2019, the leaders claim that ‘the destruction of the Amazonian forest has accelerated without measure’. Deforestation has, according to the filing, rocketed ‘by 34.5 percent in a year, the assassination of indigenous leaders is at an 11-year high and environmental agencies have collapsed or faced threats’.

The forced transfers of local peoples and persecution constituted ‘crimes against humanity’.

Bolsonaro’s government has proposed legislation that would relax restrictions within Amazon regions for commercial mining, oil and gas extraction, and large-scale agriculture.

Activists are pushing for ecocide (illegal human activity that causes substantial damage or destruction of the natural environment) to be added to the crimes prosecuted by the ICC, alongside genocide, crimes against humanity, and war crimes. This issue was raised by the Maldives and Vanuatu at the ICC general assembly in December 2019.

‘This situation, the most dramatic in the last 10 years, is a direct result of the policies of Jair Bolsonaro’, who wants to ‘lift all the barriers to plunder the wealth of the Amazon’, the suit said, also singling out mining firms.

It said the ‘destruction of the Amazon forest […] was a direct danger not only for Brazilians but for all humanity’.

Already in 2019 – the year Bolsonaro took office – Indigenous Peoples of the Brazilian Amazon and environmental defenders from around the world warned that the government’s policies were causing unparalleled environmental destruction. For example, they explained that the 2019 wildfires that affected 7,200 square miles of the Brazilian rainforest were a direct consequence of Bolsonaro’s pro-extractive (mining, oil, and gas), cattle, and large-scale agriculture policies, and of the President’s stated wish to ‘integrate’ indigenous peoples into society and exploit the wealth of the Amazon. Through these policies, the President – it was argued by the claimants – encouraged, inter alia, the systematic invasion of Indigenous Peoples’ lands, forcible transfers, and the systematic killing of indigenous leaders.

Indigenous peoples are heavily dependent on their natural environment for sustenance, wellbeing, and culture. The destruction of the environment therefore has a major impact on their rights to health, food, housing, and culture – to name but a few. It is also a direct violation of their right to live in a safe, clean, and healthy environment. Unless Bolsonaro changes course, the destruction of the rainforest threatens the very survival of these communities, their traditions, and their culture. Beyond the borders of Brazil, the destruction of the Amazon will also accelerate climate change – hence the assertion by Chief Raoni Metuktire and Chief Almir Narayamoga that the Brazilian government’s policies have implications for humanity at large.

The right to a healthy environment

Since 2011, thanks to the work of the Maldives, Costa Rica, Slovenia, Switzerland, and Morocco, as well as the current and former Special Rapporteurs on human rights and the environment, knowledge about the specific ways in which environmental harm – including but not limited to climate change – affects the enjoyment of human rights, and how, in turn, the protection of human rights can inform and strengthen efforts to prevent environmental degradation, has increased exponentially.

Yet no instrument or resolution today clarifies whether and when environmental harm can be considered a human rights violation. Since 2020, civil society organisations and environmental defenders have begun ramping up their efforts to press the UN to recognise and enforce the right to a clean, safe, healthy, and sustainable environment. For indigenous people in the Amazon, as with millions of others around the world, universal recognition is key to closing the gap between human rights aspiration and human rights reality.

[i] The claim has been filed before the ICC’s Prosecutor Bensouda, who should now conduct a thorough investigation to decide whether or not to make an application for a pre-trial chamber to present charges and begin an investigation. Bolsonaro could then face trial and, should he be found guilty, could face up to 30 years to life, fines, and confiscation of property.