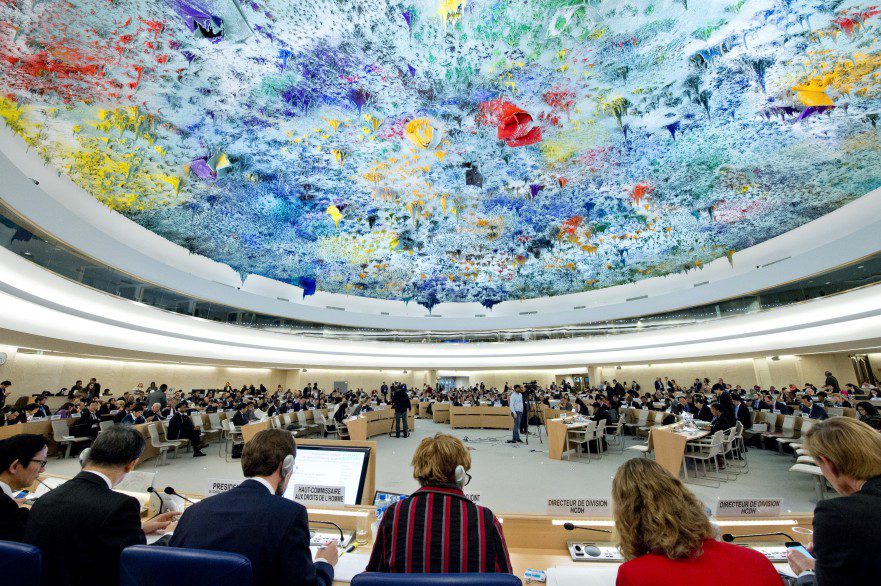 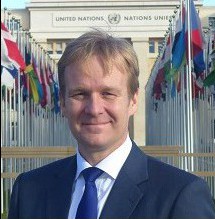 In his statement to the 31st session, the High Commissioner for Human Rights spoke of a “growing disarray in many countries.” This is a sad conclusion to be drawn; yet it undoubtedly reflects the reality of today’s world. Around the globe, old conflicts persist and new ones erupt, and despite the hard lessons of the 20th Century, men still commit horrendous crimes against humanity. But I became a diplomat because I believe that there is hope, and that the international community, despite all its – real or perceived – weaknesses, has the collective power to stand up to injustice, help those who are vulnerable, and hold perpetrators to account.

In this context, the work of the Human Rights Council is indispensable. Of course the Council is far from perfect; much has been said about its shortfalls. But looking at the results of the 31st session, which recently ended, I remain optimistic. Let me share a few reasons why that is so.

I see it as highly significant that the Council moved to adopt, by consensus, the EU-Japan sponsored resolution on the DPRK. This was the first time a resolution on that situation has been adopted without a vote since March 2013. This is particularly impressive given the strongly worded nature of the text, which expresses deep concern about the systematic, widespread and gross human rights violations in the country, which, in many instances, may constitute crimes against humanity. As a new element, the resolution establishes a group of independent experts on accountability. I look forward to their recommendations for practical mechanisms to secure truth and justice for victims.

Another resolution adopted by consensus, the EU-led text on Myanmar/Burma, welcomes continued positive developments towards political and economic reform, democratisation, national reconciliation, good governance, and rule of law. The promotion and protection of human rights is, of course, central to all of those reforms. At the same time, the resolution encourages the Government to take further steps to consolidate progress and to address outstanding issues. Among those outstanding issues, the EU retains serious concerns about human rights violations in Rakhine State, particularly with respect to persons belonging to minorities.

Both these examples demonstrate that, despite increased polarisation in the Council, and the default opposition of some Council Members to country-specific resolutions under item 4, consensus is still possible when a strong and clear case for action is made, and when States from all regions work together in a spirit of dialogue and cooperation.

The 31st session also saw the adoption of a strong resolution on the rights of the child, presented by the EU together with our long-standing partner on this issue, the Latin American Group. This year’s resolution is focused on information-communication technology and child sexual exploitation. It is universally accepted that children require special protection. But this understanding is often left behind once a child goes on-line. How can we allow children to benefit from ICTs while protecting them against related risks? The adopted text calls upon States to ensure the legal protection of children from sexual abuse and exploitation online, and inter alia to establish fast and effective procedures for the removal or blocking of relevant content, including by adopting legislation and promoting self-regulatory frameworks for businesses.

Beyond the adoption of resolutions, the EU also led a joint statement expressing concern about the deteriorating human rights situation in the Democratic Republic of the Congo (DRC), supported by 39 delegations.

In 2016, the African Year of Human Rights, we continued to cooperate with our friends and partners in Africa to support the work of the Human Rights Council in promoting and protecting human rights in the Central African Republic, Burundi, Mali, Guinea, Eritrea and South Sudan. Regarding the latter, the EU welcomes the establishment of a new Council mandate: a Commission for human rights in South Sudan. This new type of Special Procedures is tasked with monitoring the human rights situation in the country, and providing guidance on transitional justice and accountability.

Thematic issues at the centre of our work at HRC31 included: freedom of opinion and expression offline and online, freedom of association and assembly, the abolition of the death penalty, and the fight against torture and other cruel, inhumane and degrading treatment or punishment.

No time for complacency

That is not to say the 31st session of the Council was without its challenges.

Systematic opposition, by some States, to the very idea of country-specific resolutions is a continuing and worrying trend, which must be constantly fought, as it risks eroding the Council’s ability to fulfil its mandate, as set down in GA resolution 60/251, to ‘address situations of violations of human rights, including gross and systematic violations, and make recommendations thereon.’

At this particular session, I was also struck by the uncooperative approach adopted by some States on thematic issues related to civil and political rights; seeking to undermine resolutions on human rights defenders, peaceful protests, and torture. I was also disappointed to see continued efforts, on the part of some countries, to limit civil society participation in the Council. At HRC31, we witnessed NGO speakers frequently interrupted with points of order, both during plenary sessions and during informal consultations, and on some occasions NGO representatives were aggressively challenged during side events.

Another worrying trend at HRC31 was the sending of mixed messages on the same issue: most notably through the adoption of two contradictory resolutions on terrorism, with each according a different value to the importance of protecting human rights whilst combating terrorism. This problem, reminiscent of the old Commission for Human Rights, undermines the Council’s credibility. When one considers that voting on these texts took place only a few days after the horrifying terrorist attacks in Brussels, it is all the more regrettable that the Council was not able to present a united front on such an important issue.

The Human Rights Council is an important global forum for dialogue and engagement. Part of that dialogue must be a willingness, by all States, to both impart and to accept constructive criticism. Certainly the EU is not exempt from that. At HRC31, the EU came under intense scrutiny over the situation of migrants arriving at our borders. Such scrutiny represents an important opportunity to explain our principles and positions, but also to listen to and to learn from our international partners. We also understand that our calls for improvements in the human rights situations elsewhere will only be credible if they are backed up by a strong track record at home – across all EU Member States.

The session showed, once again, that the Council is not perfect. Ten years into its life, it has achieved many successes, but it has also sometimes fallen short. However, as anyone who has been a parent of a ten year old child knows, the way to deal with shortfalls and difficulties is not to give up: it is rather to redouble our efforts and together raise a strong and successful adult.

H.E. Ambassador Peter Sørensen is the Head of the European Union Delegation to the UN, Geneva