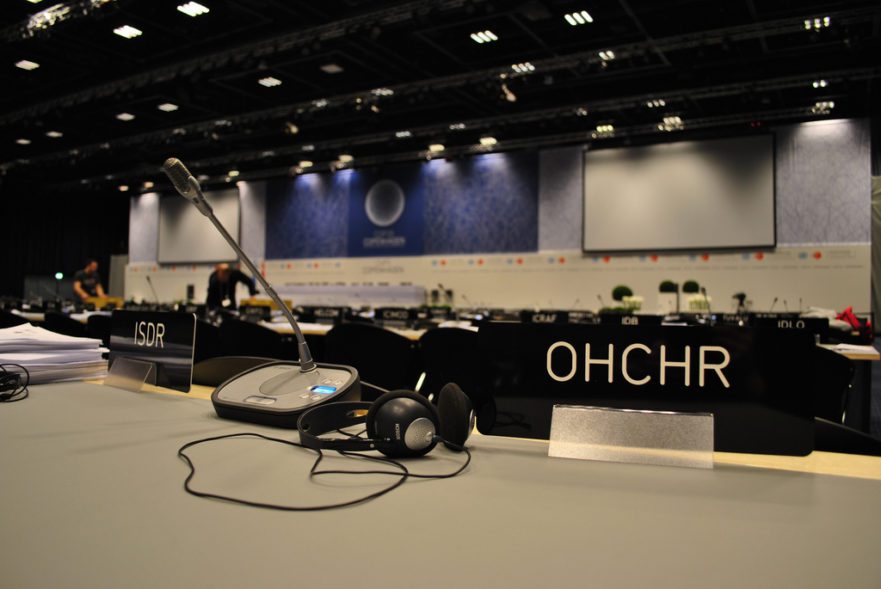 Much has been written over recent months, including in Foreign Policy magazine, OpenGlobalRights and URG Insights, about the multifaceted mandate of the UN High Commissioner for Human Rights, and the acute challenges involved in asking one person to fulfil all parts of that mandate, some of which appear to exist in mutual-tension.

In particular, these articles argued that the expectation that the High Commissioner should protect human rights by monitoring, publicly calling-out and ‘preventing the continuation of human rights violations throughout the world, as reflected in the Vienna Declaration and Program of Action,’ does not sit easily with the expectation that she will cooperate with States to promote the enjoyment of human rights on-the-ground, will engage with States to deliver technical assistance and capacity-building, and will act as an impartial, independent and non-political head of the secretariat of the UN’s Charter- and treaty-based bodies and mechanisms.

These and other pieces, perhaps cognizant of such intra-mandate tensions, posited that High Commissioner Zeid tended to emphasise the protection or ‘speaking out’ aspect of his mandate above all else. Flowing from this same analysis, and aware that the UN Secretary-General is understood to have been uneasy with Zeid’s approach, commentators have predicted that the Secretary-General’s handpicked successor to Zeid, Michelle Bachelet, will shift her approach towards more engagement and cooperation with States (at least in first instance) and a greater emphasis on ‘quiet diplomacy.’

However, as URG argued in one recent article, this is a false dichotomy. All parts of the High Commissioner’s mandate are equally important and, if done properly and given equal weight, should actually reinforce one another. For example, by holding out the threat of publicly condemning serious human rights violators, and holding out the possibility that perpetrators will be held criminally accountable (i.e. ‘the stick’), the High Commissioner can help persuade all States that it is in their best interests to cooperate with the UN human rights system in order to build national human rights resilience and prevent violations from occurring or escalating in the first place (‘the carrot’).

This raises the question of: how? How can one person take forward the various different parts of her mandate together? How can she protect human rights, comment on situations, recognise challenges faced by States (as well as achievements and progress), and address violations, without destroying the good will and mutual-trust necessary to promote human rights through cooperation, dialogue and capacity-building support?

One suggestion, made in the articles in Foreign Policy and URG Insights, is to undertake structural reforms of the Office of the High Commissioner for Human Rights (OHCHR), either by splitting the Office between its protection, promotion and secretariat functions, and rebranding the reorganised entity as ‘UN Rights,’ or by creating two powerful Deputy High Commissioner positions, who could (in combination with the High Commissioner herself) then take control of different parts of the mandate.