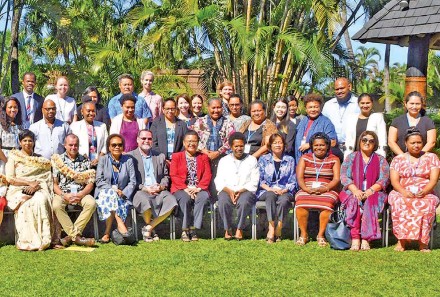 Even before the outbreak of the current COVID-19 pandemic, commentary on the worldwide human rights situation was characterised, to a large degree, by negative assertions of an unfolding human rights crisis. Powered by influential voices at the UN, as well as by civil society and the media, the general public narrative was often one of backsliding in the world’s major democracies, of human rights emergencies in Asia, Africa and Latin America, and of a general retreat from universal values. The current crisis has only amplified these signals of alarm.

But is this correct? Is the current human rights situation as bad as these commentaries suggest; are we really at a post-Second World War nadir? And is the situation, for both economic and social, and civil and political rights, getting worse due to the COVID-19 pandemic and governments’ responses thereto? Or perhaps our perceptions of human rights are skewed by 24-hour news and a human tendency to focus on problems over progress?

The short answer is: we do not know.

Unlike with development or security, human rights progress (or regression) is notoriously difficult to assess and track. Human rights progress is often ‘quiet progress’ – small changes to legislation, police training, discreet shifts in political narratives – and takes place over long periods of time. Moreover, in 2020 the international community has no widely accepted and universally applied methodology for tracking and measuring human rights trends. Where there have been efforts to assess the global human rights situation, these have tended to be either anecdotal (rather than empirical), such as the UN High Commissioner for Human Rights’ annual report to the Human Rights Council; or – where social science techniques have been applied – have focused on a limited range of civil and political rights (e.g. RSF’s Press Freedom Index, Freedom House’s ‘Freedom in the World’ report, and the Economist Intelligence Unit’s Democracy Index).

It is true that some small steps have been taken to develop a unified and workable methodology for measuring human rights change. For example, in 2012 OHCHR published a report on ‘Human rights indicators: a guide to measurement and implementation.’ The report represented a first concerted effort to define a universal methodology for understanding and quantifying human rights change (i.e. via process and outcome indicators). However, the report has never been well known or well understood amongst human rights practitioners. Moreover, some States have consistently opposed OHCHR’s efforts in this area, arguing that it represents unwarranted foreign interference in their domestic sovereign affairs. Partly as a result of this opposition, the OHCHR report is somewhat timid: limiting itself to proposing a general methodology rather than proposing sets of relevant indicators for each human right.

Measuring the impact of the international human rights system

The international community has invested enormous time and energy in building that system over the past 75 years. Today it comprises, inter alia, a Universal Declaration of Human Rights, nine core human rights instruments (international treaties), and various international implementation mechanisms designed to oversee State compliance with their international legal obligations, and recommend domestic legislative and policy reforms to improve compliance in the future.

Unfortunately, for as long as the UN human rights system has existed, commentators have questioned the degree to which it is capable of, and is succeeding in, securing real-world change; i.e. demonstrable improvements in the on-the-ground enjoyment of human rights. Over time, these questions and critiques have fed a broad political narrative that portrayed the UN and the universal principles it seeks to uphold as distant and out-of-touch, and international human rights obligations as ‘more honoured in the breach than the observance.’ According to this narrative, a significant ‘implementation gap’ has been allowed to develop between universal values and local realities.

Concern over this gap, and a determination (amongst some) to bridge it, has played a predominant role in shaping recent reforms of the international human rights system. For example, when proposing the replacement of the former Commission on Human Rights with a smaller, more powerful Human Rights Council, former UN Secretary-General Kofi Annan made clear that a primary objective of the new body would be to ‘lead the international community from the era of declaration to the era of implementation.’[1] Following this political lead, when the UN General Assembly (GA) formally established the Council with GA resolution 60/251, it emphasised that the Council should ‘promote the full implementation of human rights obligations undertaken by States.’[2] In order to fulfil this mandate, the GA instructed the Council to develop methods of work that ‘enable genuine dialogue, [are] results-oriented, allow for subsequent follow-up discussions to recommendations and their implementation, and also allow for substantive interaction with special procedures and mechanisms.’[3] The GA also called upon the Council to promote ‘advisory services, technical assistance and capacity-building,’[4] in order to help ‘strengthen the capacity of Member States to comply with their human rights obligations.’[5]

Has the Council fulfilled its implementation mandate?

In order to assess the degree to which the Council and the wider human rights system have responded to this call, it is useful to recount how that system is meant to work in principle. In short, four conditions must be met if the universal system is to work effectively, and have a real impact on the lives, rights and dignity of individual rights-holders around the world:

Since the establishment of the UN, remarkable progress has been made in meeting the first two of these conditions.

Regarding the first, States have negotiated and adopted a comprehensive and deeply textured canopy of international human rights norms. A Universal Declaration and nine core conventions have been agreed, and these have been complemented by thousands of resolutions, principles, guidelines, opinions and general comments (e.g. by Treaty Bodies) and decisions.

Regarding the second condition, progress has been equally marked. The number of States choosing to ratify or accede to the international human rights treaties, and thus commit to the standards set forth in those instruments, has grown exponentially since their adoption.

However, progress with the third and fourth conditions is both more difficult to assess (it is of course relatively straightforward to count the number of human rights conventions, or the number of treaty ratifications – not so with measuring levels of implementation and impact) and, most likely, is far less pronounced.

Despite the exhortations of Kofi Annan, the Council has rather neglected its mandate to ‘promote the full implementation of human rights obligations undertaken by States.’[6] The Council’s agenda, like the Commission’s before it, is usually dominated by general thematic debate and – to a lesser degree – by discussions and negotiations over serious human rights violations. As a general rule, very little space has been provided for States and other national stakeholders to provide and exchange information on levels of implementation, or to seek international technical and capacity-building support to improve compliance in the future.

There are some (encouraging) signs that States and others are at last beginning to recognise and reverse this neglect. Over recent years, there have been a number of resolutions, joint statements and panel debates about national implementation and follow-up systems; while a new group of friends on national implementation is leading a global effort to promote the quantitative and qualitative development of ‘national mechanisms for implementation, reporting and follow-up’ (NMIRFs). States have also begun to consider the importance and the mechanics of national implementation in the context of other important Council initiatives, such as those on the contribution of human rights to the 2030 Agenda for Sustainable Development and the contribution of human rights to the prevention of crises and conflicts. Moreover, some developing countries, especially Small States, with the support in some cases of OHCHR and civil society groups, have begun to develop and deploy technology solutions to better coordinate and track the implementation of UN human rights recommendations at national level. Finally, URG, working with UN agencies and programmes, has initiated projects to track the results of State cooperation with the UN human rights mechanisms – as well as of UN support for domestic implementation.

Notwithstanding, all these efforts, while extremely promising, at still in their infancy.

Meaningful progress in then measuring the impact of implemented recommendations on the enjoyment of human rights is an even more distant prospect. As noted above, while a broad methodology for doing so (using human rights indicators) has been proposed by OHCHR, this methodology has not been widely taken up or applied by States, NGOs, NHRIs or the academic community. Indeed, many important human rights stakeholders are simply unaware of, or do not understand, this methodology and how to use it. Again, while there are some positive signs this situation may be shifting (e.g. the Human Rights Measurement Initiative (HRMI), and a joint 2019 policy report by URG and HRMI on measuring human rights change and impact), the human rights pillar remains decades behind the UN development system (and its Human Development Index), for example.

Driving further and deeper progress with these last two conditions/dimensions of the international human rights system – national implementation and the measurement of impact/progress – is vital for the enjoyment of human rights around the world, and for the credibility of the UN human rights system. Only by systematically tracking the implementation of UN human rights recommendations across all UN member States (especially via the establishment of NMIRFs), and by working with States to strengthen their national capacity to apply indicators and measure human rights change, can we ever realistically hope to answer the ‘million dollar question:’ is the global human rights situation getting better or worse?