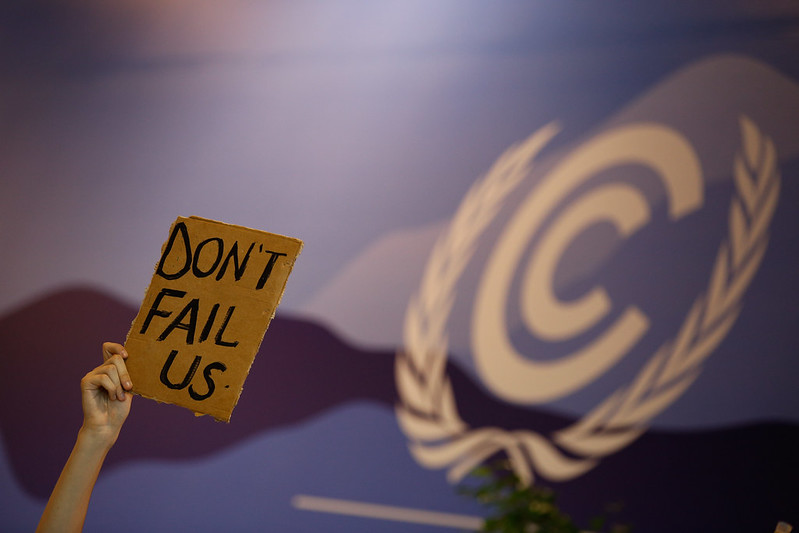 ‘We’re on a highway to climate hell with our foot on the accelerator’ warned UN Secretary General, António Guterres, at the opening of COP27 in Sharm el-Sheikh, Egypt, on 7 November 2022. Guterres presented a grim dichotomy: ‘humanity has a choice: cooperate or perish. It is either a Climate Solidarity Pact – or a Collective Suicide Pact.’

COP27 was the first of these conferences to have been held since the recognition of the right to a clean, healthy and sustainable environment (R2HE) at the Human Rights Council and the General Assembly in October 2021 and July 2022, respectively. A year after COP26, which made some timid progress in terms of language and pledges to phase down coal but fell short of achieving objectives in terms of climate finance, COP27 had promised to be an important forum to pursue action on mitigation, adaptation, finance, and collaboration –the four goals envisioned by the Egyptian presidency.

In addition to the official goals, three key issues have played a fundamental role in the development of COP27, showing that there is a fundamental link between human rights and climate action: the mainstreaming of the right to a clean, healthy and sustainable environment (R2E), the pursuit of justice through loss and damage, and the facilitation of participation and civic engagement, especially of those most affected by climate change.

A few weeks ahead of the conference, a group of UN human rights experts issued a statement calling on COP27 to centre human rights considerations in climate decisions and actions. The group, which included a wide range of Special Rapporteurs and independent experts, highlighted human rights’ ‘potential to inform and strengthen international, regional and national policymaking in the area of climate change’ and called for the mainstreaming of human rights into climate change discussions.

The right to a clean, healthy and sustainable environment

The stakes were high: after a year of record-breaking heatwaves, floods, and droughts, compounded with energy, food, and economic crises, COP27 provided not only an opportunity to act on the implementation of the newly-recognised right, but also to integrate an essential human rights perspective to such actions.

However, on Friday 18 November, the last day of the conference, the Presidency issued a draft decision in which the reference to R2E had been removed from the text, despite it being present in previous versions of the document. The move was contentious especially given the broad consensus as to the recognition of this right as shown in the firm support that the R2E resolutions gained at both the Human Rights Council (43 votes in favor, 0 votes against, and 4 abstentions) and the General Assembly (161 votes in favour and 8 abstentions).

During the negotiations on the last day, several blocs of countries argued for the reintroduction of R2E in the outcome document, including the Environmental Integrity Group, which is comprised of Georgia, Liechtenstein, Mexico, Monaco, the Republic of Korea, and Switzerland, and other groups like AILAC (Independent Association of Latin American and Caribbean, which is comprised by Chile, Colombia, Costa Rica, Guatemala, Honduras, Panama, Paraguay and Peru), and the European Union. Likewise, the High Commissioner and several Special Procedures mandate-holders (including the Special Rapporteurs on human rights and environment, the right to health, and the right to adequate housing) joined the call for the inclusion of R2E in the final decision. Civil society also mobilised to push for the reinclusion of R2E in the text, penning an open letter that was eventually signed by 174 organisations. The letter urged delegations ‘to demand the inclusion of a reference to the right to a clean, healthy and sustainable environment as a priority for the final negotiations at the COP27.’

Their advocacy was ultimately reflected in the final decision issued after the extension of negotiations into the weekend. The text lists the right to a clean, healthy and sustainable environment as one of the human rights Parties should consider ‘when taking action to address climate change.’ The inclusion makes COP27 the first UN environmental conference outcome to include language on this newly recognised universal right.

COP27’s landmark agreement on funding of loss and damage

Another major issue in the conference agenda was loss and damage. For months before the conference, civil society organisations and human rights groups had advocated for establishing a loss and damage facility to be included as an item in the agenda. On the last day of the conference, the protracted impasse in the negotiations around such a fund led organisers to extend the conference an additional day so States could find a way around the deadlock. By then, the three options on the table included the creation of a fund to assist vulnerable developing countries, the establishment of the fund at the next COP, and the establishment of funding arrangements. Led by Pakistan, which recently suffered historical floods, blocs including the Like-Minded Developing Countries, which is comprised of 28 countries, called on strong language for the establishment of a loss and damage fund. In this overtime, the EU shifted its historical position, making it possible to reach an agreement over the creation of the fund with a group of over 134 developing countries and China.

The breakthrough deal to create a loss and damage fund represents a step forward towards achieving justice, equality, accountability, and non-discrimination within climate action. Likewise, the adoption of human rights language in relation to the Santiago Network for technical assistance on loss and damage can assist in grounding human rights into loss and damage action –COP27 reiterated that technical assistance provided under the network should align with the preambular paragraphs on the Paris Agreement affirming Parties’ obligation to consider ‘human rights, the right to health, the rights of indigenous peoples, local communities, migrants, children, persons with disabilities and people in vulnerable situations and the right to development, as well as gender equality, empowerment of women and intergenerational equity.’

The international human rights community and the UN human rights system have been at the forefront of this agenda by leading on the recognition of environmental rights and the links between climate change and human rights. The establishment of the fund is a success for Small Island States and civil society, after their longstanding advocacy in favour of such a mechanism.

In the run-up to the conference, repeated calls from civil society and the UN human rights system urged Egypt to guarantee transparency, information, and public engagement in the conference. As called for by a group of Special Procedures mandate-holders a month before the start of COP27, ‘civil society actors and human rights defenders, including those working on climate rights, must be given an opportunity to raise awareness about their views and protection needs.’ The day before the start of the conference, Amnesty International reported on the arrest of hundreds of people ‘merely because they were suspected of supporting the call for peaceful protests.’ Amnesty called the measures imposed on protests by Egyptian authorities (e.g. protesters needed a COP27 badge and protests had to take place between 10 am and 5 pm in a designated area far from the conference venue) ‘unnecessary and disproportionate, aimed at restricting the ability of individuals to protest safely in a way that allows them to be seen and heard.’

In a statement issued at the end of COP27, a group of UN Special Rapporteurs expressed their deep concerns ‘by reported acts of harassment and intimidation’ against climate activists and civil society, human rights and environmental defenders at the conference. In their statement, these experts affirmed having received ‘multiple reports and evidence of civil society actors, including indigenous peoples, being stopped and interrogated’ and raised concerns about potential reprisals against participating human rights defenders once COP27 has closed.

In an open letter published ahead of COP27, the High Commissioner for Human Rights, Volker Türk, made it clear that climate change has a ‘direct impact on the ability of current and future generations to enjoy their fundamental human rights’ and called for ‘equitable, flexible and accountable mechanisms’ addressing loss and damage as a ‘climate justice imperative.’

COP27 has shown the importance of integrating a human rights-based approach to climate talks, from ensuring the participation and inclusion of different groups in a transparent manner to the incorporation of human rights in decision-making, negotiations, and language.