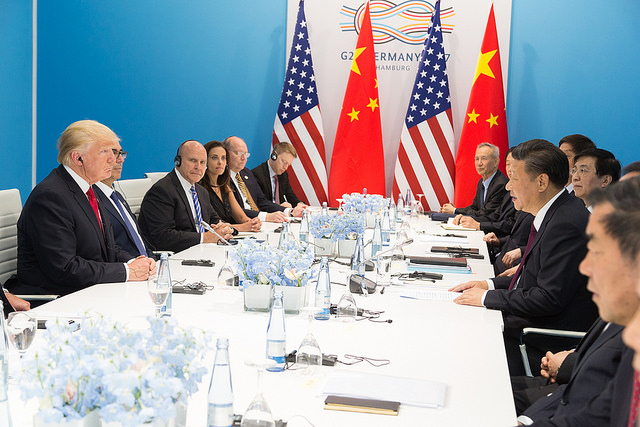 The 37th session of the UN Human Rights Council (read URG’s report on the session here), held from the end of February to late March, was, in many ways, like any other session of the Council. The failure of States to agree on modest but important efficiency proposals in the run up to the session meant that the agenda remained over-full, and space for meaningful dialogue and cooperation remained extremely limited. Amongst 98 high-level speeches, seven panel discussions, consideration of 95 UN reports, 14 interactive dialogues with 20 Special Procedures mandate holders, the adoption of 14 UPR outcome reports, and 260 side events, States somehow managed to negotiate and adopt 42 resolutions – most continuing old initiatives and a few introducing new ones.

However, beneath a familiar surface of UN documentation, general debates, panels and resolutions, the 37th session (HRC37) carried with it deep geopolitical symbolism. Specifically, the session provided further evidence of a new Chinese assertiveness at the Council – a new determination to present a Chinese vision or worldview on human rights, and further proof (if indeed it was needed) that as the world’s hegemon, the United States, threatens to step back or ‘disengage’ from the UN’s apex human rights body, so its superpower rival is looking to step up and fill the gap (as it already has in other areas of international relations including climate change, free trade and globalisation).

At HRC37, these geopolitical undercurrents were brought closer to the surface by a new Chinese initiative and resolution on: ‘promoting the international human rights cause through win-win cooperation’ (the name was later changed to ‘promoting mutually-beneficial cooperation in the field of human rights.’)

This new draft text generated considerable debate amongst, opposition from, and public anguish on the part of, Western States and NGOs.

To some extent this opposition was justified. Early drafts of the resolution (under the ‘win-win’ title) did indeed raise a number of concerns. For example, the preamble stressed that ‘win-win cooperation is the only viable option in an increasingly interdependent, interrelated and integrated world, where countries form a community of shared future,’ that ‘the sovereign and territorial integrity of each state shall be respected,’ and that ‘the world must forge ‘a new form of international relations featuring mutual respect, fairness, justice and win-win cooperation, which is essential…in promoting [the] international human rights cause.’

Notwithstanding, the final adopted text, following informal negotiations and considerable Western ‘push back,’ represented an important improvement on the original. The contested concept of ‘win-win’ was replaced by ‘mutually-beneficial cooperation’ (which was, in turn, grounded in relevant parts of GA resolution 60/251 such as the call for the Council ‘to be guided by the principles of…constructive international dialogue and cooperation,’) while claims that such cooperation should be considered as ‘the only viable’ option for promoting and protecting human rights (or indeed for conducting international relations more widely) were deleted.

Notwithstanding these improvements, a large number of Western States and NGOs lined up, during the last weeks of the session, to criticise the draft; and when the Council moved to take action, the US called for a vote. The resolution was eventually adopted with 28 in favour, 1 against and 17 abstentions.

What to make of this Chinese initiative and the politics around it?

As proposed in URG’s end of session report, perhaps a good place to start is to imagine what would have happened if the final text had been presented by, say, Costa Rica or Sierra Leone. Would it have attracted so much criticism? The answer is probably ‘no.’ This in-turn suggests that the main issue was not so much the resolution itself, but the State that tabled it.

Western States and human rights NGOs are deeply concerned about China’s new assertiveness at the Council – which (as noted) mirrors its increasingly proactive stance in other international fora. Over the past two years China has (for the first time in the history of the UN) moved away from its traditional ‘defensive’ posture on human rights (at the Commission on Human Rights and, since 2006, at the Human Rights Council), and towards a pore proactive posture, designed to shape the international human rights agenda.

This shift began in earnest in 2015 when the Chinese delegation in Geneva approached the then President of the Council, H.E. Mr Joachim Rücker, with a request that he put forward a Chinese-drafted ‘presidential statement’ (PRST) on the ‘Twentieth anniversary of the Fourth World Conference on Women and of the adoption of the Beijing Declaration and Platform for Action’ (PRST 28/1). (Incidentally, China decided to work through a PRST on that occasion because they are seen as less ‘pushy’ than resolutions (representing the consensus view of the whole Council rather than the interests of just one State), and also less politically ‘risky’ (because they are negotiated by the Council Presidency rather than, in this case, China itself)). Later that same year, China pushed through a second PRST, this time on the right to health and capacity building in the public health sphere (PRST 30/2).

Then, in June 2017, China upped the ante further by leading negotiations on a first-ever China-led thematic Human Rights Council resolution. Its draft text on ‘the contribution of development to the enjoyment of human rights,’ was eventually adopted with 30 in favour, 13 against and 3 abstentions.

It was this very open and public assertion of Chinese influence that began to set alarm bells ringing in Western capitals. The new resolution on ‘mutually-beneficial cooperation’ further aggravated those concerns.

But can China really be blamed for being more assertive at the Council or for pushing its own particular human rights ‘worldview’? Surely every delegation at the Human Rights Council pushes its own perspectives and its own interests? The whole point of multilateral diplomacy at the UN is to try to reconcile those different views and positions into a single position reflecting the resolve of the international community.

By the same token, Western States and civil society were right to push back against the early drafts of the resolution – which did represent a serious challenge to their views on what the Council is and how it should work. In particular, Western States (rightfully) defended the prerogatives of the UN to protect as well as to promote human rights (i.e. in situations where a State refuses to cooperate and instead continues to violate human rights).

More than any other Western State, China’s new resolutions represent a particular challenge to the interests and human rights ‘worldview’ of the US. As the US withdraws – or threatens to withdraw – from important UN bodies and organisations, so its emerging superpower rival is increasingly willing to step in. Recent developments at the Human Rights Council fit this pattern perfectly.

From the moment the US decided to reengage with the Human Rights Council in 2009 (under the Obama administration), it has been (by some way) the most influential State delegation in Room XX – driving UN efforts to address important country situations (e.g. Iran, Sri Lanka, South Sudan) and thematic challenges (e.g. the fight against religious intolerance, protecting the rights to freedom of assembly and association). However, since the election of President Trump and the US’ decision to very publicly place one hand on the Council’s door handle, US influence has begun to wane.

Unsurprisingly, as the US prepares to step back, China is preparing to step in. The US increasingly understands this, and has started (to some extent) to push back. For example, in the end the US was the only country that voted against China’s resolution on ‘mutually beneficial cooperation.’

This, in turn, leads to an interesting final thought: perhaps, in the final analysis, the thing that will persuade the US (whether it is the administration or Congress) to stay in the Human Rights Council will not be whether the Council successfully completes the reforms demanded by Ambassador Nikki Haley in June of last year, but rather its fear of ceding the international human rights stage (and initiative) to its great geopolitical rival.