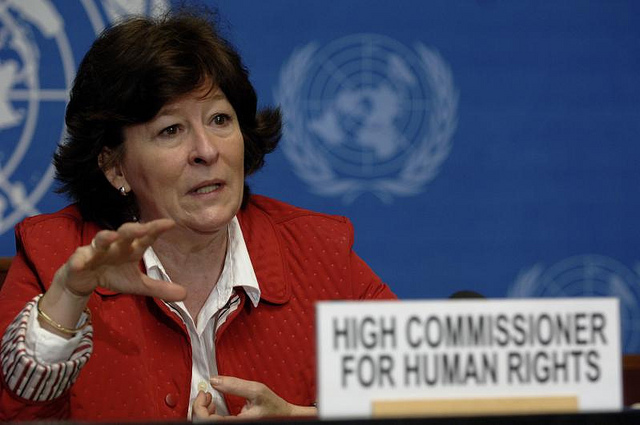 In the last decade, the international human rights framework has become addicted to norm-setting, devoting far too much effort to refining norms, tools and protocols, and not enough to their actual implementation. There have certainly been some important new normative initiatives, such as the Convention on the Rights of Persons with Disabilities. But now the challenge is that the international institutions protecting human rights are very weak; this will likely remain a challenge for a long time. They are, essentially, the UN’s Human Rights Council, with all its various mechanisms, and in extreme cases the UN Security Council. Both are inter-state bodies, however, where nations trade interests. Neither of these contains a judicial body (such as the European Court of Human Rights or the Inter-American Court), and as long as that remains true, implementation of human rights norms will always be deficient.

Another way to combat this sense of “Western dominance” is for civil society to have more voice in the UN human rights system. The Universal Periodic Review (UPR) system was brought into place when I was High Commissioner, and the driving idea behind it was the idea of universal scrutiny. Before the Human Rights Council and the UPR, many countries felt the old Human Rights Commission was selective, biased, and the human rights system was Western dominated. With the UPR, however, every country in the world, not just Belarus and Cuba, are objects of scrutiny. And it is not useful to compare Norway to Venezuela, or Russia to Bolivia. Instead, what the UPR does is compare each country against its own record to look for measurable progress, regression or stagnation.

It is true, of course, that standard setting mechanisms are only put into practice amongst communities or countries that are already committed to the general agenda. Yet in a sense, it is better to engage everybody within this positive agenda, even if it means that some are completely left behind. If you had to find the model that would make North Korea become a fully human rights-based country, you would hold the entire system hostage waiting for that to happen. It is better to work with those trying to engage and refine the thinking, with countries that have at least publicly expressed a positive disposition towards progress. That is a better investment.

Investment, however, can also become a sticking point. NGOs have to get funded, and the aggressive pursuit of resources plays into the hands of many governments, particularly in the global South, who claim that human rights work is a self-sustaining racket. NGOs need to show that their country is bad, to generate more money and hire more people. These new staff members then produce more reports saying conditions are bad, securing more money for their organizations. Governments see this as an industry, and NGOs’ competition for resources feeds that narrative.

But at the end of the day, the main sources of funding for human rights are still in the North. It is incumbent on Northern NGOs to be open to partnerships, and to share and support groups in the global South, many of whom have a better understanding of the contexts in which human rights promotion and protection takes place.

The flipside of that, of course, is that NGOs in the South are often very limited in their ability to internationalize. But the more parochial they remain, the more difficult it is to have these partnerships with a broader community.

Take Sri Lanka as an example. In 2010, the International Crisis Group, among other NGOs, documented massive war crimes and crimes against humanity. We estimated 30,000-40,000 casualties during the government’s war against the Tamil Tigers (LTTE). Many Northern NGOs pushed for accountability mechanisms, including an international commission of inquiry. The government promised they would do this themselves, but did nothing. The issue comes up in the UN human rights council every year, but it is very difficult to get Southern countries interested. They don’t know much about Sri Lanka, and they can’t make the effort. This is a huge shortcoming, as it leaves the international NGOs to apply the pressure on their own. As a result, it looks like the big Northern groups are picking on poor, small Sri Lanka. The Northern-based international NGOs that speak on abuses in Afghanistan, Pakistan, Sri Lanka and Guinea-Bissau, among many others, must be joined by the voices of their Latin American and Asian friends, among others. Without those voices, the Northern NGOs have less and less credibility.

During the “Arab Spring” I mentioned the need for a “New York and Geneva Spring”, by which I meant denouncing the shortcomings  of the international human rights protection framework. In Tunisia and elsewhere in the Arab world, civil society rose up to challenge the existing political order. Globally, we are not there yet; civil society is not yet posed to challenge the international order, and maybe progress can still be made inside the box.

But there may come a time when people will turn their backs on the international human rights framework, because it is too slow to deliver. Or they may take the system in a much more radical direction.

This article first appeared on openGlobalRights. A longer version of the article was first published in Sur Journal’s 20th issue here, produced by Conectas.