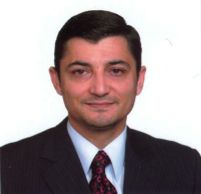 Incitement to religious hatred, discrimination and violence needs to be addressed by everyone, and at all levels. That is especially so when one considers the increasingly globalised and interconnected world in which we live — events on one side of the planet can have immediate and far-reaching consequences for people on the other side. News relating to religious discrimination or violence not only impacts upon those directly affected, but also the broader international community. That is why we need to adopt a common, holistic approach to combatting religious intolerance. All countries face challenges in this area, and we should therefore work together to address those challenges – learning from each other’s experiences and empathising with each other’s situations. The need to do so is particularly urgent when one considers that the socio-cultural makeup of many countries is undergoing a period of rapid change – meaning racial or religious discrimination, amplified by globalisation, has the potential to quickly snowball into situations of insecurity, conflict and radicalisation.

The past two decades have seen many well-publicized examples of incitement to religious hatred and discrimination, including the terrible and despicable killing of non-Muslims by the so-called Islamic State, the appalling treatment of Rohingya Muslims in Myanmar, the desecration of holy scriptures and sites in different parts of the world, and the senseless printing of caricatures of the Prophet Muhammad (peace be upon him). These and other developments have fed into a growing climate of alienation, isolation, rejection, polarization and exclusion among affected communities, which in some cases has led to violence and the loss of innocent lives.

The need to address these challenges has long been recognised. Nevertheless, countries have not been able to properly address them due to political and religious sensitivities and the divergent perspectives of different nation States. It was against this backdrop that the OIC resolved to push for a new global human rights order based on mutual respect, tolerance and acceptance of religious diversity.

In 1999, the OIC presented a draft resolution at the UN that sought to protect people against all forms of human rights violations resulting from the defamation of religions. Though first adopted by consensus, discussions on the resolution became controversial, based on concerns, from some quarters, about placing undue limits on freedom of expression, and about creating policies to protect religions or beliefs instead of individuals and communities.

To continue moving the agenda forward, the OIC then embarked on a different approach by addressing the issue from the perspective of existing human rights law. The underlying reason for the new approach was a need to address the core issue of growing discrimination based on religion through a consensual approach, an approach that would avoid ideological division and put in place an action-oriented policy framework. OIC recognises and appreciates, in this regard, the positive role played by key international partners such as the US and EU countries, which helped it draft Human Rights Council resolution 16/18, a resolution hailed at the time and since as a triumph of multilateralism and a historic milestone in UN efforts to combat religious intolerance and discrimination.

The resolution is rightly described as the most balanced and focused UN global policy framework on this subject. It also has the unique distinction to having its own dedicated follow-up process. In July 2011, the OIC Secretary-General, the US Secretary of State, the EU High Representative, and leaders from other key Western and OIC countries met in Istanbul and agreed to an informal follow-up mechanism to implement the action plan contained in resolution 16/18: the Istanbul Process.

While there are differences of opinion over certain aspects of, and specific points in, the 16/18 action plan, both the resolution and the Istanbul Process remain the most practical, consensual and theoretically-workable framework for addressing religious intolerance and discrimination that the international community has ever possessed. There is a general agreement that differences of opinion should not prevent the implementation of agreed points. Simultaneously, there is an acknowledged need to address every aspect of the action plan in a uniform and universal manner.

Since the consensus adoption of resolution 16/18 in 2011, there have been five meetings of the Istanbul Process: in Washington, London, Geneva, Doha and Jeddah.

The last meeting in Jeddah showed that political commitment at the highest level is crucial for the full, effective and universal implementation of resolution 16/18. It also helped to streamline discussions, share best practices and develop outcomes to implement the resolution at all levels. The Jeddah meeting also underscored: the need for governments to prioritise training for relevant officials; the important role of religious and community leaders as well as civil society in addressing the root causes of religious discrimination; and, most crucially, the importance of avoiding double standards in the implementation and promotion of the resolution – something that will help preserve international consensus.

The OIC has always upheld the principle of discussing ideas, values or beliefs in an open, tolerant and respectful manner. At the same time, however, it also stresses the importance of not defaming and/or insulting religions and their symbols, something that leads to the negative stereotyping and profiling of the adherents of a particular faith, acts which directly impinge on peoples’ human rights. The importance of critical thinking is, like other religions, recognized within Islam. However, there is a distinction between criticism and constructive discussion, which are legitimate parts of freedom of expression, and sheer disrespect, defamation and negative stereotyping, which fall within the category of inciting religious hatred.

The proponents of absolute freedom of expression argue that prohibition on free expression risks leading to reversals in the positive democratic developments seen around the world in recent decades. However, on this point I humbly disagree. When freedom of expression is stretched into the realm of hate speech and incitement to discrimination and hatred, it becomes an abuse of that very freedom. The underlying reason for freedom of expression is to provide space for the development of progressive, mutually respectful and tolerant societies. Hate speech or incitement to hatred or discrimination does the exact opposite. It has, precisely for that reason, been prohibited under international human right law and several countries have imposed legitimate restrictions on this freedom where it might be used to incite hatred, discrimination or violence.

There is a growing recognition of the need to ascertain the limits of freedom of expression so as to better determine where it turns into incitement to hatred. Greater international clarity and understanding around this point will help ensure the uniform application of the prohibitions prescribed in international human rights law. This is particularly important in order to ensure equal treatment and the equal application of existing anti-discrimination laws so that all targeted/affected groups and individuals are protected from intolerance and incitement to hatred, a message that echoed loudly during the 5th meeting of Istanbul Process.

Last month, the Human Rights Council adopted another consensus resolution following-up on resolution 16/18. That adoption sends an important political signal that the international community retains a common resolve to work together to combat the menace of incitement to hatred, discrimination and violence based on religion, through the well established framework of international human rights law, and at national, regional and international levels.

Key Member States have also begun informal discussions to formalise a core group that should steer and regularise the Istanbul Process meetings in a logical, coherent and forward-looking manner. Such a core group would also help promote meaningful follow-up.

In another positive development, there is clearly a growing interest in the resolution 16/18 action plan and the Istanbul Process, on the part of UN Member States from different regions of the world, including Chile, Argentina and Singapore. This reflects a growing and widening belief in, and commitment to, resolution 16/18 as the most coherent and workable international policy framework available to combat incitement to hatred, violence and discrimination based on religion or belief.

With this positive outlook in our minds, all parts of the international community can look to the next annual meeting of Istanbul Process with hope and determination. By working together to implement the 16/18 action plan, I have no doubt that we can overcome the challenges we face through diplomacy, cooperation, legislation and engagement.

For more information and analysis on resolution 16/18, and reports of Istanbul Process meetings to date, see URG project page.